And we’re all pretending it’s normal

Seeing as how they’ve made it to the snapchat filter, it should be pretty obvious that bikes are a key part of Oxford life. But nothing can quite prepare you for the near-death experience of sleepwalking past the RadCam each morning, desperately avoiding bikes coming at you from all directions. It’s an enlivening experience. 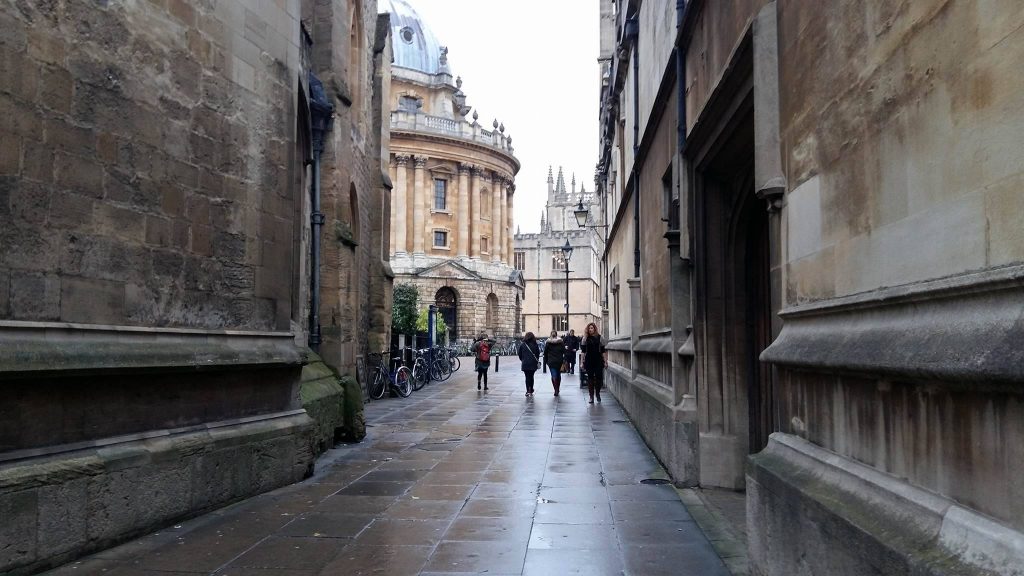 It’s more dangerous than it looks

The tourist guides and college handbooks claim cycling’s the easiest way to get around the city, and looking at the streets, you can see why. Still, some strange cult has built up around cycling, as though it were normal in any other city for people to carry helmets around like handbags, or finish their Itsu 10 minutes early because they think they chained their bike up to an illegal railing. At some point, this probably all becomes normal. Coming from basically any other city in the country, it’s terrifying.

Before I came to Oxford, the only time I’d heard a bicycle bell in the last six years was as a text alert. On my first day, that split second-delay led to me almost getting hit by a succession of bikes. It was around that point I lost any sense of security. 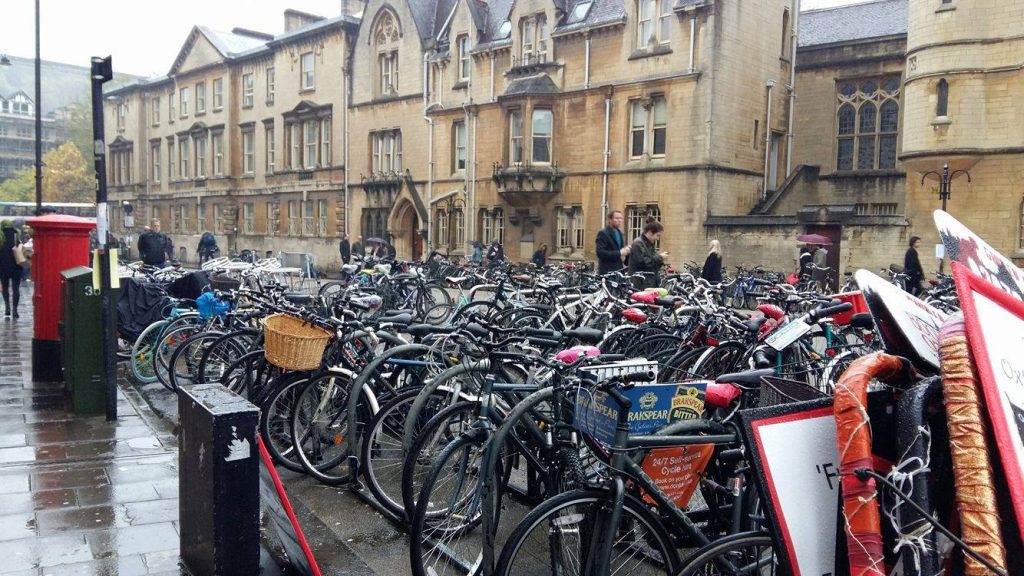 It’s all a bit excessive really

Don’t be a traitor

In fairness, there are two types of people who appear to cycle. The first are the ones who talk about it all the time; cycling gloves, riding gear, lycra. These are okay. They’re easy to identify. It’s the other ones who are the true traitors, the ones who you trust are your normal, friendly, coffee-drinking, pedestrian friends who suddenly turn around and say they’ll meet you there.

This situation, aside from being a complete and utter heartless betrayal, really benefits no one. You spend a miserable fifteen minutes trudging alone along the damp cobblestones of Oxford, and they get there ten minutes early, spending at least five of those searching for a place to lock up their bike. What’s the point? Maintain your friendships, guys, not your aesthetic. 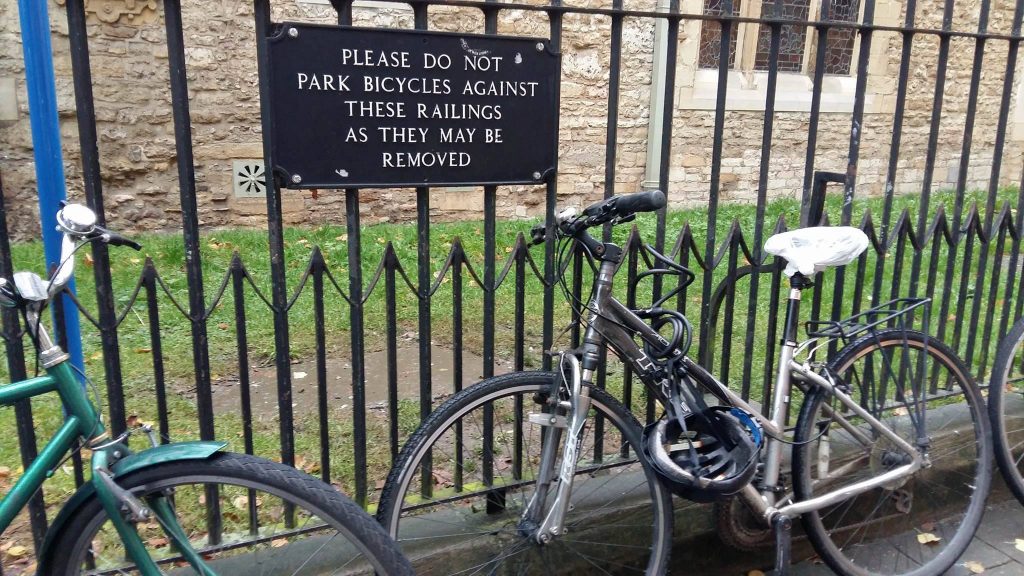 No street is a pedestrian area

Since no one’s really worked out whether a bike’s a vehicle or not, Cornmarket is home to cyclists either trying to sprint through to Broad Street or awkwardly walking their bike down. It isn’t much of a look, but probably results in fewer casualties. 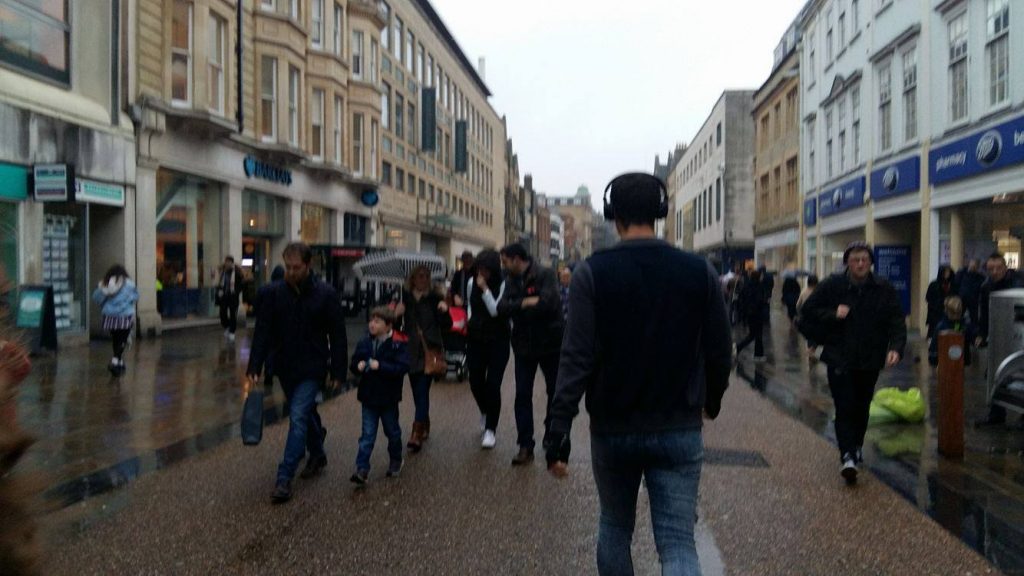 Is Cornmarket pedestrian? Who even knows

Since bikes are also not-really-a-vehicle, crossing the road is turned into a precise art. You would think that with fewer cars you would have less traffic, but instead you more often have three cyclists heading towards you at different speeds, turning the whole thing into some sort of stressful game of space invaders. Pair this with the universal minority of cyclists who believe traffic lights don’t apply to them, and you end up feeling like you’ve seen the other side more often than preferred before your morning lecture.

It’s not an understatement to say they’re everywhere

Chained to just about every railing in the city (the fact that they need angry signs should say something by itself), you almost get accustomed to the crazy cyclist mindset. You start choosing your favourite bikes. You realise, despite your best efforts, you’re becoming one of them. It’s not too long before you start considering joining the masses yourself: at least, until you realise Year 6 cycling proficiency in no way prepared you for the terrifying, terrifying experience contained within the roads of Oxford.