So we’ve heard that gender neutral toilets have arrived in Catz and quite frankly, we’re wondering why this isn’t the case for more colleges. There still seems to be so many obstacles in place that stop colleges making the changes needed. I mean, I know we’re at Oxford and everything takes forever to be changed, but can this be used an excuse for being years behind other unis?

The Vice President of Catz, George Carew-Jones, posted a photo last week showing the newly installed gender neutral toilets, saying: “After about two years and many long and testing conversations with old men about the concept of gender non-binaries, gender neutral toilet signs have finally arrived in Catz.”

George told us about the process of getting gender neutral toilet signs installed. It was in 2014 that the motion was originally put up and a week ago they were finally revealed. The VP said one of the biggest difficulties was trying to get those on the college committee to understand what gender non-binaries actually were. With six different meetings with college officers and two years of waiting, the process is arduous and requires a lot of patience.

An aspect that is often neglected is the more practical side of having them produced. Catz’s VP explained how an original sign was designed but was rejected because “it didn’t fit onto the architecture of the building.” With so many things to consider, it is testament to the determination at Catz that the toilets are up and functioning at all. 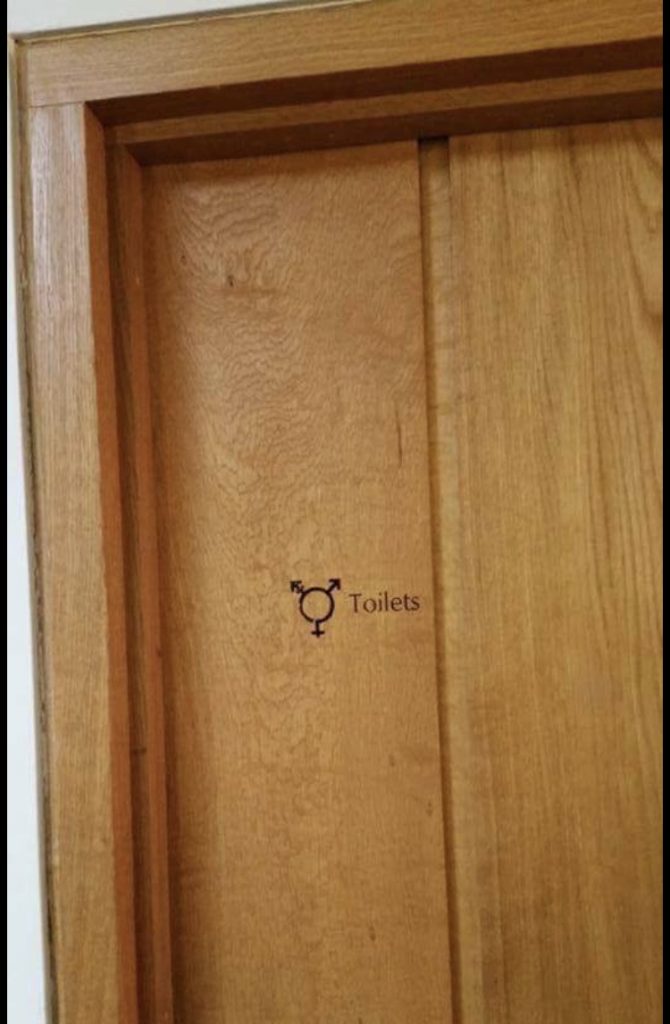 And here is the ‘sleek’ design

No one can deny that there is still so much left to be done in order to streamline the provisions across Oxford. As shown with Catz, it appears only time and perseverance are the way to do this. But in order to do this, there needs to be more people who are willing to push for change and keep pushing even when it seems like it’s going nowhere. Criteria are present for a reason, not just to make change difficult. However, the question must be asked: are there too many barriers to face when trying to bring about change?

Oxford appear to be hypersensitive about change and this puts many people off even trying to make a difference. But Catz have showed that it is possible, it just has to be something that you’re passionate enough about changing (and obviously make the demand a reasonable one!) So keep pushing, gender neutral toilets are only the start.