Speaking as part of an unusual alliance, alongside orthodox Rabbi Shmuley Boteach, to Oxford University students, Pamela told of the shocking treatment she’s received from men throughout her life. She said: “I was completely offended, like everybody else, and I don’t like the way he said it was just locker room behaviour because I don’t believe that’s true of the men who do speak that way.” 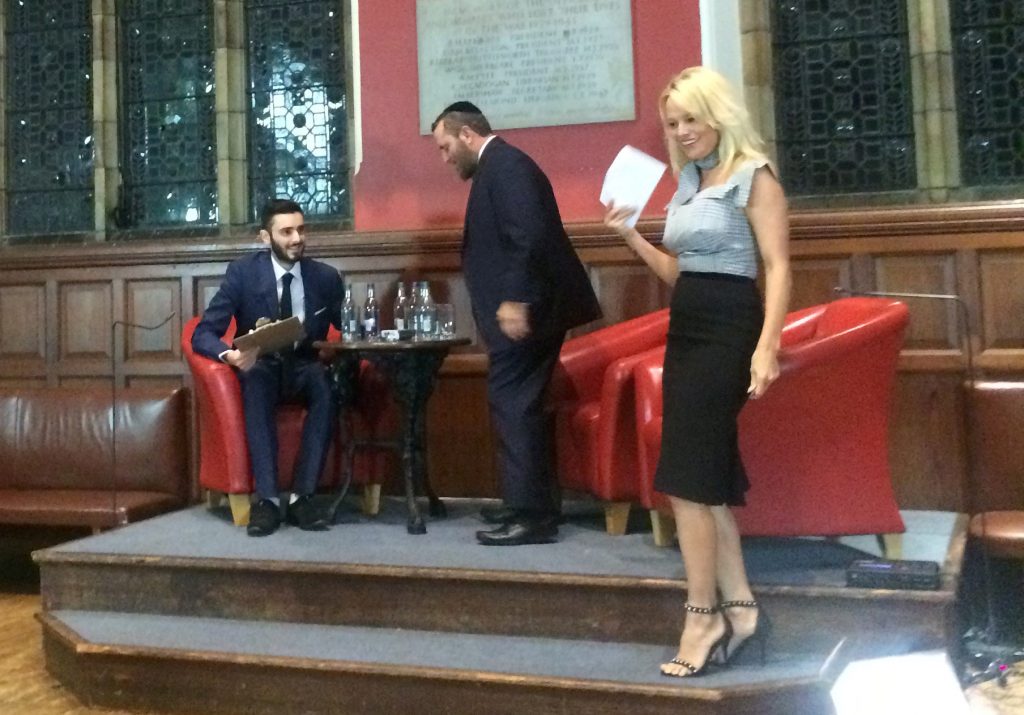 Rabbi Shmuley said: “Our president is also going to have an impact on your lives – because our president will be the leader of the free world, and it’s so embarrassing that our republic can produce such an embarrassing presidential race. Trump’s comments about women are downright shocking. Shocking and astonishing.

“We’re living in a culture where women are portrayed as just a sexual plaything. I reject Trump’s portrayal of machismo, of the ‘real man’ is the man who dominates women. Donald Trump has shown an inability or a difficulty in apologising or demonstrating weakness.”

After telling the packed audience that she was raped and abused by men, Pamela added: “I see my friends and how they talk about women, it’s kinda difficult. But I think Trump’s words are absolutely sick. It’s terrible and I’ve heard other men speak that way, even about me, and it cannot be swept under the rug.

“It’s got to stop, you’ve got to have respect for women, behind closed doors, around women and around men.”

With Pamela Anderson right before our Oxford union speech pic.twitter.com/3XCdp0kzv4

“I think it’s much sexier if we keep ourselves to ourselves.”

Spoke to Pamela Anderson @pamfoundation after her talk at the #OxfordUnion. She was very kind and graceful. #PamelaAnderson #Oxford pic.twitter.com/nW72ZewN2B

She said: “It is not fine to be slapped, called a whore and spat on – it’s sick, it’s hurtful, it’s demeaning and it’s terrible, terrible sex.