Silverware on the line in Sunday’s Oxford-Brookes varsity match…

For most teams at Oxford, the Brookes varsity game doesn’t mean all that much. In rugby, it’s a complete non-event – I bet you didn’t even know there was a game this year. We didn’t. It’s a little better in football, and last year’s match was a cracker, but it’s still not a huge thing.

But for the American football team, it’s a big deal – because, for the better part of two decades, they played alongside Brookes. The combined Oxford Cavaliers were a mainstay of the old British Collegiate American Football League, and even made back-to-back national championship games in 2001 and 2002 – winning the former, losing the latter. 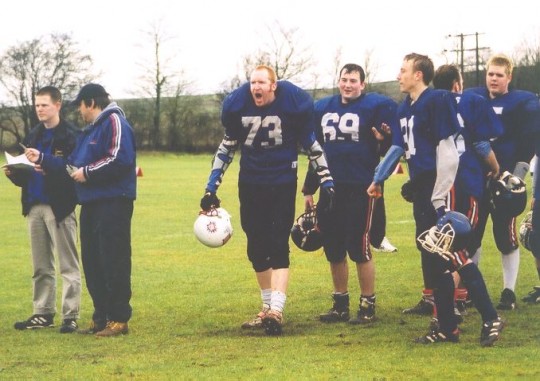 When men were men. Balding men, to be exact, but still.

It was a happy time, even if we weren’t the most successful side of the partnership, as ex-Cavalier and future Team President Guy Edwards related to us:

“So, the first play, of my first game, in my first year at uni, it was the last year of the Oxford Cavaliers, and we were playing Bristol. And I’d been to two kitted practices. But I managed to be the fourth starter at wide reciever. And I was nervous as hell…First play, and I’m in 10 yards of space.

And I’m so excited at being the best American footballer ever. The pass comes my way. It’s just me, and 60 yards of space to the goal line. The ball drops towards me and I’m so excited and all I can think about is how great it will be to score. 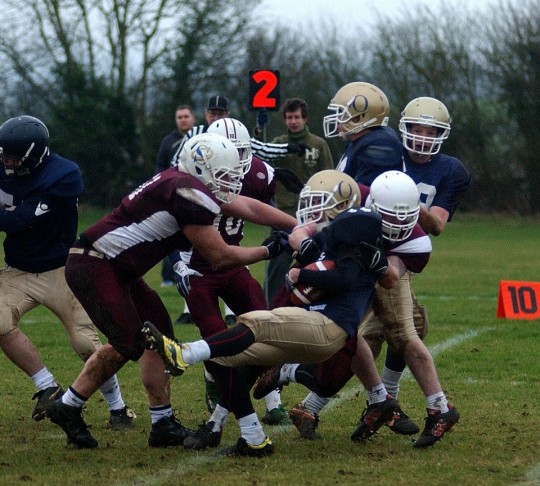 Guy played in last year’s game. Here, he looks on as one of his receivers gets flattened.

After many, many years of happy marital bliss, the teams were split by a new league mandate for single-instution teams in 2010. Brookes took the vast majority of the players, coaches and equipment. Oxford were left with five players, a coach, and not much else.

What did they do? They reformed (as the Oxford Lancers), rebuilt, and were able to field a team in the uni leagues again last season. They’ve already played one fixture against the Oxford Brookes Panthers (losing 41-0 last season), but this time they’ll be playing for silverware, as this season marks the inaugural contest for the Cavaliers’ Cup. 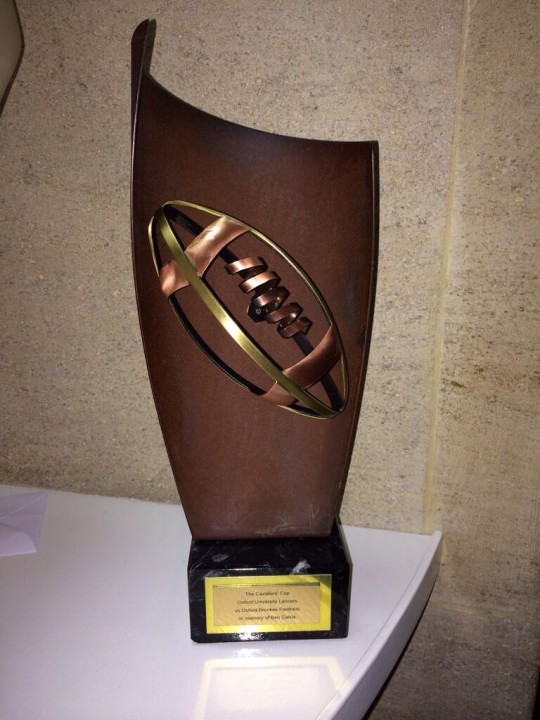 The two teams will clash for the rights to this trophy. Oxford currently hold it despite losing in 2013 by virtue of actually being able to afford to buy a trophy.

“When the team was disbanded, the decision was taken by the members to retire the name of the Cavaliers in respect of the successful collaboration of the previous two decades. Whilst the players on the two squads have all changed since then, there are a couple of coaches still involved with the teams to help continue the history.

That history includes telling the story of a former Cavalier (and OBU student) who epitomised the spirit of the team, and was one of the nicest people you would ever meet. Ben Callus joined the team as a fresher in ’04, as a skinny cornerback, and over the next few years worked his way up to make it onto the national student team (The also now defunct due to league ruling, GB Bulldogs). The trophy is named after his own suggestion, made shortly before he died in 2012 from a brain tumour.” 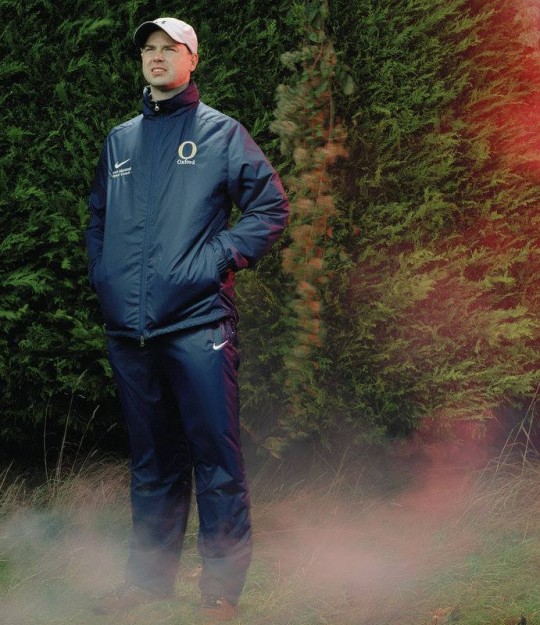 It’ll be a challenging fixture for both sides. While Oxford have come out far stronger than last campaign, boasting around 30 players on their roster and looking to add more, they’re still looking for their first win.

I’m not even going to try to caption this.

Brookes, on the other hand, have one win, but even with talents such as British international Bradley Maybury they’ve struggled so far this season and face a tough matchup against a hungry Lancers side. The Brookes Tab has the low-down on that sorry bunch of misfits. 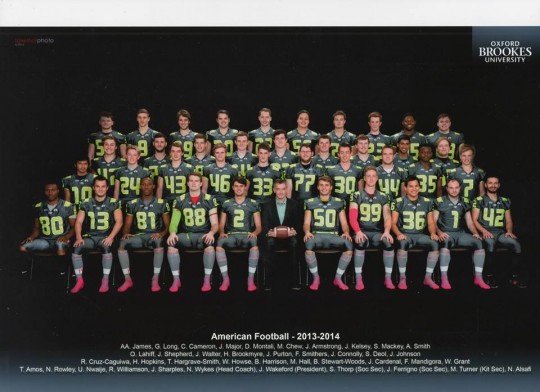 The Oxford Brookes Panthers, pictured during their training camp in a featureless void, held as such because it’s the only place where there was no-one to laugh at their horrible jerseys.

The game will be held on Brookes’ Harcourt Hill Campus on Sunday 2nd February (accessible via the U1 from the city centre); kickoff is at 1PM.

This new terrifying dog goat optical illusion is messing everyone up

Even when you understand it, you will still be confused