Oxford Brookes students Alex Archer, James Birley, Johnny Windsor-Clive and Miles Pattison-Appleton were first cautioned for having the dead birds hanging from their kitchen cupboards and bedroom wardrobes in an attempt to ‘age’ the meat. 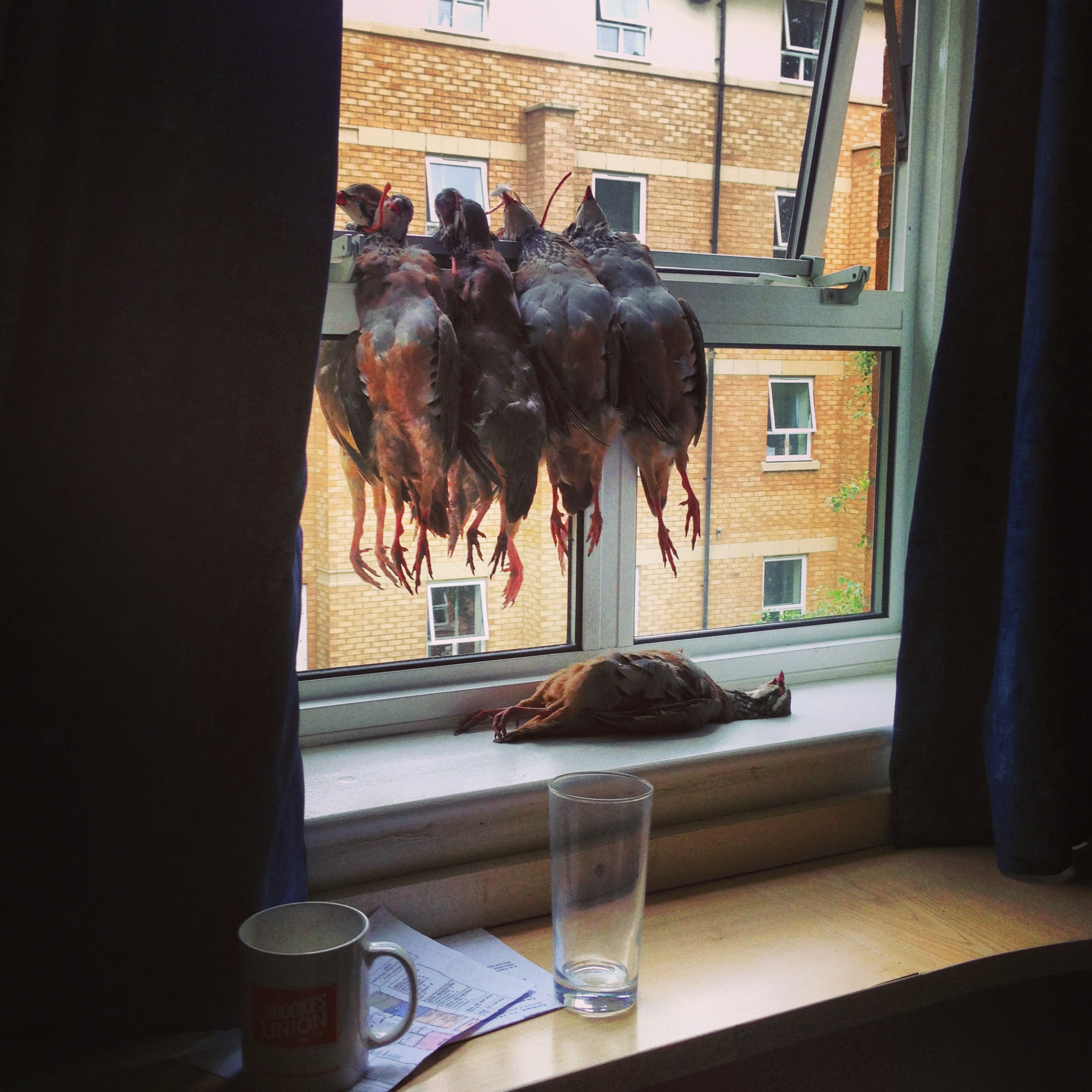 The boys went on to create scenes of carnage in the courtyard of their halls, Cheney Student Village, as they attempted to pluck the animals surrounded by onlookers and feathers.

This earned them a second caution from wardens.

The fresh blood surrounding them is believed to have come from Alex Archer after he sliced his fingers on the metal brace used to hang the birds. 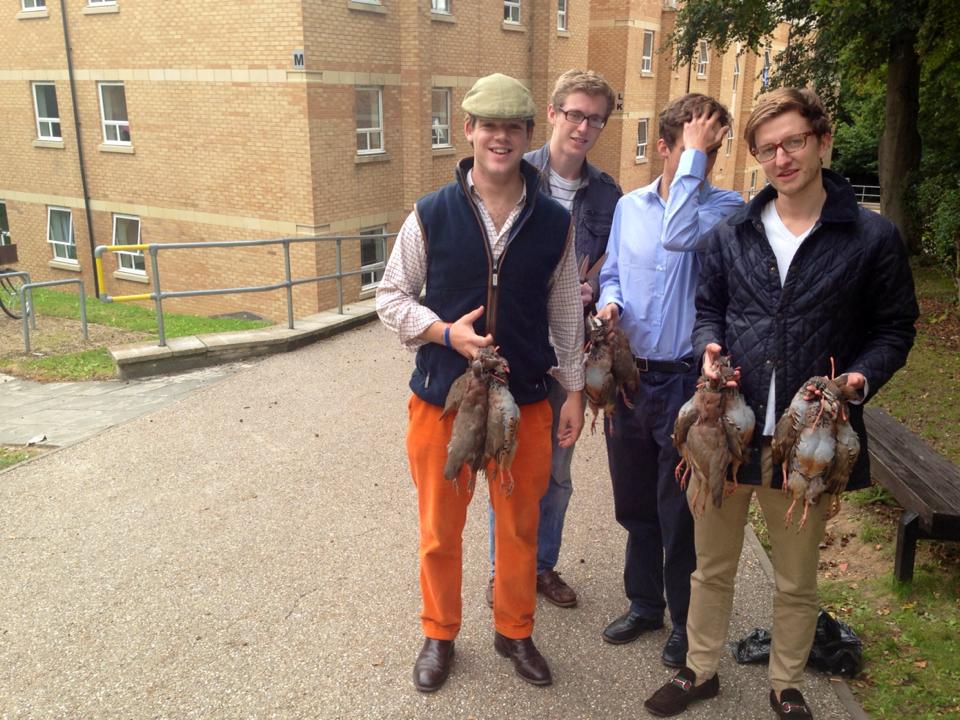 Birds of a feather: Shooting chums pictured together 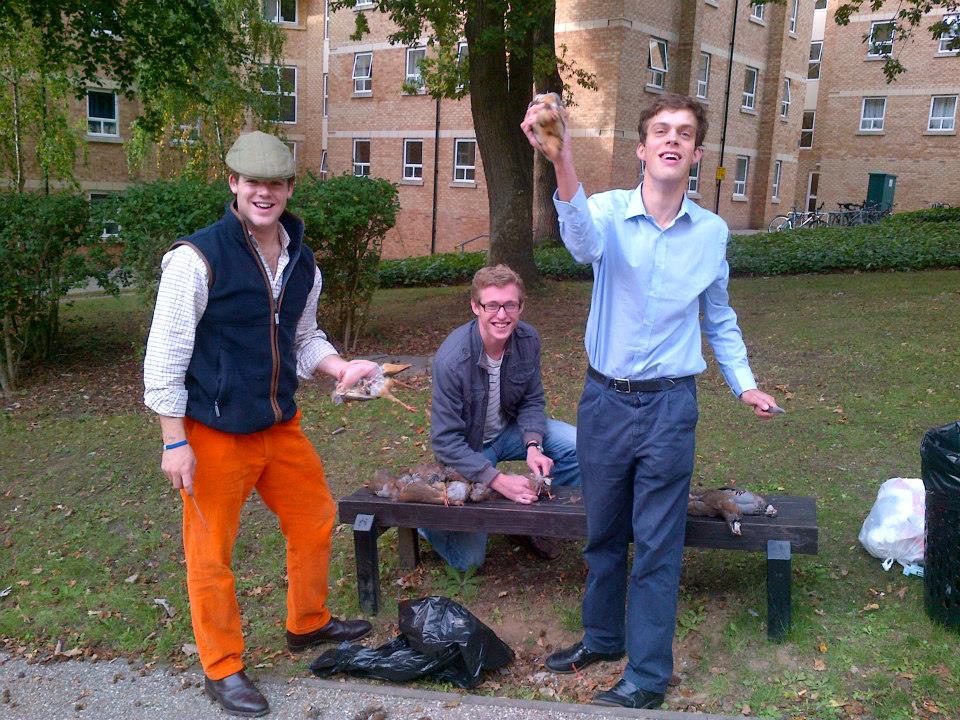 Plucking messy: A group of four can expect to bag fifty birds on a shoot

They have since been forbidden from storing and/or preparing any fresh game in a public or communal space.

Clearly unconcerned by their punishment the boys have posted photos of themselves holding their game and still dressed in tweed and flat caps on Facebook. 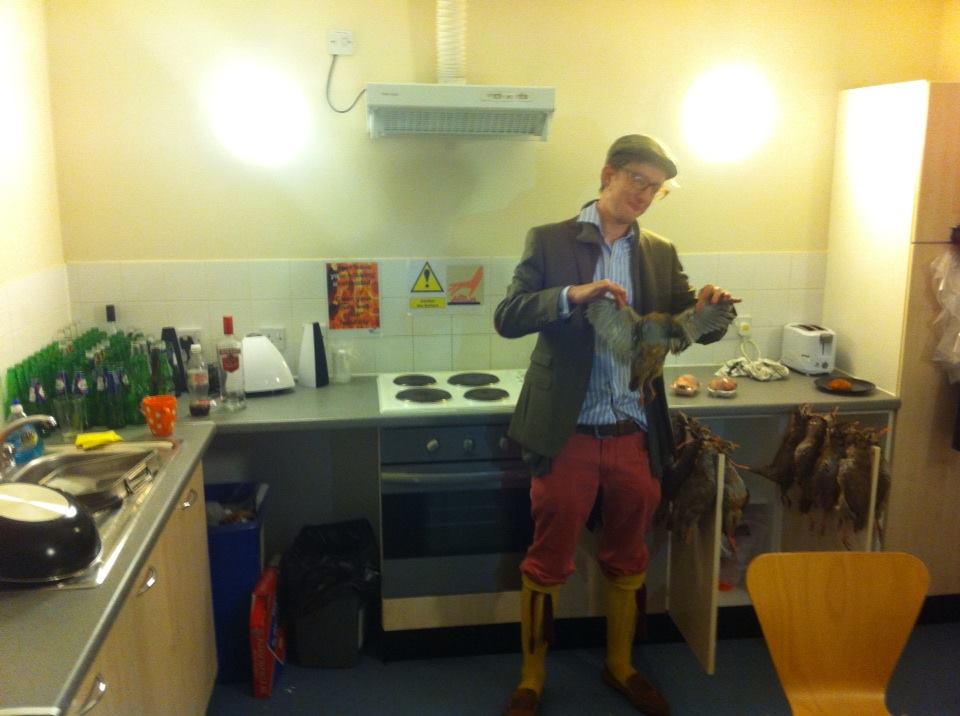 A poultry infringement: The boys were first fined for hanging carcasses in their kitchen

The Partridge season started on September 1st and continues until the end of January next year, a group of four can expect to shoot up to 50 of the animals in one go.