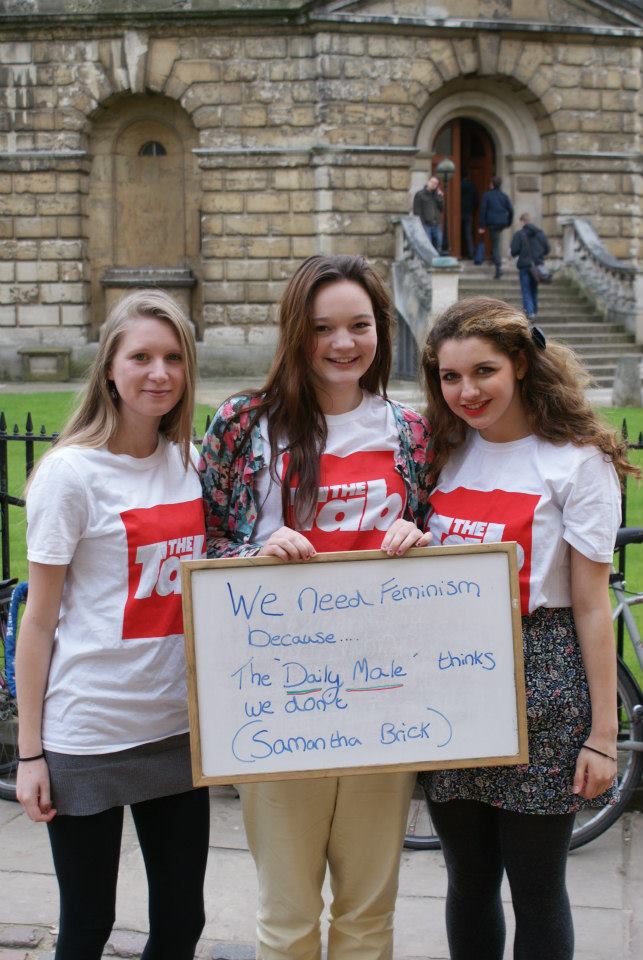 As many of you already know, Womcam launched a campaign earlier this week entitled ‘Who needs Feminism?’ 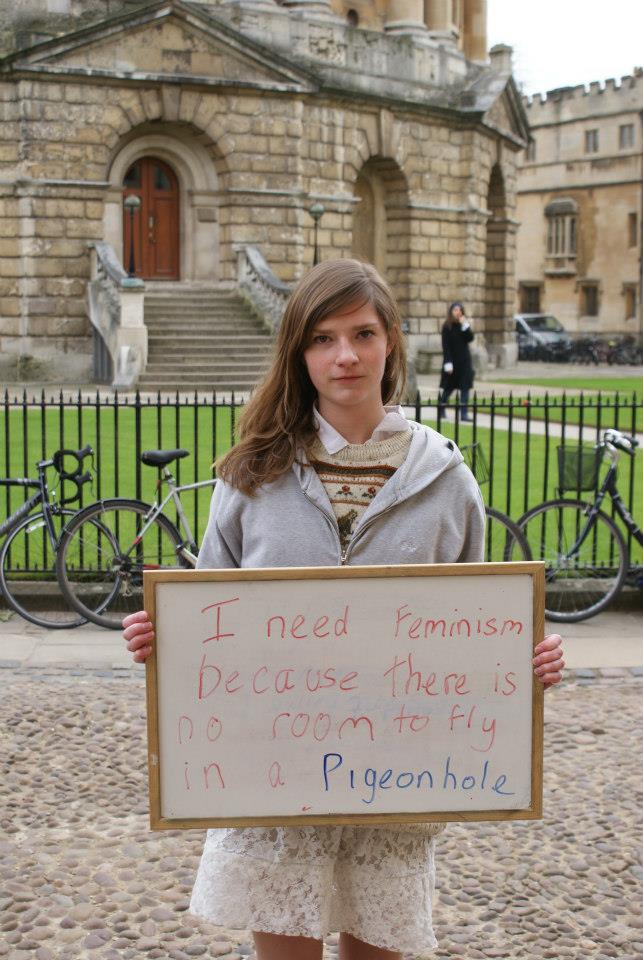 Nearly 500 people took part in the initial campaign and the response was so overwhelming that the organisers decided to hold another photo shoot outside the Radcam this afternoon.

The Tab’s coverage of the event alone has received over 48,000 views in less than three days. 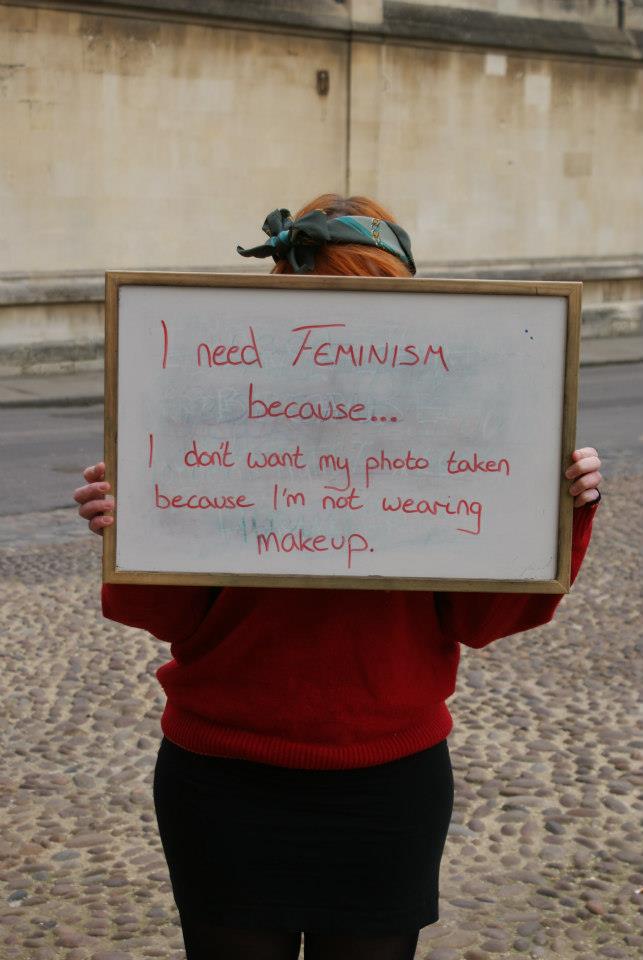 The campaign has been shared on Twitter by the likes of Caitlin Moran, Mary Beard and Rosamund Urwin. 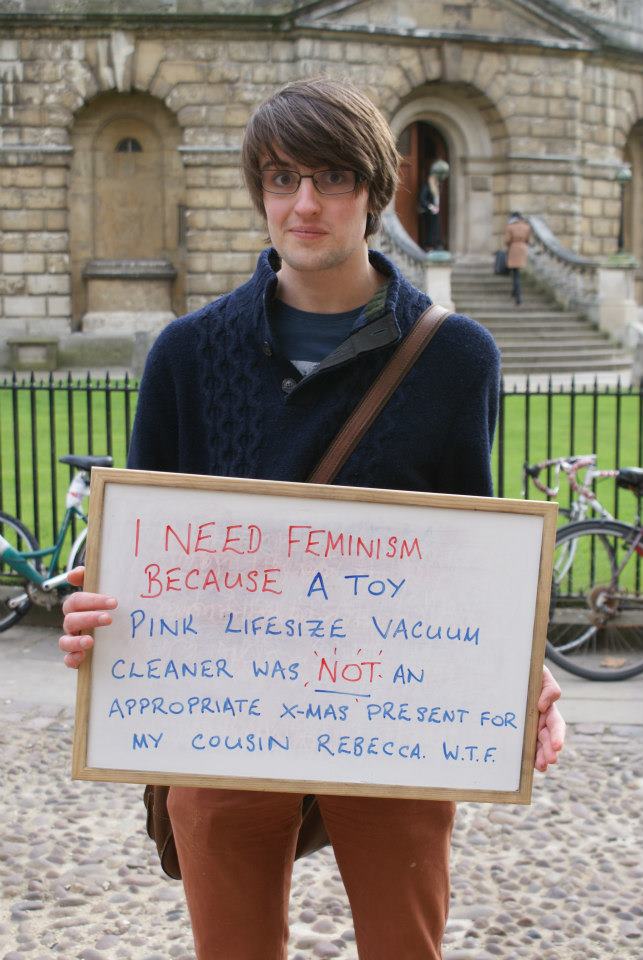 Some participants felt that popular media perpetuates gender stereotypes, with women being encouraged to look pretty while men think about the difficult things. 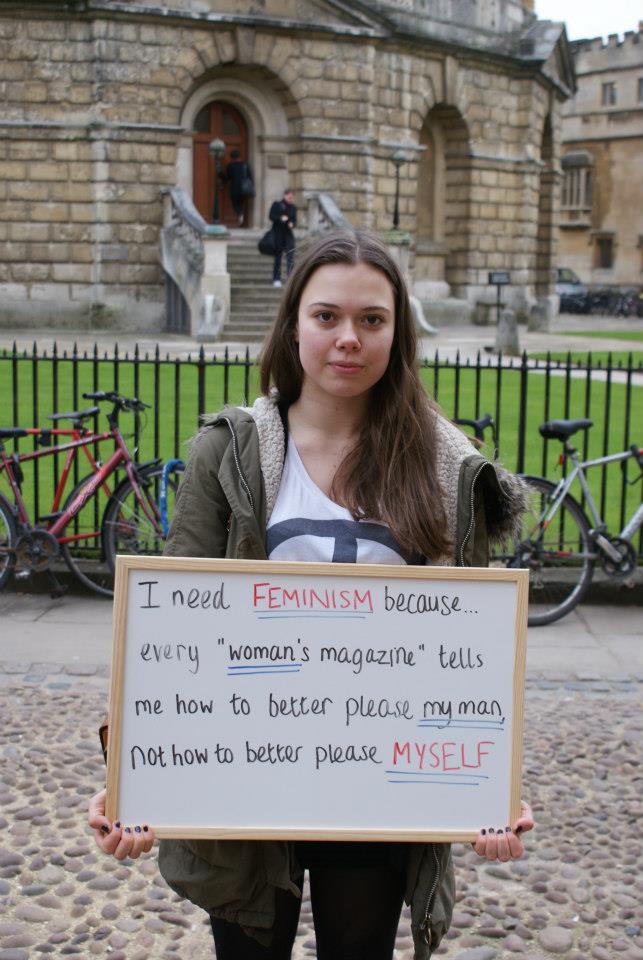 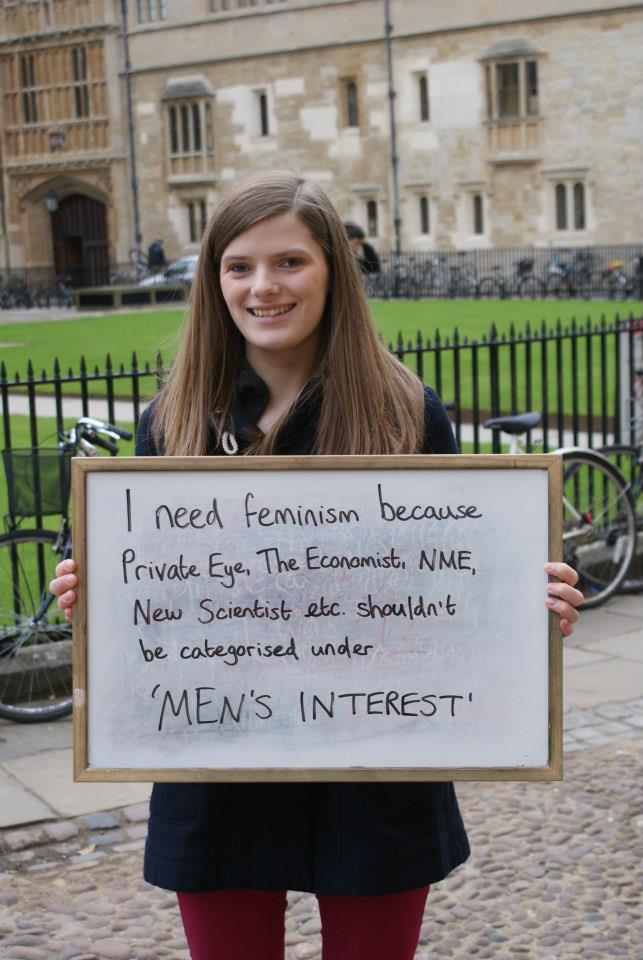 Manon, pictured above, a student at Worcester college, told the Tab that if we didn’t believe her, we should just take a trip to any Tesco in Oxford. 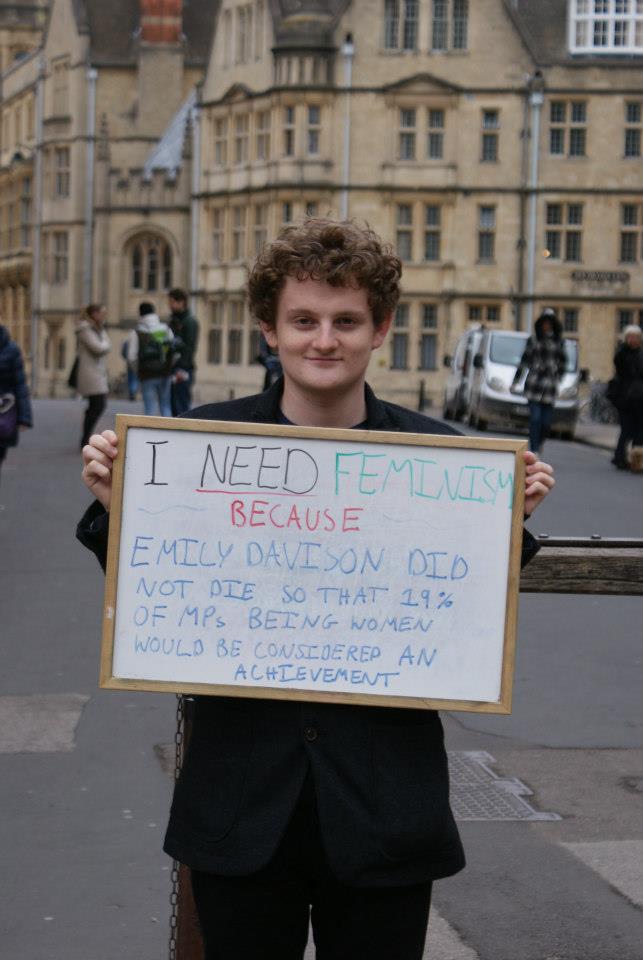 Elizabeth Van Lieshout, the photographer for the campaign, said that she was ‘blown away by the response’ and observed that ‘there have been some incredibly brave messages, where people have talked about very personal experiences, their gender and sexual identity, and have taken a stand that many of their friends might disagree with.

It’s fantastic to see that people are willing to take the risk of a negative response in order to help make change happen.’ 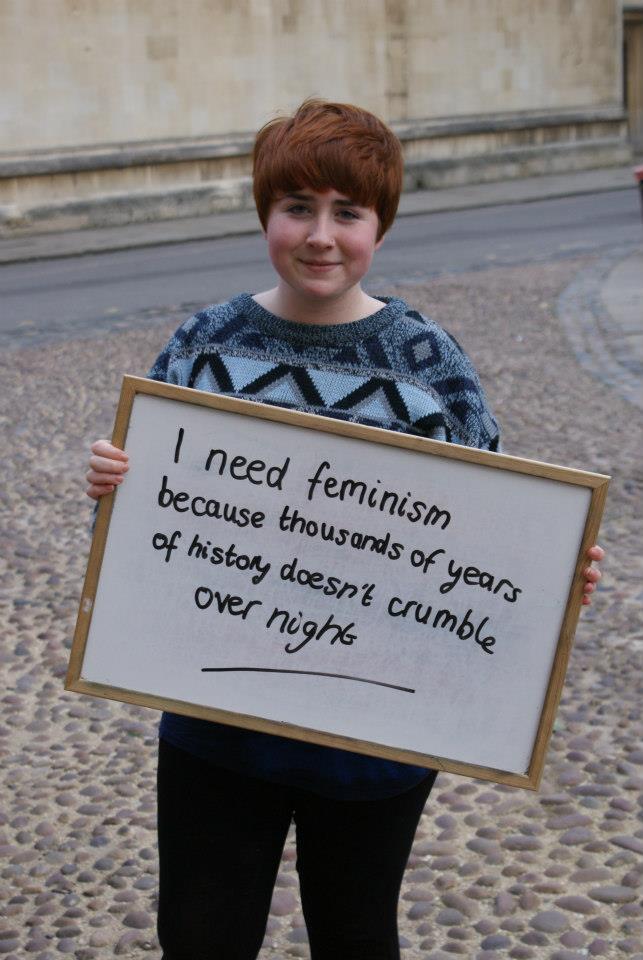 The extra photo-shoot today was attended by nearly 300 people, all with their own message about why feminism is still relevant in 2013 (including the Tab news team!). 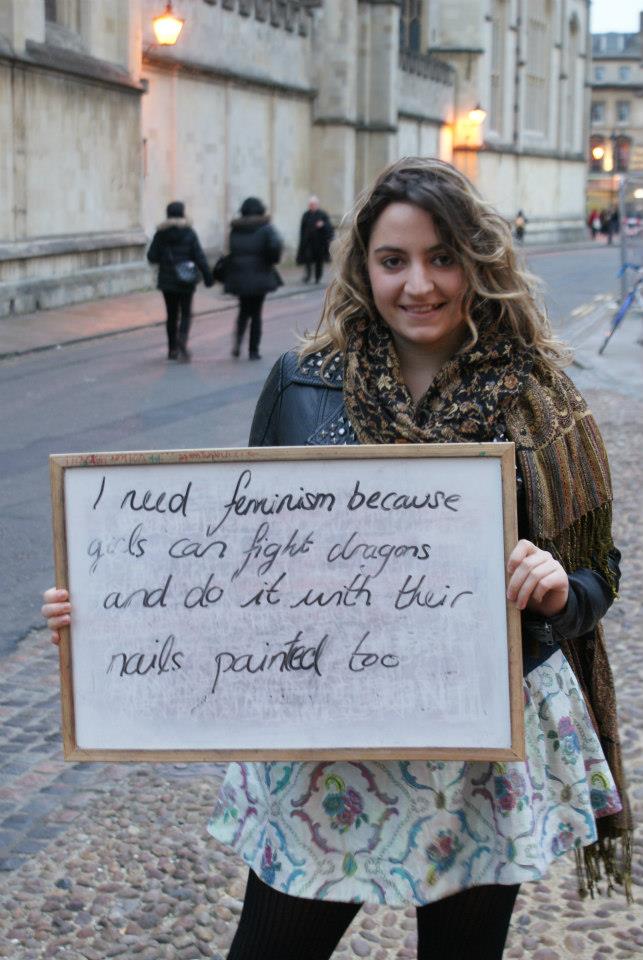 In recent years, women who choose not to shave have been vilified by the media and public alike, such as when Julia Roberts famously showed off hairy armpits at the premiere of Notting Hill in 1997. This student has chosen to challenge people’s prejudices on the streets of Oxford in the same way: 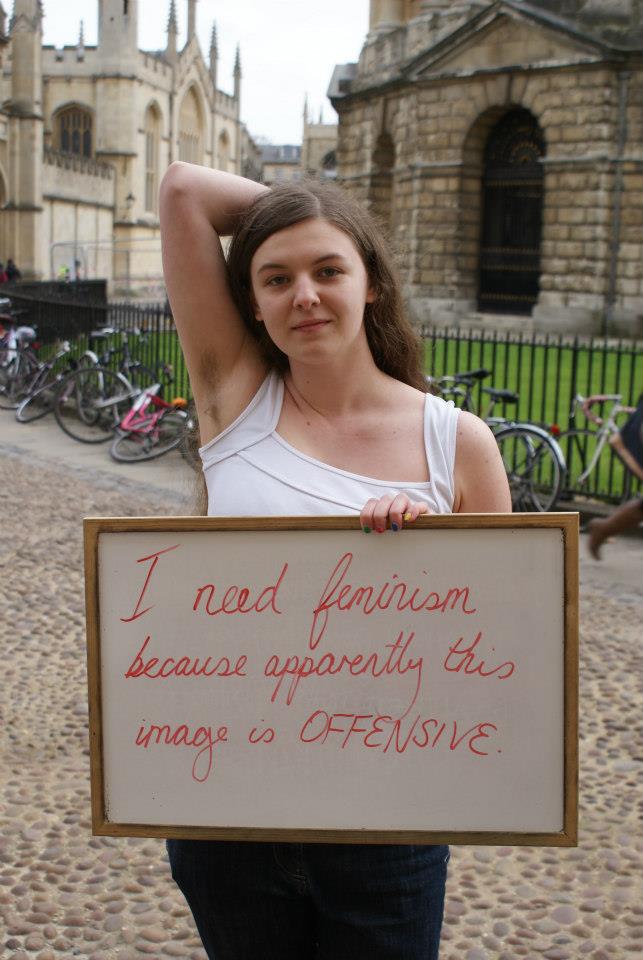 Some students had Oxford-specific complaints: 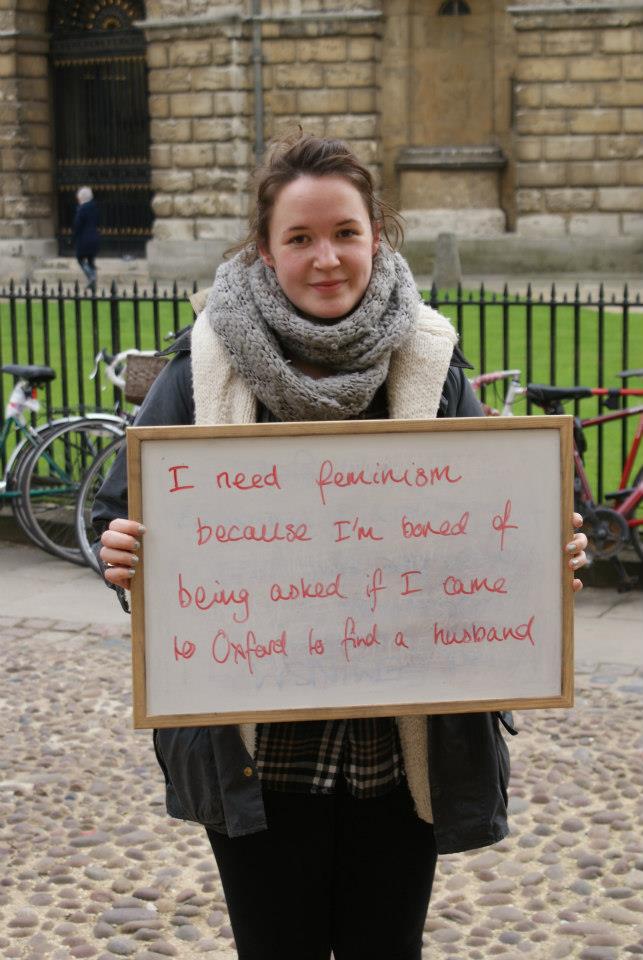 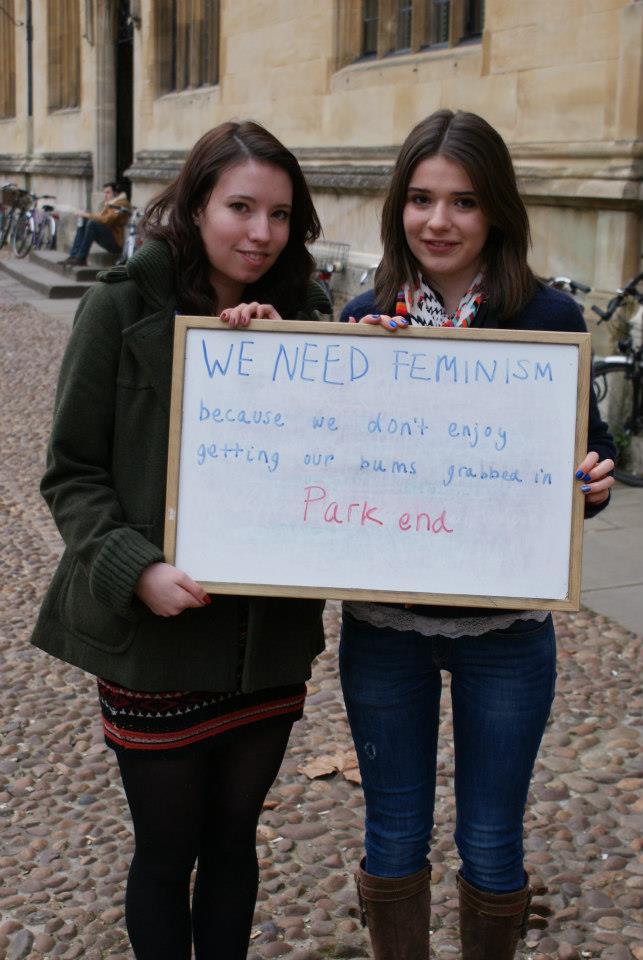 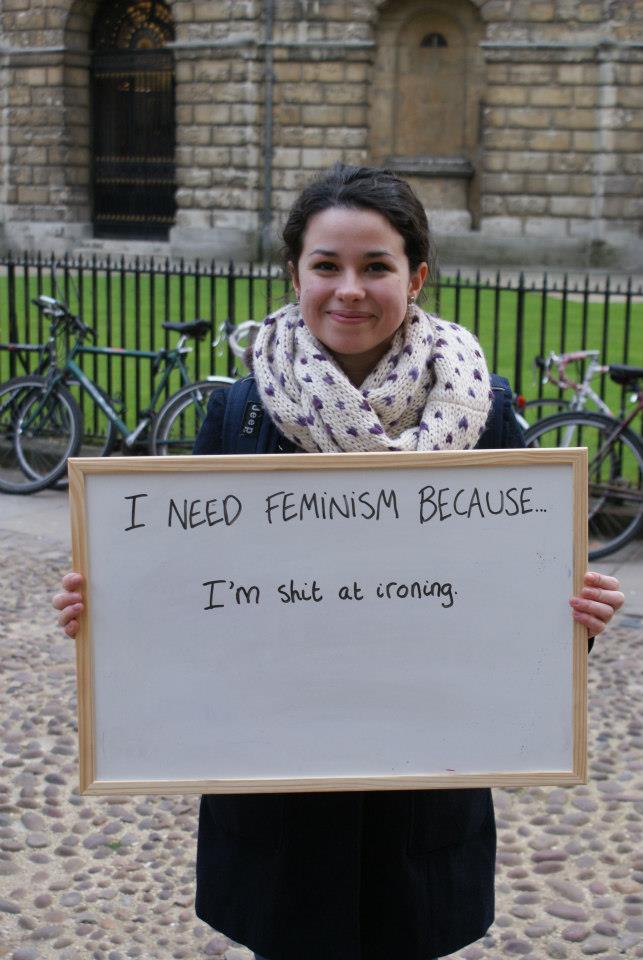 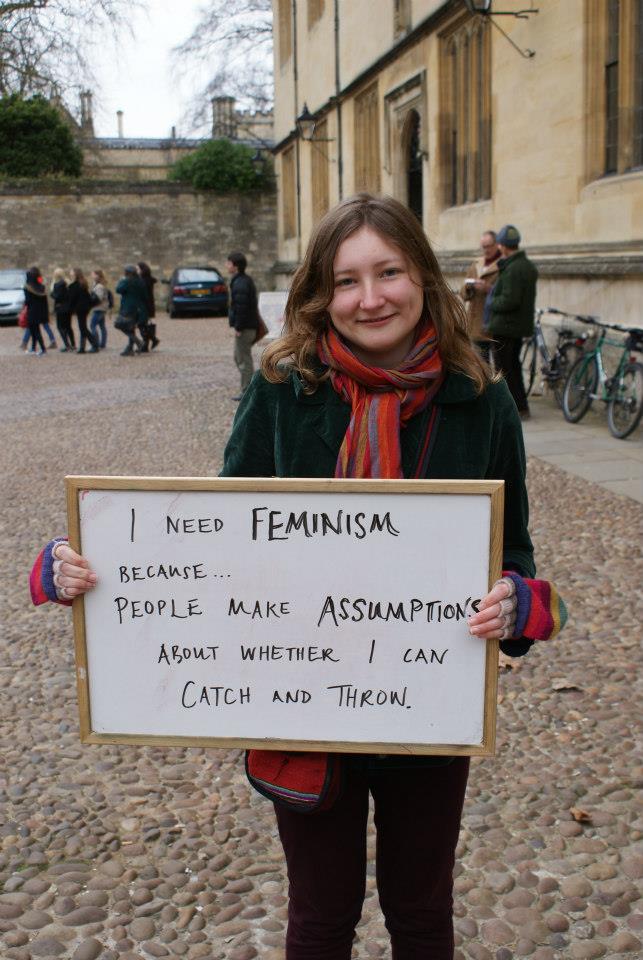 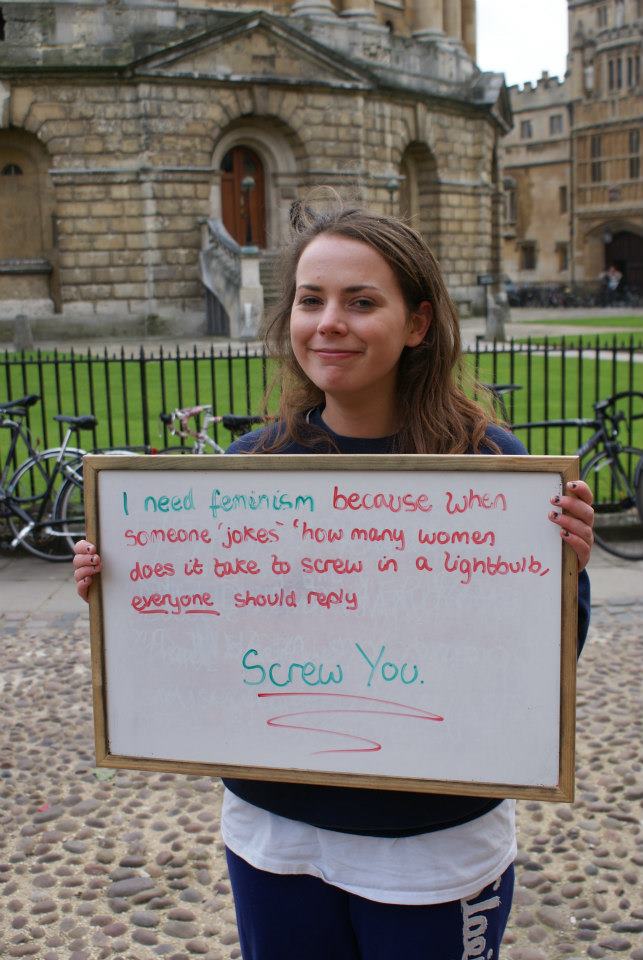 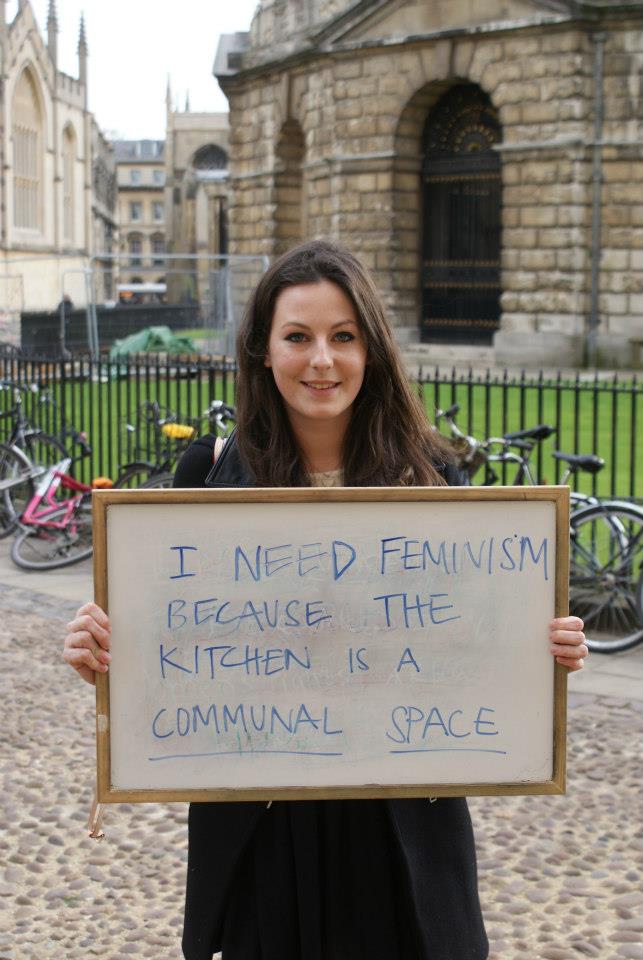 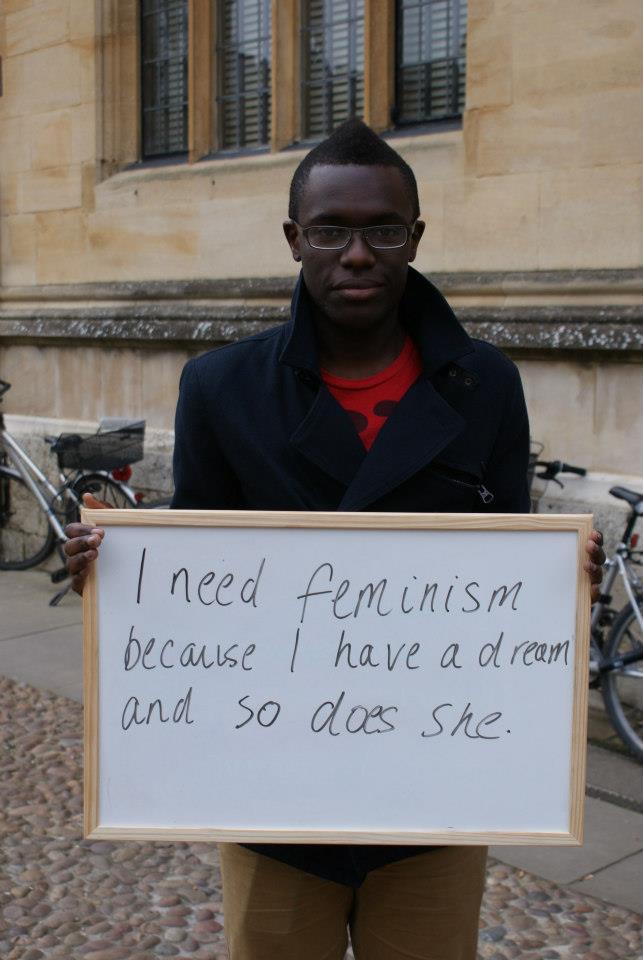 The response to the campaign has made one thing very clear: Feminism is still alive and kicking in 2013.