Check out The Tab’s guide to making the most of your university career and let us know how you SCORE. 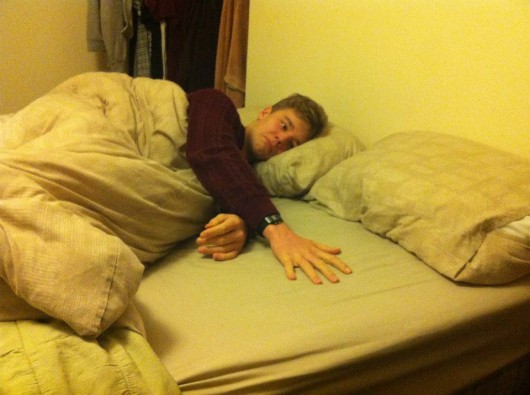 You’ll miss them when they’re gone

If you want to scream ‘vanilla’, then do it in your bedroom. There literally could not be a more boring place to have sex. If you have ever, at any time at all, had sex in your college bedroom then you are undoubtedly the most boring and normal person in the world.

You’re probably the sort of person who always does the missionary position and considers a blow-job racy. Seriously. You need help. Use this guide to go out and do something exciting.

Good For People who need to read on…. 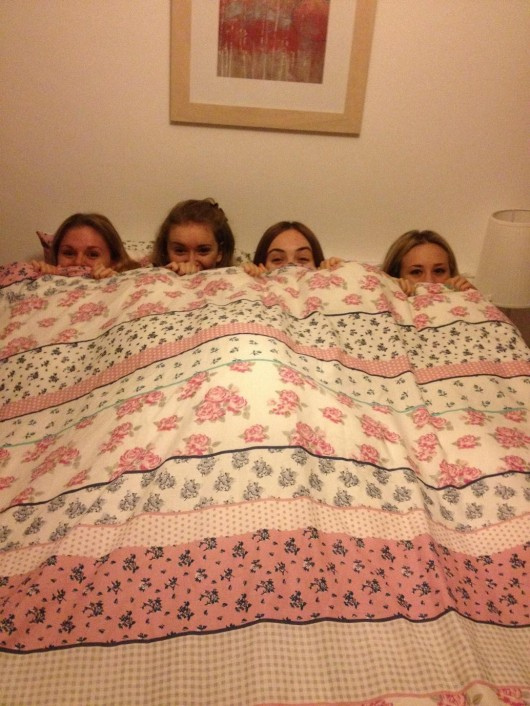 Oxford wouldn’t be Oxford without a good bit of sharking going on. And waking up after a bop in the bed of someone you barely know who’s two or three years older than you makes the whole experience worthwhile. Let’s face it, this location is going to be an easy one to pull off; your college parent has been waiting a whole year for someone as needy, naive and scared as you to turn up.

They’ll have lured you in with phrases like ‘I sing in the College choir’ and ‘Here, let me show you the way to lecture room B’, and you’ll be like putty in their hands. It’s going to be awkward afterwards, and their drunken fumblings will be about as sexually pleasurable as your Archeology tutorial.

Pros Chances are they’ll be embarrassed too.

Cons The awkward looks you’ll get from everyone else in College as you walk back to your room the next morning.

Good For People who have no shame. 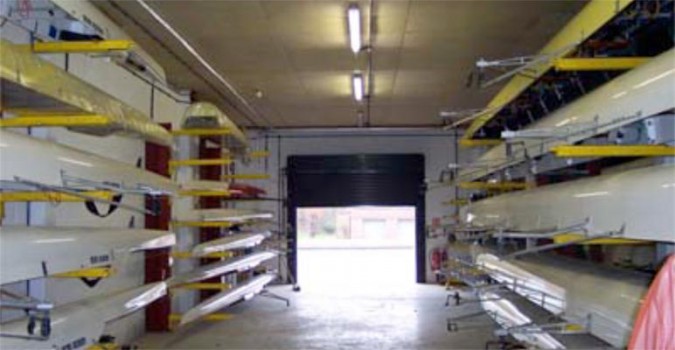 Sex in this sort of building really isn’t a good idea. It’s cold, it’s wet, and you’ll probably be woken from your post-coital snuggle by a group of hardened men in lycra ready for a 6am start on the river. If you’re having sex in the boathouse, it means than either your partner is a rower (bad), or that you yourself are a rower (worse).

Either way, you’re going to have to cope with copious levels of ‘rowing chat’, which is about as funny as a Central African war.

Pros Full of oars if you’re into some extreme spanking.

Cons The floors are bare, the walls are unpainted, and it’s full of boats. Literally the least sexy environment in the Universe. (Unless you count Roppongi on a Sunday night.) 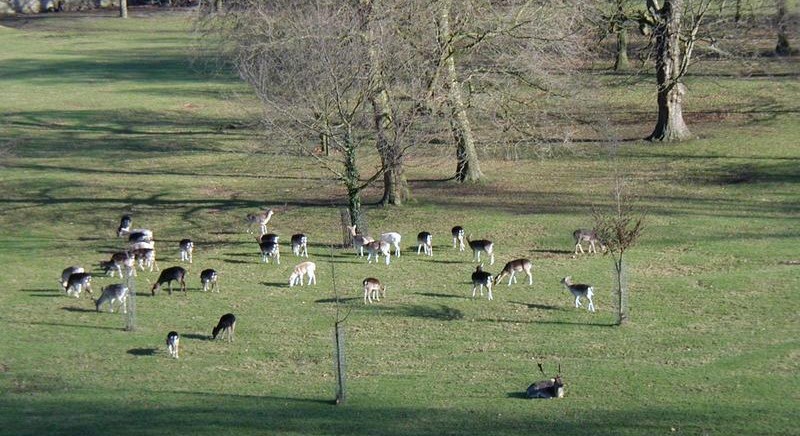 Is there such a thing as doing it deer-style?

Magdalen College Deer Park is a good place to go for a cheeky quickie. There are plenty of places to hide from strolling dons and the deer are relatively docile and tame. Just make sure you don’t confuse your partner for a deer. Those antlers are spiky.

Pros An easy, beginner-level place for a first try at something exciting that come with genuine bragging rights.

Cons The place is covered in deer droppings. Bring a picnic rug, or failing that a large sheet of tarpaulin.

Good for Doing it like they do on the Discovery Channel. 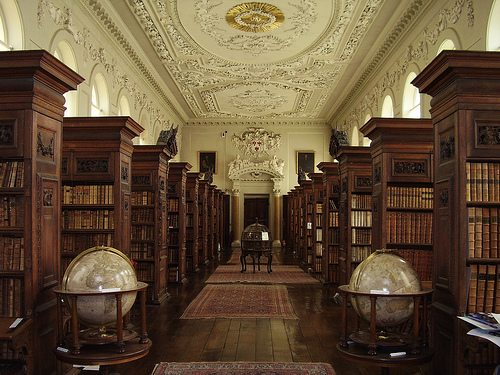 Just don’t make too much noise…

Dusty tomes, total silence, crusty librarians and rows of shelves providing secluded blind spots where one can screw in peace. It’s always silent, so you have the extra taboo to break of making a noise above a guilty whisper. Surely this is definitively the most exciting place to do it? If your library is 24/7, make sure there’s no one pulling an essay crisis on the other side of the room.

Pros Most libraries are either really grand, really old, or both. And that’s what you came to Oxford for, right? So make use of it. Nothing like a blend of work and (fore)play.

Cons There aren’t really any. Go forth and conquer.

You’ll get wet one way or another

Ah, Oxford. The place where it’s socially OK to pretend you’re a Venetian gondolier on the Thames. Grab a punt and push your lover away downstream, far from prying eyes, and passionately make love to him/her/it/yourself on this most pretentious of vessels. Make sure you’ve both got a good sense of balance, because punting leads to shunting.

Pros The Tab will let you make up your own ‘punt’ sex pun here, readers.

Cons If things go wrong, you will both get very wet. And not in a good way.

Good For People who don’t think their partner is worth a whole meal out, but don’t want to appear cheap. 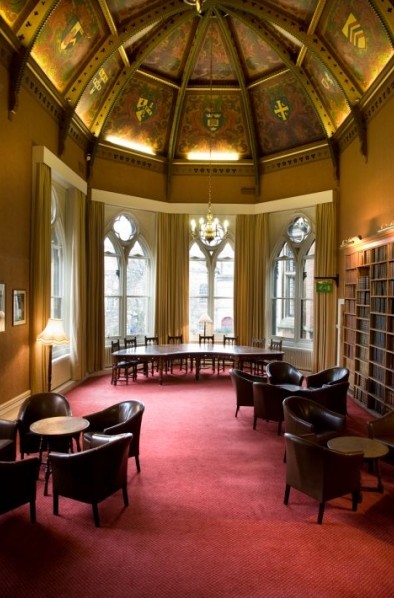 Because sometimes you want your sex to feel stately and important

Ever fancied having a cheeky quickie on the same desk on which the Reform Act was debated by Gladstone’s Cabinet? Ever got bored during sex and felt the need to gaze upwards at three-foot high representations of all the coats of arms of Oxford colleges? Ever felt the need to gaze at the entire back-catalogue of The Spectator mid-coitus? Then this is the room for you – just good luck finding someone from the Union worth a shag.

Pros Passing Union hacks will probably let you off if you’re caught, providing you promise to vote for them.

Cons Membership is £207. There are hookers who charge less.

Good for People who think the Union hacks are a bunch of wankers (that’s all of us, by the way.)

There are loads of places to hide in the main library but doing it surreptitiously in the tunnel could be tricky – you’ll be seen from a mile off. Make sure you’re quiet, as sound carries here like there’s no tomorrow.

Pros You can legitimately say you’ve done it in the Bod without having to go through all the faff of actually, you know, doing it in the Bod.

Cons You will probably get lost. Enter at your own peril.

Good For Star Trek fans with girlfriends (all two of them). 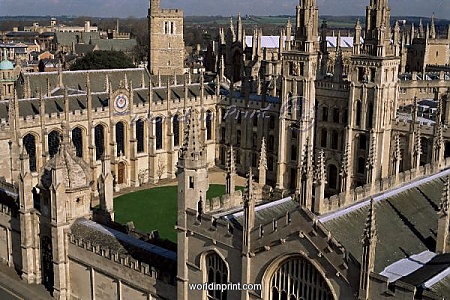 Because nothing gets the blood pumping quite like the word ‘quadrangle’

Let’s face it, you’re never going to go to All Souls on your own merit, no matter what your parents hope for. So why not go in the back way? (Not literally, of course.) With its soaring (phallic) towers and air of academic excellence (less phallic), you’re sure to get any partner in the mood.

Pros The crinkly academic sorts who study there don’t know what sex is, so you will probably be the first person in history to have sex in the whole College, not just the first to do it on the quadrangle.

Good For People who failed the All Souls entrance exam and want to put two fingers up to academic elitism. 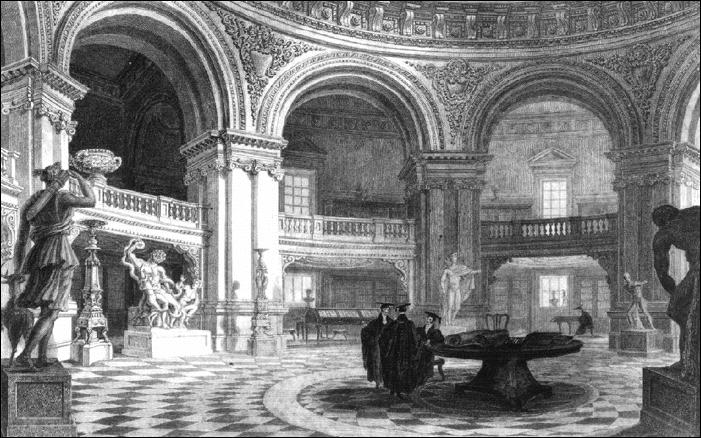 Panoramic views for all in the Camera

That most iconic of buildings, the Radcliffe Camera features on every single piece of Oxford propaganda. How great would it be to be able to point at it whenever you see a photo of it and say ‘I did it in there?’. The bragging rights alone would be enormous. However, leave your world of fancy for a moment and consider its shape. It’s a big circle. Moreover it’s a big circle that is a library. Everyone can see, and everyone can hear. Good luck, trooper.

Pros There aren’t really any, hence why we’ve given this building a whopping 10/10 Daredevil level.

Cons The sadistic freaks who sit in the library all day consider coughing a crime. Get some practice in at being silent, or failing that, crank up the kinkiness with a ball gag.

Good For Everyone. This will be the (popped) cherry on top of your Oxford career.

SEND US IN YOUR SCORES!

Think you’ve scored more than a 2? (Let’s face it, everyone’s scored at least a 2). If you think you’ve got the highest score, send your grand Daredevil total in to the Tab (with evidence) and we’ll commission a bust of you to stand in the foyer of our offices.

Well, not really. But you will get a Kit-Kat Chunky. And that’s tons better than a normal Kit-Kat, isn’t it?