A new tyre-less bike has appeared in front of the Banksy mural in place of where the original one once was.

On 22nd November, a new tyre-less broken bike has appeared in front of the Banksy Mural on Rothesay Avenue, in place of the original bike that The Tab Notts reported had disappeared two days ago.

In mid-October, Lenton was graced with a visit by the world-renowned street artist Banksy. The installation featured a young girl, hula-hooping with a bike tyre, while the bike stood chained to a nearby signpost. After the artwork was confirmed by Banksy on 17th October, Nottingham City Council placed officers on the scene. 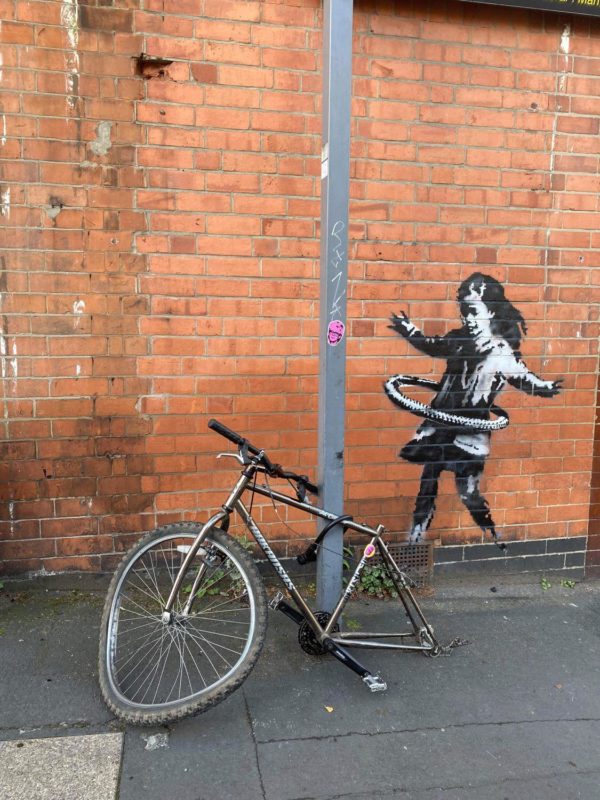 The mural with the original bike included.

However, at some point on 20th November, the bike, which was a key part of the mural disappeared, along with the council’s presence. It remains unconfirmed whether or not the bike was stolen or removed by the council themselves.

On 22nd November, however, a new tyre-less bike appeared. Due to the fact that it’s not the original bike and that the bike lock is also different, it is unclear whether this is the work of a dedicated member of the public, the council, or even Banksy himself.

• CONFIRMED: Banksy is artist behind mural on Rothesay Avenue