In time for sustainability week!

Monday, March 2nd marked the first day of business for Portland’s own zero waste shop. Its opening comes at the beginning of Sustainability Week, as a part of the university’s efforts to become greener.

The Nottingham Tab spoke with Environment & Social Justice Officer and pioneer of the project, Lee Taylor, to find out more about the project. 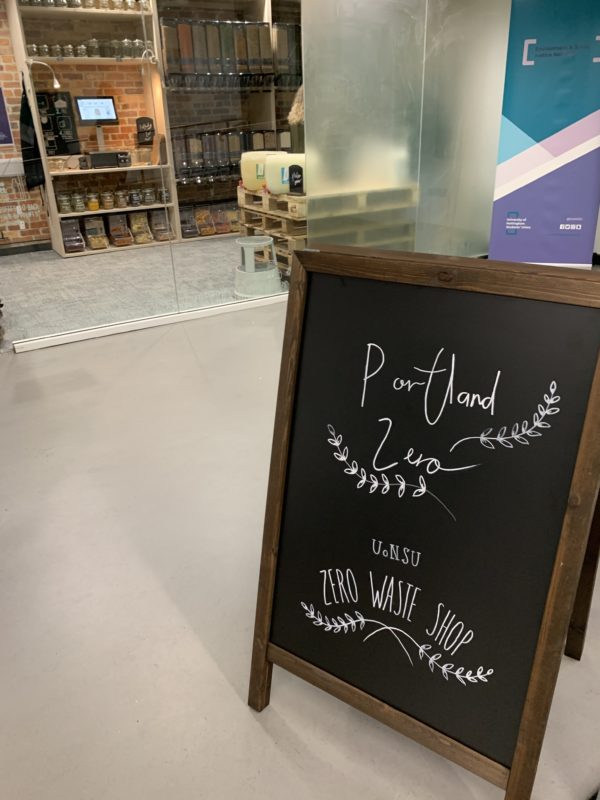 Before his role as Officer, Lee worked in Foodprint—a university backed initiative which sells food surplus from supermarkets for discounted prices in Nottingham. Taking this idea of sustainability in regard to food consumption, Lee proposed the idea of a zero-waste shop at the university. It was warmly received by the university’s Environmental Manager behind the WasteNott challenge, Gavin Scott, and many other individuals, leading to the creation of the shop in the place of an old bookable meeting room.

A survey carried out earlier this academic year showed that sustainability is the second most important factor for students at university, behind education. Yet, living a zero-waste lifestyle (trying to eliminate plastic waste from buying habits) is difficult without a zero-waste shop; Lee highlighted that there were not any nearby zero-waste shops before today.

The shop’s creation was funded by WasteNott; every time someone pays for a disposable coffee cup on campus, it goes to WateNott. The profits from the shop go back into the Student’s Union.

Even for those who do not wish to try and go zero-waste, the shop can still prove useful. If a small quantity of an ingredient for a recipe is needed, it would likely be cheaper to buy from the zero wasted shop as opposed to buying a whole bag.

Lee says he wants living sustainably to become “the easy option because it just makes sense” and this shop is a part of the project to do so. 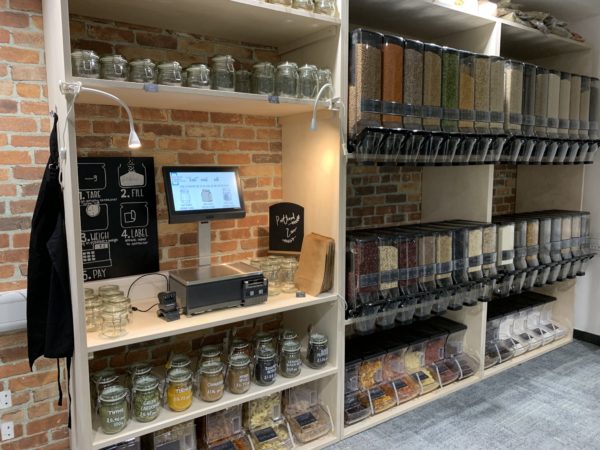 Shoppers weigh their jars before and after they add their produce.

Hundreds of people so far have checked it out. Students can buy jars in the shop or bring their own and then weigh their produce on a scale to calculate how much they need to pay.

The opening and development of the project, Lee said, was largely smooth. The only hiccup on opening day was that the card machine broke—but a new one is on its way. Now, there is even talk of expansion, despite it only being the first day. Lee also hopes to try out different products in the store and to respond to student demand.

Currently, there is some, though much less than usual, plastic waste as the food from the wholesaler comes in large plastic bags. Lee is hoping to get wholesaler, Suma, to use a different material which is more sustainable.

Initial staff were hired through Spar and SU retail staff. Employees were asked, if they wish, to submit an application explaining why sustainability is important to them; those with the most passion for the cause were selected. Katie Hutchinson was one of those people, and she was excited about the array of products the shop had to offer, from “funky beans” she had never heard of, to mooncups which were cheaper than in Boots.

The store is located opposite Spar and next door to Boots in the Portland Building.