‘I am left with the taste of bitter disappointment in my mouth’: What Detonate ticket holders are saying after cancellation

After the surprise cancellation of Detonate halloween festival, ticket holders quickly took to social media and got in touch with us to share their feelings.

Some showed dissapointment, some showed frustration, some were more understanding, but all were sad to be missing out on what was expected to be a great lineup of artists.

A Notts student who was "gutted" told us: "Who books a field in October..it’s obviously going to rain!".

"I am left with the taste of bitter disappointment in my mouth."

Another added: "Isn't it inevitable that a field is going to be water logged at this time of year? I assumed it was going to be held in a derelict warehouse or something similar" (the location was kept a secret from visitors till the last minute).

Some people coming from further afield were thankful that the organisers were upfront with the refund policy, but angry about other costs involved: "Understandable but the hotel that my daughter booked wont refund the £160 as saying its Unrefundable".

One student from Manchester who spoke to us said: "it’s so fucking annoying how we all plan to come to Notts one day and it’s cancelled so typical".

Others responded more charitably saying: "I would have just gone in wellies ???".

There is a silver lining though, full refunds are being offered and Ben Snow is coming to Lenton to soothe our collective Drum and Bass shaped void. 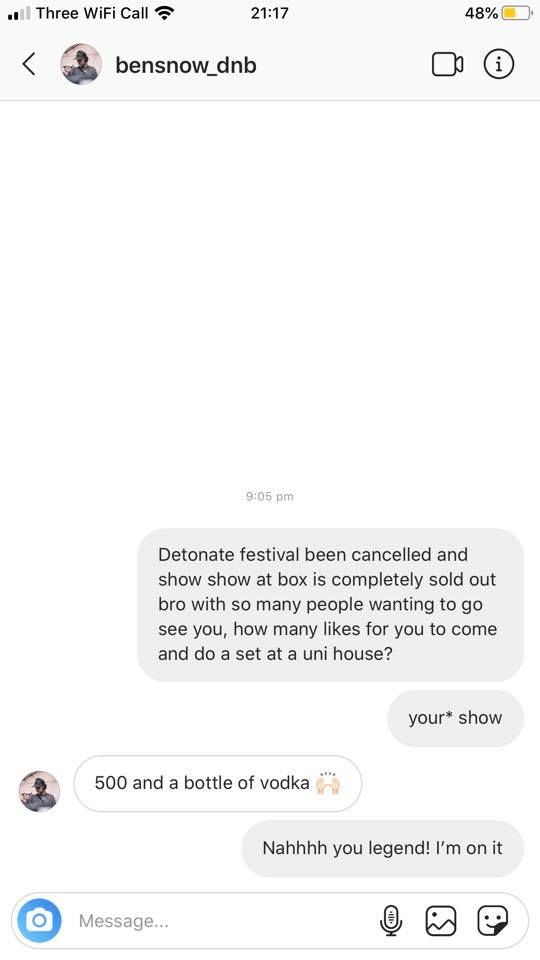 The post now has over 1.4k reacts on Buy/Sell, Ben Snow you better not disappoint….