W lecture by controversial labour MP chris williamson will still be going ahead, the uni has confirmed to The Nottingham Tab.

A protest is set to be planned by Jewish students in demonstration against a lecture held by Chris Williamson, twice-suspended Labour MP from Derby North.

The group, UoN Students Against Antisemitism, co-organised by third year students Daniel Marcus and Josh Lee, and President of Jewish Society, James Leof, have called on Jewish students to protest against Williamson's currently planned talk in the School of Politics.

The Facebook event asked the Jewish student community of Nottingham and supporters to "stand up to hatred and racism and say once and for all that antisemitism has no place on campus, especially in the lecture theatre!" 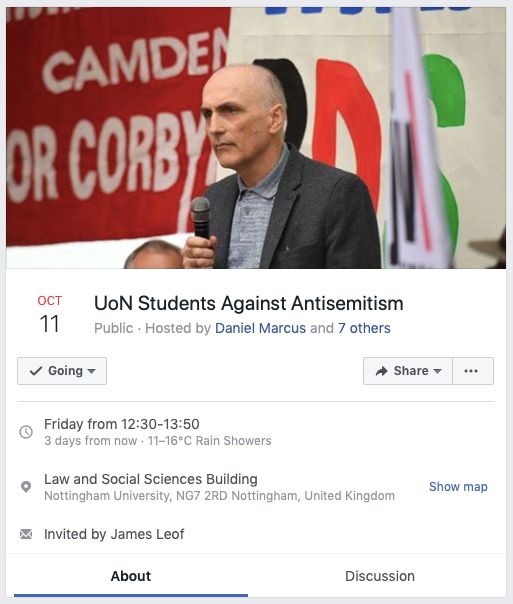 When asked by The Nottingham Tab on his act to organise a protest against the suspended Labour MP, Daniel Marcus said: "This is a protest for any and all students who believe that antisemitism and racism of any kind should not be legitimised by being part of an official university course."

"We do believe that Williamson has a right to free speech but there also needs to be greater awareness and accountability from universities in deciding which voices to legitimise."

In response to the group's Facebook event, students at Nottingham have both supported and refuted the protest this Friday.

Second year student Caleb Jacobus informed others that the "protest isn't about the series of speakers, rather it's about [Williamson] in particular, as he has been invited to our university despite being suspended as an MP for antisemitic comments. We are protesting his invitation in particular."

Opposingly, Nottingham alumni Eli Haines argued against the protests fundamental cause, suggesting that "the whole point of that guest lecture series is to expose students to a variety of local political views. You’re not going to combat antisemitism by shouting down its proponents."