Anti-abortion society barred from affiliation in the SU

The new group is known as ‘Nottingham Students for Life’

Nottingham's first anti-abortion society has been stopped from becoming an official society within the SU, following protest from SU representatives and an overwhelming vote in the Society Council.

The group formed earlier this year and had already gained got a small social media following. This comes as a shock to students considering Alabama's recent heartbeat bill, restricting women's right to choice over abortions.

At the start of June, the group was rejected for being an official society due to conflicts with SU policy. However, the group appealed the decision. It was then put down to a vote between society presidents. The final vote decided that the new group could not join the official societies.

Cassie O'Boyle, SU Education Officer, had shown determination to stop this group being apart of the university and make the point that women have the right to choose without judgement. Earlier, Cassie shared this post: 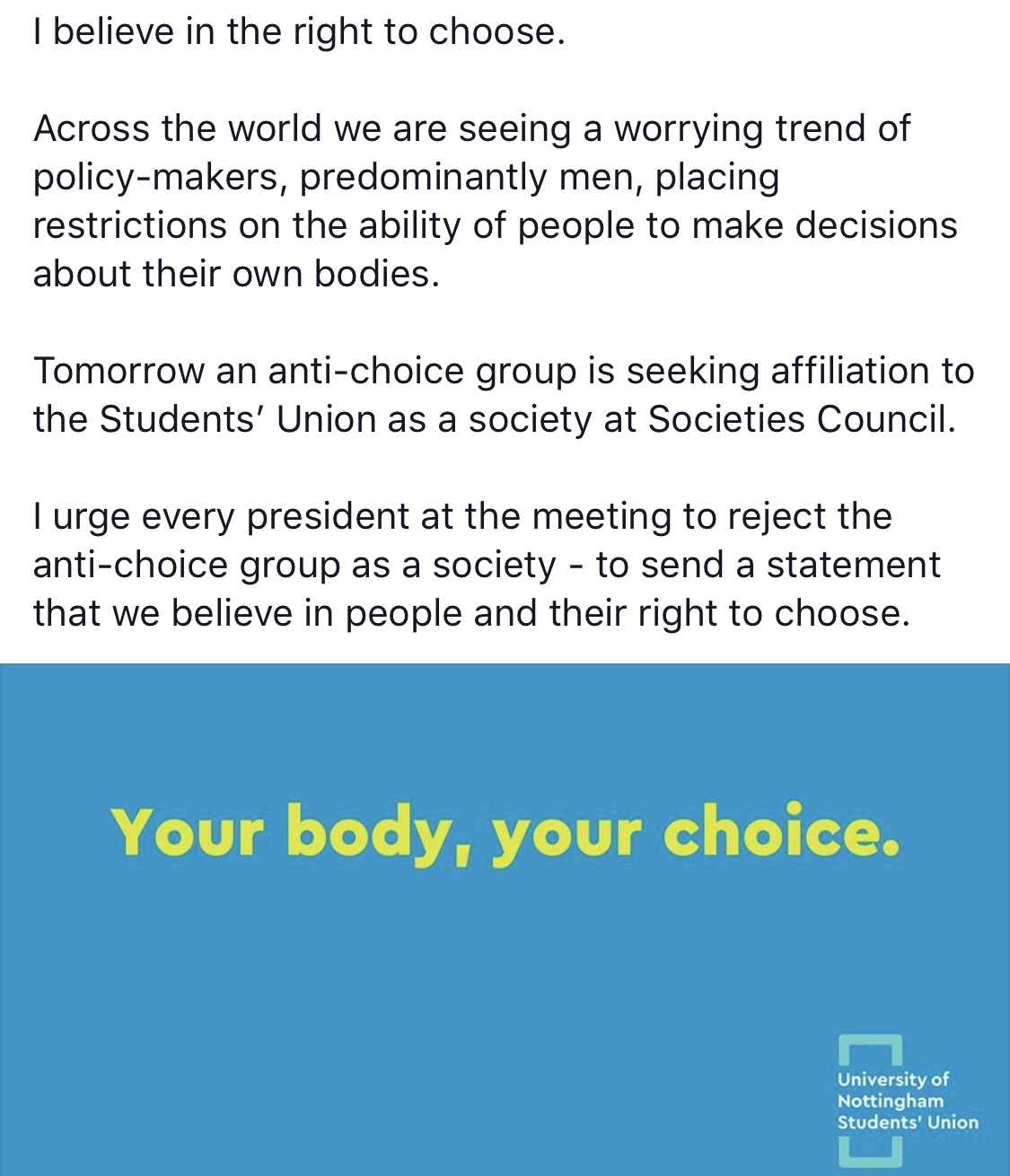 Cassie also organised a small protest for the event which was met by critisism from pro-life supporters. Pro-life supporters claimed that Cassie was shutting down their freedom of speech, to which Cassie responded: 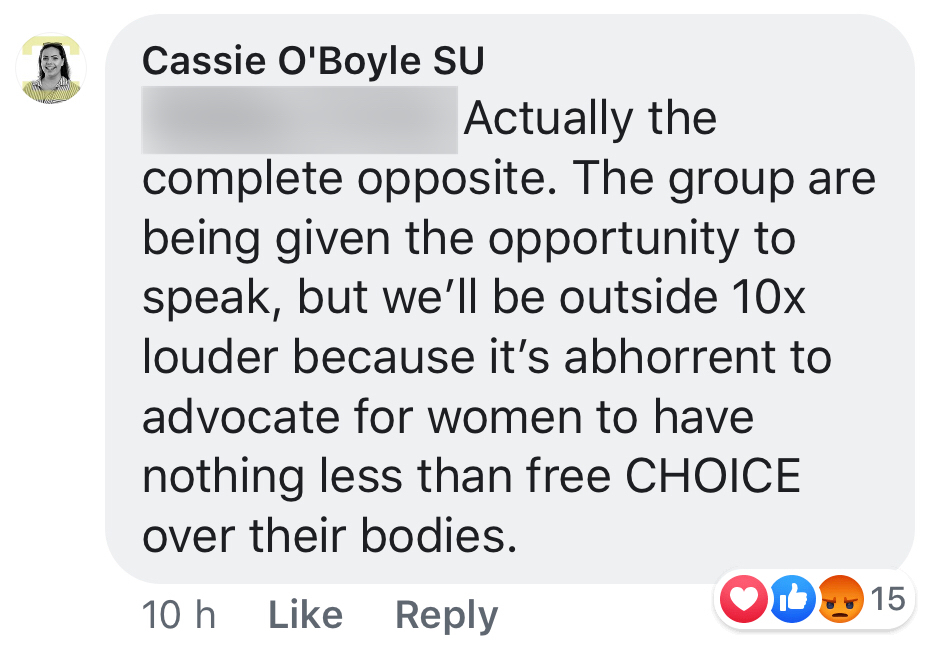 The Students' Union Officer Team also left this message on the event page:

"We want everybody in the room to know that we support their right to access healthcare".

According to the Nottingham Students for Life Facebook page, their society exists:

1) To defend the value, beauty and dignity of all human life from conception until natural death.

2) To provide occasions for people to develop a greater understanding of issues pertinent to the pro-life movement, including, but not exclusively, abortion and euthanasia.

4) To encourage support of the unborn, women who are pregnant, new mothers, those with a disability and those who are often deemed to be vulnerable.

5) To be welcoming to all members, regardless of religious or political opinion.

Their Facebook group has shared and posted a variety of pro-life news, but also has a dark side of producing and sharing offencive memes about abortion and female productive rights.

Shared on their page, the most offensive meme equated abortion to infanticide. 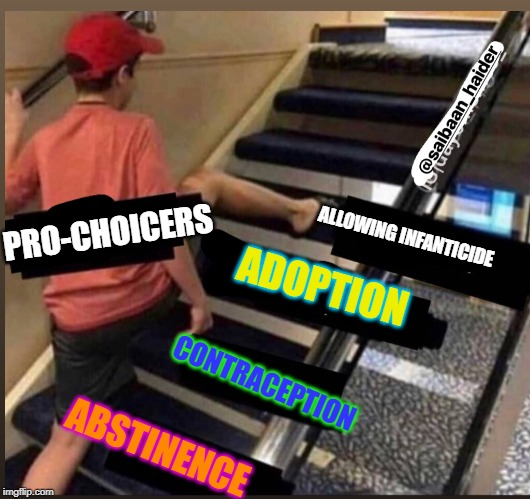 Memes such as these should be taken into account before deciding if a society should represent the university. Any society, already established, would feel harsh reprucussions for posts such as these.

Following the vote to stop the affiliation of the anti-abortion society, Jacob Collier, SU Community Officer, shared this thoughts in a Facebook post. 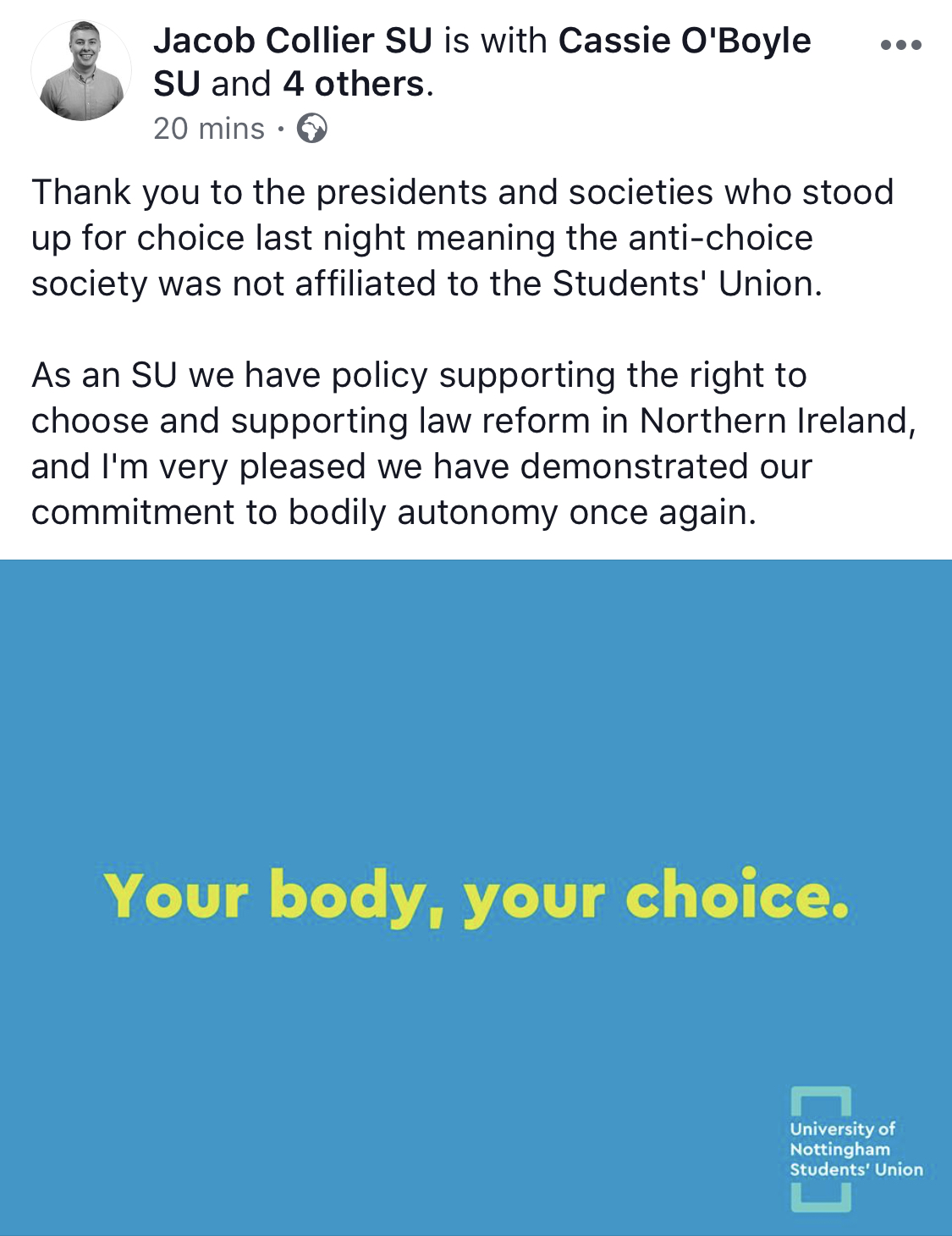 The SU reps have made it clear that it is your body and your choice. Everyone deserves to have the freedom to choose without judgement.