What an absolute crisis

On Wednesday 5th June, at around 9:55pm, Talbot Street turned into absolute chaos, after an overwhelming number of students were kicked out of Box and left stranded on Talbot Street street.

The clubbers, who were waiting to enter the Crisis All-Nighter, quickly swamped the street and roadway. This resulted in blocked traffic and a worrying health and safety concern.

Students at the front of the queue were pushed against the walls of the venue and the barriers and hundreds of students started to panic.

It is estimated that 1000 people tried to gain entry to Box, which is a 300 capacity venue.

While students joked about it looking like 'Project X', the situation grew increasingly dangerous. An overwhelming number of students started blocking the road and there was very little room to move.

As the crowds built, the wind-mirrors of an orange 34 bus came incredibly close to hitting the heads of overly-keen Crisis goers blocking the roads.

Staff at Box made some attempt to calm the situation, however it soon became evident just how understaffed and unprepared the club really was. A lack of clarification about what was happening resulted in the spread of confusion and panic.

Screams ricocheted down the queue and no one had any idea what was going on. Everyone was confused and panicked; it was an utterly surreal moment.

A second year Physics student told The Tab that people weren't allowed "in and out of Box because of a safety situation".

He added that Box staff "locked the door [because they were understaffed and] didn't realise how many people would attend". 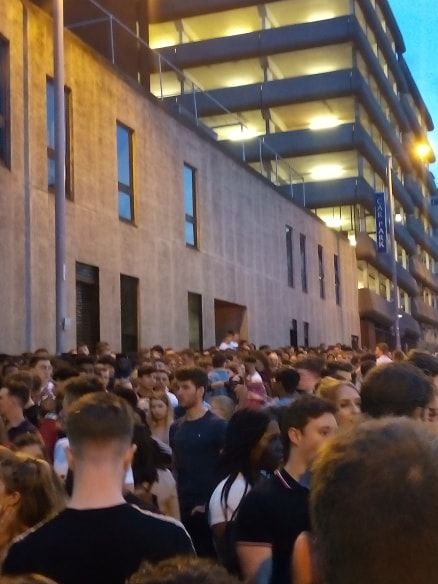 Then, someone who looked like the manager closed the door at the entrance to Box. He tried to shout at the queue and encourage everyone to disperse, not understanding the sheer force of a university of Nottingham crowd when they want to go to Crisis.

One bouncer was standing at the door, trying to push the metal barrier against the crowd in a futile effort to counter-weigh the hundreds of students leaning against it.

Further back in the queue, students were making the problem even worse by inviting their mates to join in. As a result, everyone starting pushing each other around and the scene grew even more hectic.

One second year student commented on how disorganised the night was.

She told The Tab that "the queue for Box was actually quite dangerous [and] people were shoving.

"There were no bouncers or barriers either". 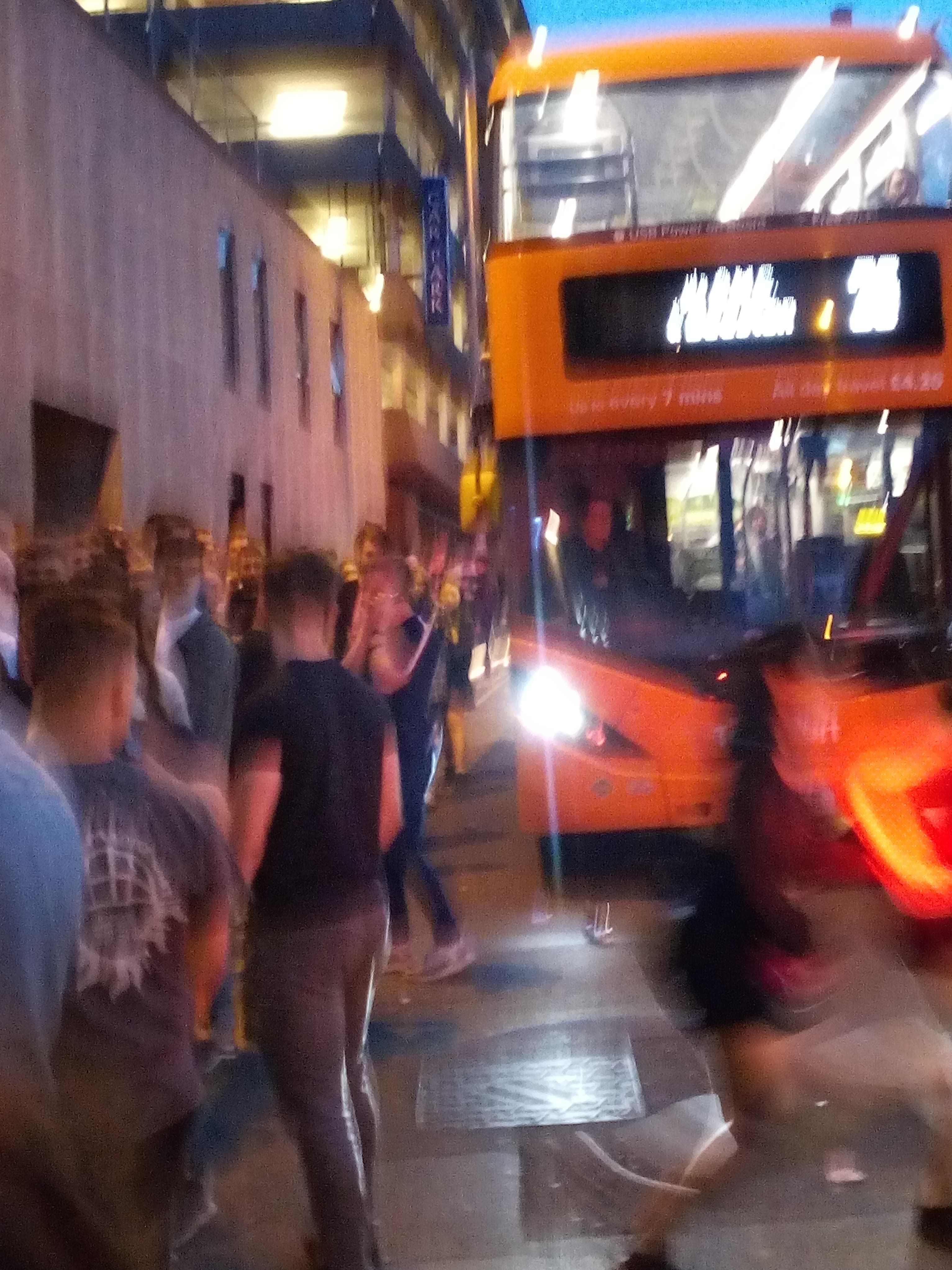 Disorientation as no one knows what's going on

Andrew Smith (Owner of Carpe Noctum) said, "Customer safety is of primary importance when it comes to organising our events. Security to help manage this is organised and provided by the respective venues.

"[In terms of] "The Q", this is Box. Our role as events organisers is to provide advisory information on anticipated attendances and make suggestions to the venues to ensure people are able to enter and exit smoothly. We use data from year on year attendances, weather information, University timetable information and website traffic to provide estimates of door payers.

"Sadly, on this occasion, there were more than double the projected attendance with an estimated 1000 people attempting to gain entry to Box which is only a 300 capacity venue. Once it was quickly assessed that we weren't going to be able to process that crowd safely, we shut and proceeded to disperse the crowd as quickly as possible.

"Dispersion of the crowd took about 1 hour with many customers refusing to move, making the situation a lot harder.

"Once clear, we transferred heavy duty barriers from Rock City to the opposite side of the street. Meanwhile, Box managed to hire in additional security last minute to be able to better cover the queue and prevent people jumping in (one of the main issues causing a build up at the front).

"We reopened by about 11:30pm with the new barrier provision and obviously with a dispersed crowd. This allowed us to operate smoothly for the remainder of the evening.

"Despite all this, CRISIS inside was in fantastic form with everyone in high spirits following completion of their exams. We were disappointed that we didn't make the right call in advance with respect to numbers and apologise to anyone this affected.

"Moving forward, further Q events will increase their security and barrier provision to ensure it doesn't become an issue again".