Over the last couple of weeks, a group of students dressed as bunnies have been protesting at universities they accuse of not sharing information about their cruel animal testing –Nottingham is one of them.

The unusual 'missing' protest at Nottingham three weeks ago was led by a nationwide animal rights group with over 50,000 followers on Facebook: Animal Justice Project.

The group said they were protesting the kidnapping and allegedly cruel treatment of campus bunnies as part of medical research, which they claim the University are being increasingly secretive about. 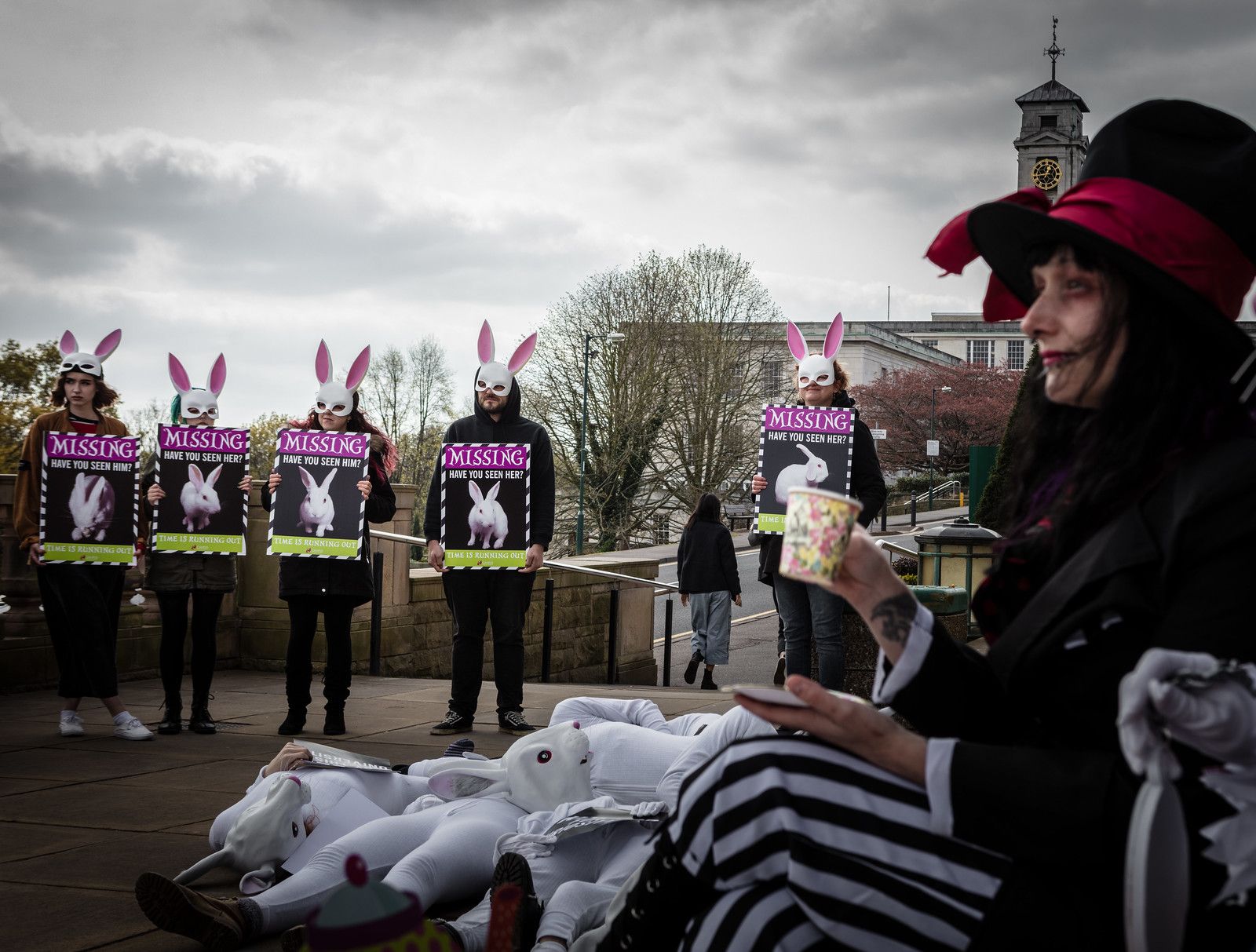 The Animal Justice Project claims that Nottingham is just one of 41 universities out of 70 that are known to use animal experimentation, and rejecting the groups' Freedom of Information requests for their 2019 report.

Recent research by the group shows that within 2018, at least 64 rabbits were killed in heart experiments funded by the British Heart Foundation at Leicester University last year. While at Durham University, 294 rabbits were used in various experiments, and a recorded number of 59 incidents at Sheffield University.

Describing the fate of the animals, Claire Palmer, the founder of Animal Justice Project, recalled that in the past rabbits were “left to suffer the consequences of the disease", but stated that "we are not exactly sure what happening because they don’t publish that in their papers”

Rabbits are routinely used for scientific experimentation at Nottingham University

She added that UK universities are becoming increasingly reluctant to share information about the use of animals.

In a follow up conversation with Claire, it was suggested that "year on year universities are becoming increasingly secretive about animal experiments".

As part of the universities response to the use of animals in science, they provided a counter claim, saying: "A highly dedicated team of vets and animal care staff, independent of the research teams, oversee the husbandry and welfare of all animals, including rabbits"

However, Claire described the statements currently made by universities as unsatisfactory, demanding that the universities publish this years figures of the numbers and names of the different species used in experiments by researchers at Nottingham. 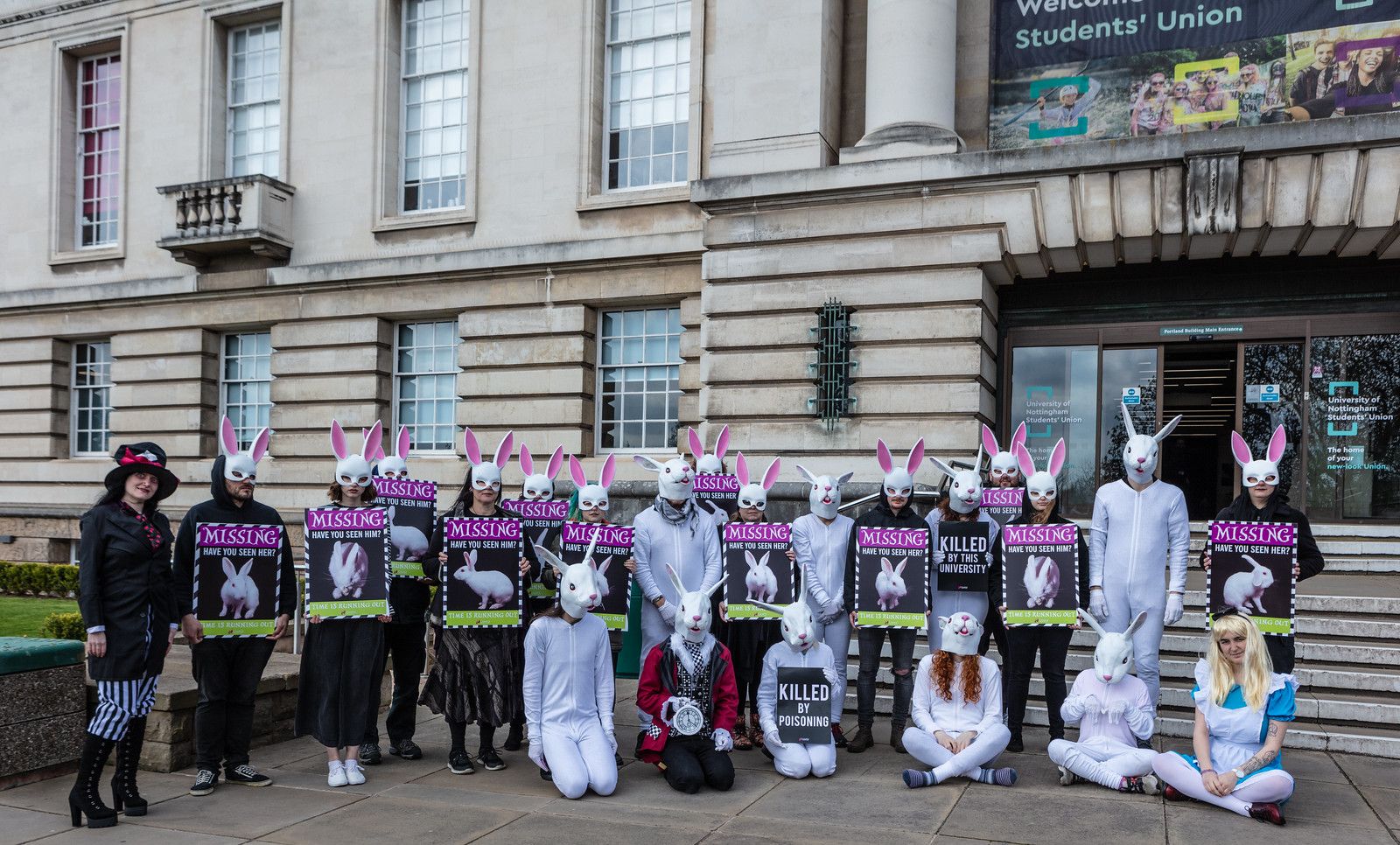 Although the experiments are legal, the campaign also argued that the use of rabbits was unnecessary, given advances in medical research methods that the group claims allow researchers to bypass the animal testing stage.

When The Nottingham Tab contacted the University of Nottingham, the response claimed that "even the most complex non-animal models cannot mimic the complexity of the behavioural, physiological and immunological workings of the animal or human body"

"The contribution of animal studies is vital to ensure that such research produces real, translatable benefits for society, whether new treatments of cancer and heart disease or for better veterinary treatment of animals across the world".