You know, the meme from Call of Duty

The NUS National Conference will debate whether to stop people from "pressing F to pay respects" today.

Preoccupied NUS delegates have claimed that "society has become so debased in recent times that we signal our respect to others by typing 'F'."

"Press F to pay respects" started as a weird instruction in a Call of Duty game, and is now a meme for internet weirdos who comment a single "F" under sad news.

In order to prevent any further "pathetic" behaviour, the "What the F" motion vows "to stop douchebags from participating in the annoying practice of 'pressing F to pay respects' via direct action."

Submitted by UWE's SU, it'll be debated before motions to protect students from racism at white t-shirt socials, and to reform how cases of sexual harassment are handled at uni.

The history of the "Press F to pay respects" meme can be traced back to Call of Duty: Advanced Warfare. During a funeral scene of the game's second mission players are asked to "Press F to Pay Respects". They also meet Kevin Spacey.

The meme has become ubiquitous amongst Internet culture and generated mockery of the Call of Duty game and leading star, Kevin Spacey.

Now you'll see strings of "F" under basically any sad news on the internet. 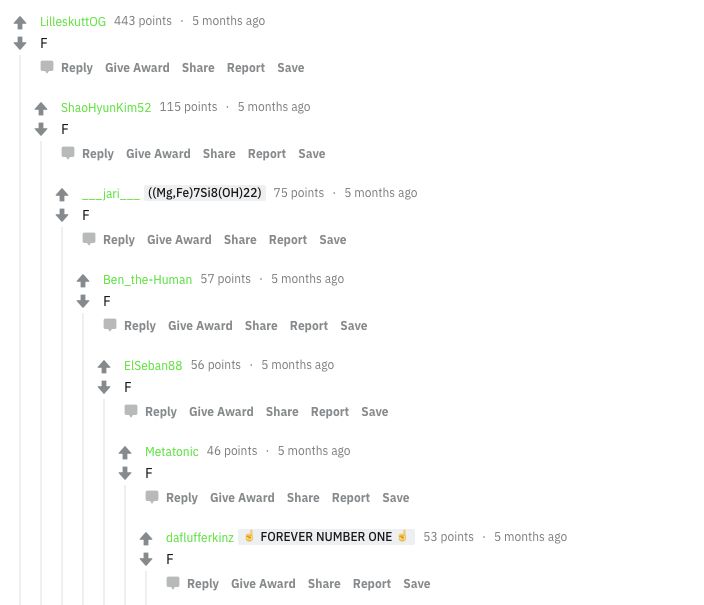 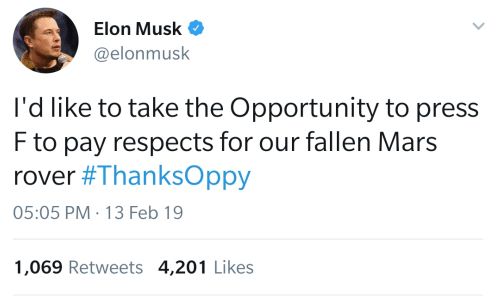 In documentation outlining every motion and amendment of the 2019 conference, UWE believes that a debate on this meme will allow them "to reassert the importance of showing appreciation for others.

UWE believes that by debating the motion, it's effects will fall deaf on the ears of "basement dwellers jacking off furiously whilst simultaneously shooting down grandmas and prostitutes in video games".

Despite debating issues relating to gender equality, knife crime, and tuition fees, the NUS have provided an equal space to UWE delegates to vote on whether to stop people doing a meme.