95 empty shoes, donated by students, represent the number of students lost to suicide in 2017/18, in England and Wales

The display was set up as part of the Students' Union's Suicide Awareness Week, which aims to raise awareness and collect signatures on a petition to obtain more mental health support from the university. 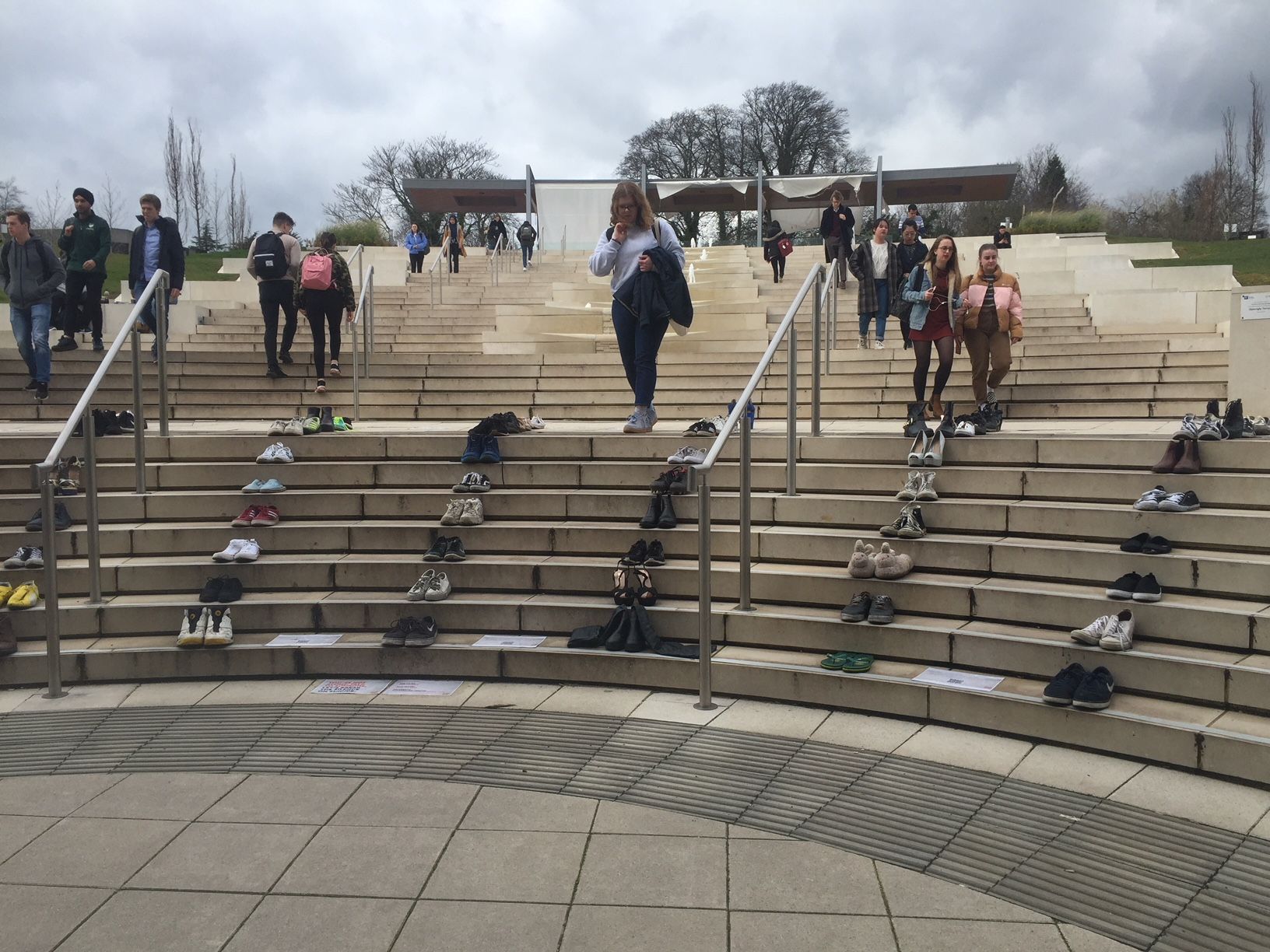 The Portland building and Portland Hill is used by thousands of students every day, so is the perfect location to get the display seen and discussed.

The Students' Union Suicide Awareness Week ends this Friday with a 95 second silence in memory of the 95 lives lost. It is taking place at the Djangogly terrace at 12pm.

Members of the UONSU have said: "We can no longer ignore the conversation of suicide and mental health; we must start talking about it and start to use our voices to make a change."

It was also said that the university does not publicise student death, and as a result, student suicide is lost and not discussed enough. 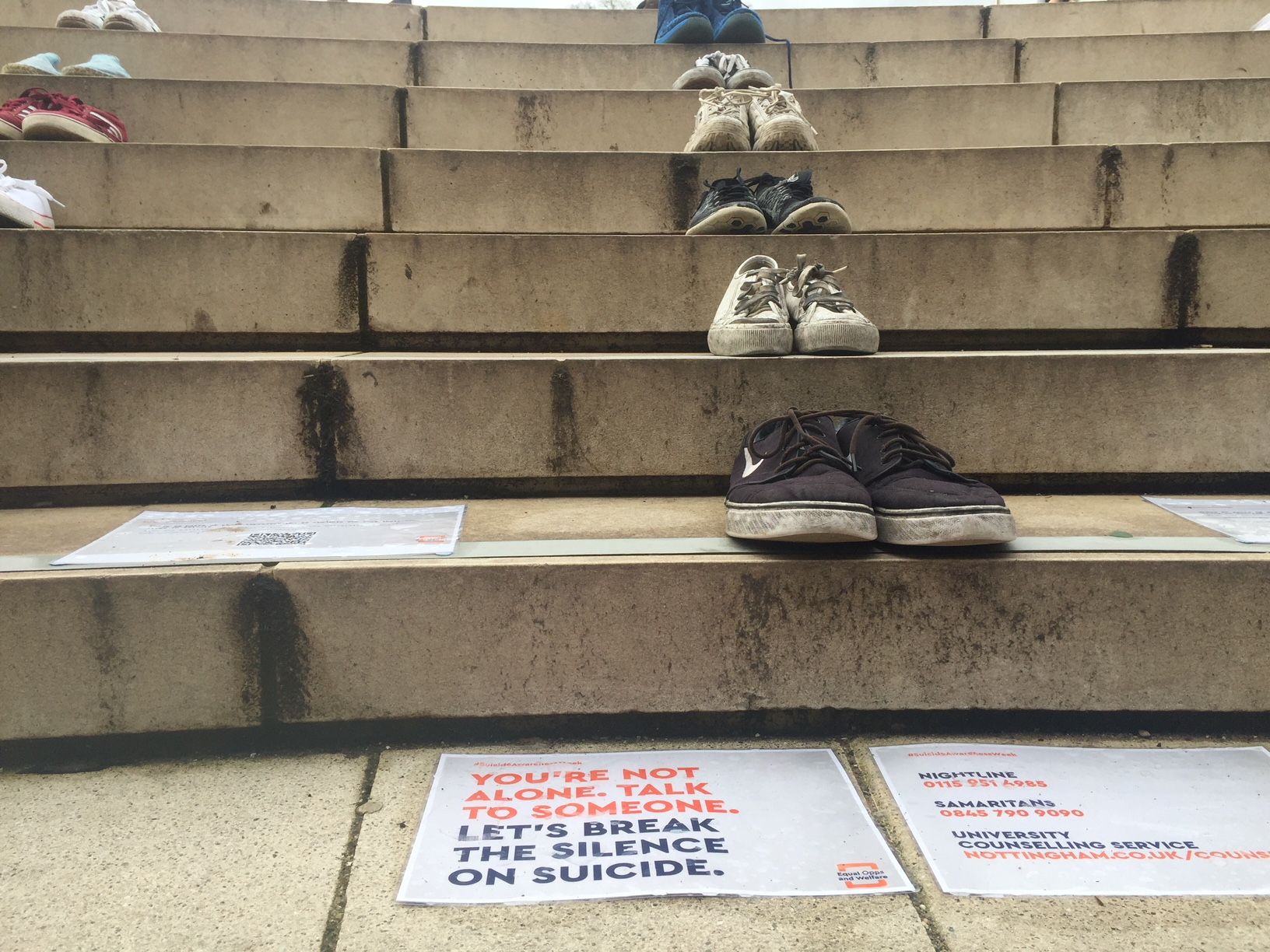 The UONSU website offers information about getting advice about personal health and well-being, which includes contact via email, telephone or appointment where you can speak to an Education and Welfare Adviser.

Nightline, which is a confidential listening service run by students, is also available to everyone 7pm – 8am during term time and 24/7 during exam time.