‘We crashed into a lorry’

Notts students on a coach trip to Amsterdam endured a windy journey as their coach reversed into a lorry, smashing the rear window.

Students on the £175 Invasion trip made the journey from Cambridge services to Dover, onto the ferry, and to Amsterdam, with a gaping hole in the back of the coach and glass on the seats.

After the window shattered all over the rear seats, the seats were covered with bin bags, but the coach eventually carried on to the continent.

The trip, which many people booked back in November, claimed it would join several societies together to "invade" Amsterdam for a weekend in February.

Before they set off from Portland yesterday evening, people were kicked off EngSoc's allocated coach as the driver deemed it over capacity. 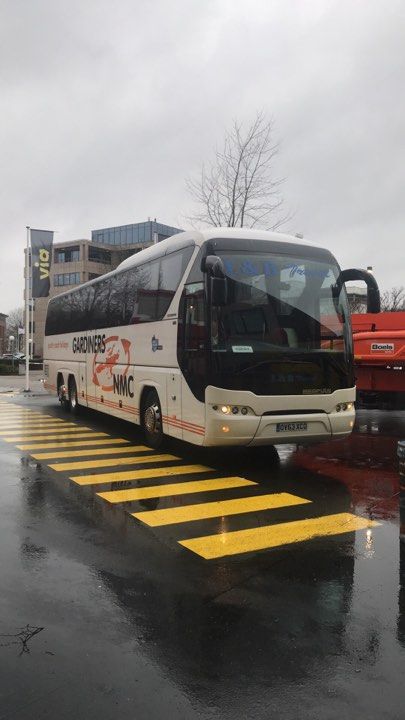 Students were then sent to another coach, coach five, and started their journey towards the ferry in Dover.

When they stopped at Cambridge Services, the driver "managed to squeeze into an impossibly tight space in the car park and we were all given half an hour to get back to the coach," says English fresher Rosie Egan.

Once everyone had returned to the coach, the driver, who was already parked in a small space, began a "60-point turn" to attempt to get out of the space.

Students on the coach say that this went on for about 14 minutes as he reversed further and further until he crashed into a lorry parked behind.

The back windscreen shattered all over the back seats where students were sat petrified. 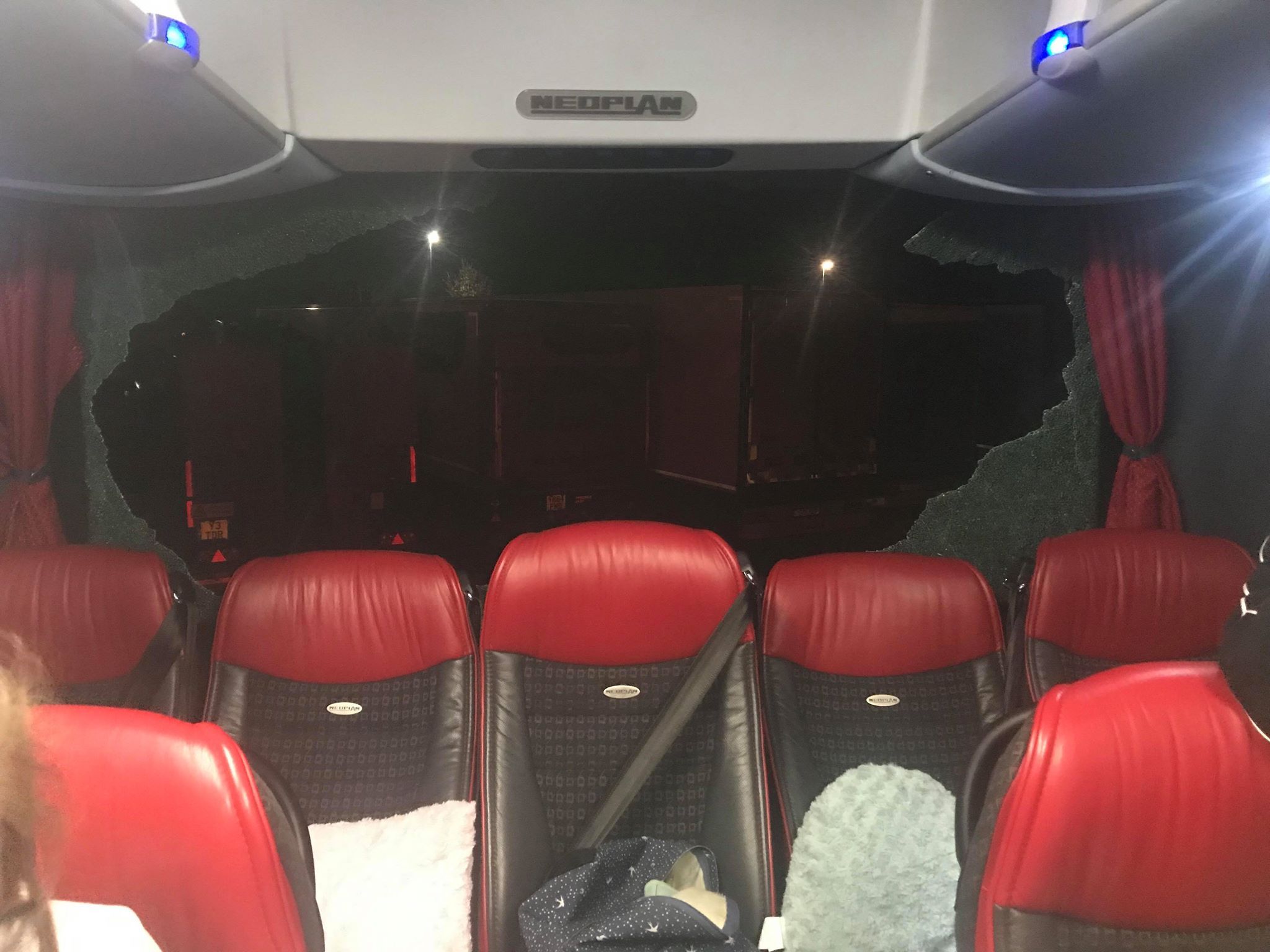 With no instruction from the Invasion team or reps the students decided to get off the bus at 10:34pm, deeming it unsafe.

The hour that followed was spent waiting for updates outside in the freezing car park of the Cambridge services. 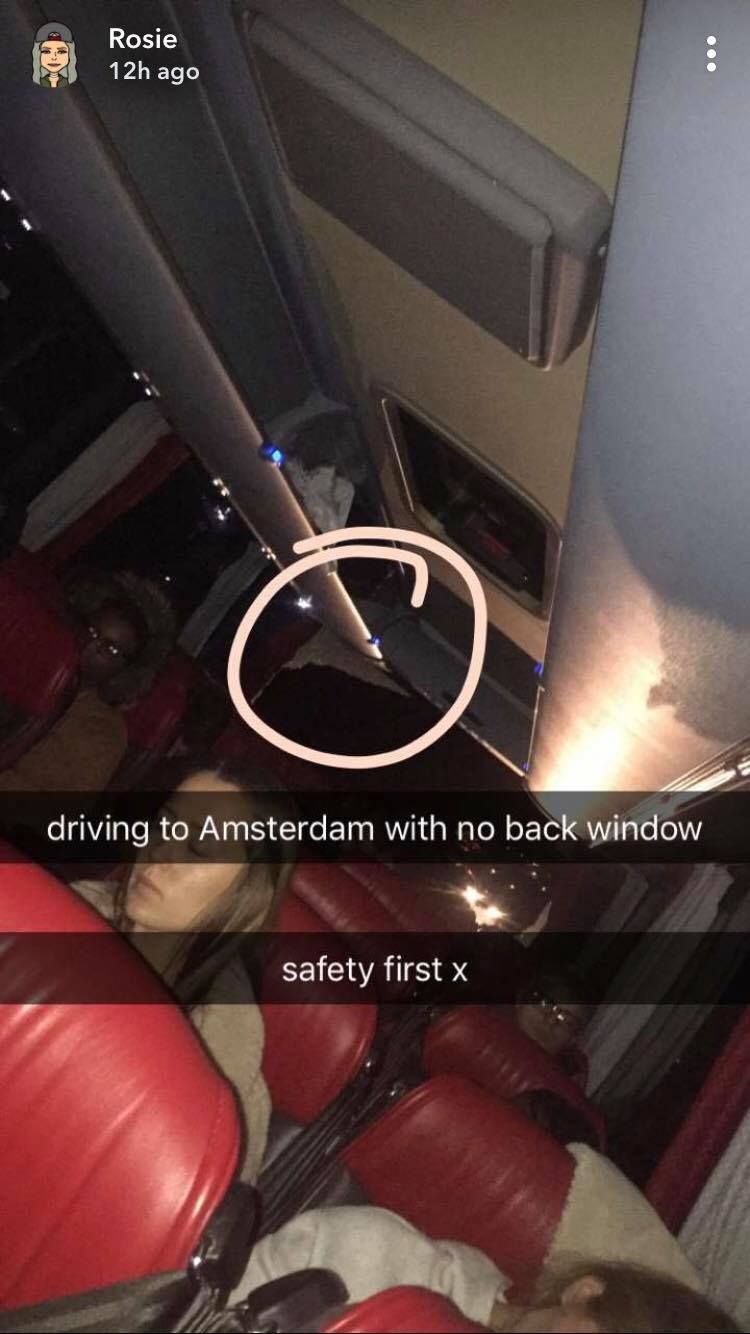 After an hour of waiting in the cold they were given two options by the driver: to drive back to Nottingham, broken windscreen in tow, or hedge their bets and drive to Dover. 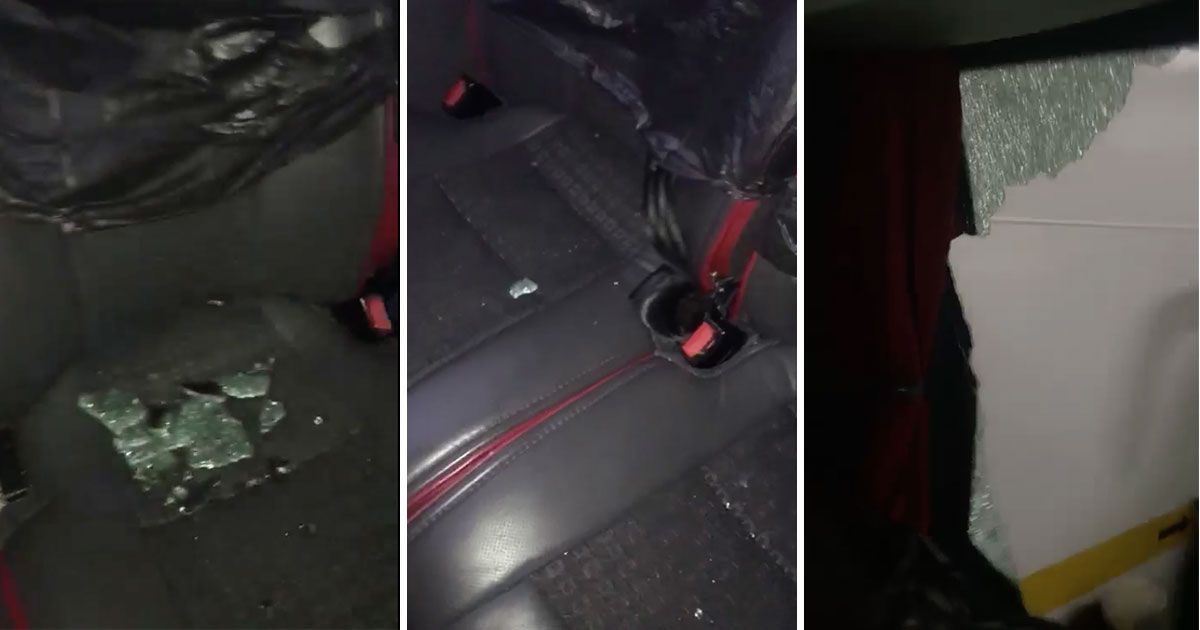 The coach came to the decision to continue the journey even with the dangerous shattered windscreen. However, this decision was not a unanimous one.

The coach made it down the M11 to Dover, without repairing the smashed windscreen, and were allowed onto the ferry across the Channel. 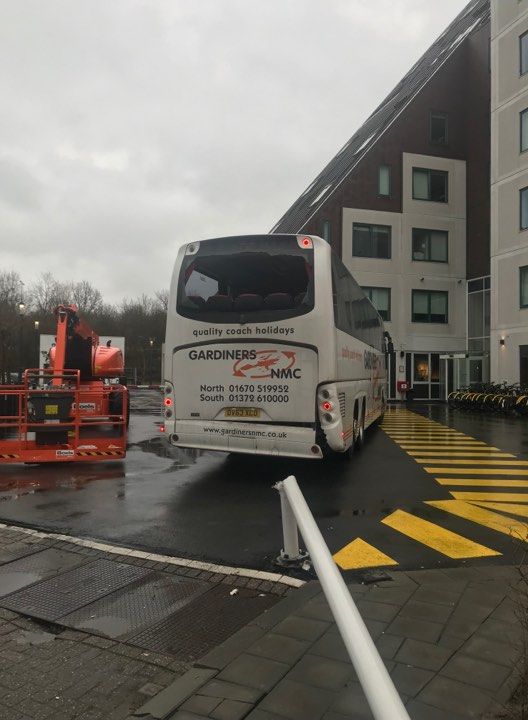 Two girls had travelled all the way from York to Sheffield to be picked up by the Invasion coaches, having only been informed of their pickup destination less than a week before the trip was due to depart. Another girl had travelled from Wolverhampton to join her sister (a Uni of Notts student) on the trip. 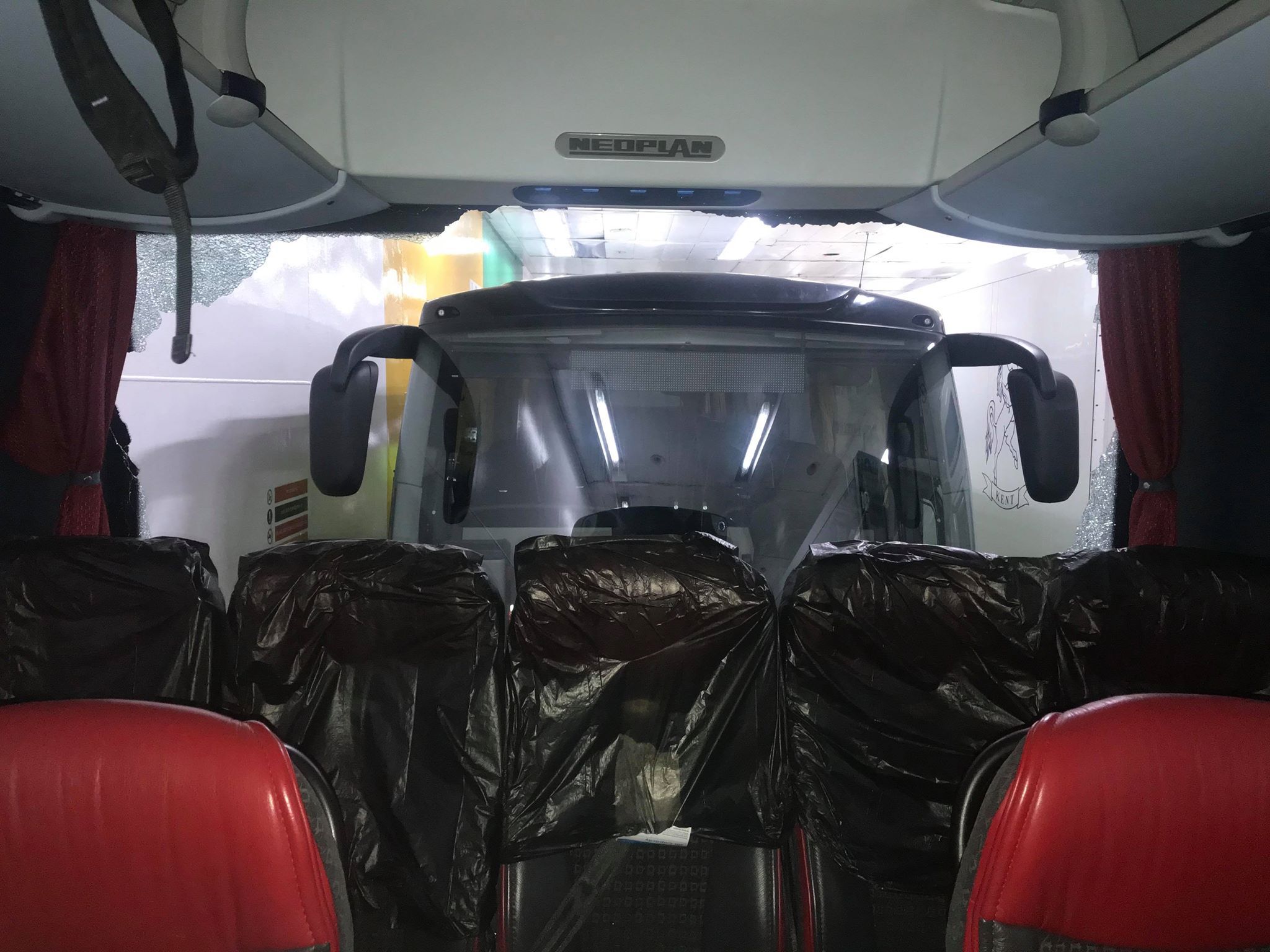 This morning they made it to Amsterdam without being pulled over.

Students on the coach have told The Tab Nottingham of their dismay at the organisation.

“It’s not the rep’s fault but this situation just proves that in an emergency the Invasion reps couldn’t do anything," says Jessie Mann, a Broadcast Journalism Student at Trent

“The entire thing was terribly organised and has been nothing but stressful,” says Rosie Egan, a UoN English fresher.

Invasion told The Nottingham Tab: "Two phone calls were made from the reps phone at 11.20pm and 11.30pm where both the rep and the driver spoke to 2 senior members of the Invasion team to decide on the appropriate course of action. This was also followed up by numerous text messages between the individuals concerned throughout the night.

"The driver presented only two viable options to Invasion: 1) returning to Nottingham and resuming the journey the following day at 10am (which would mean only one as opposed to the planned two full days in Amsterdam and missing two planned daytime and one nightlife activity), or 2) continuing as planned by covering the broken window and repairing it over the weekend in Amsterdam to ensure it was fully repaired for the return journey and thus ensuring the students had the full scheduled amount of time in Amsterdam.

"The driver advised going to Amsterdam would be safe and recommended this decision, which was also backed up by the general consensus of the students, who wanted to go ahead with the journey as planned. The students desire to continue was verified by both the rep and the driver. Based on this, the coach continued on its scheduled journey to Amsterdam, arriving safely this morning and has now been booked in for repair for the return leg.

"We have spoken to Nottingham Students' Union about the incident, who are satisfied that we followed the correct procedures under the circumstances we faced. We are very proud of our thorough health and safety practices whereby customer safety is of paramount importance at all times."