Nurse says ‘he is lucky to be alive’

A second year has been left stranded in hospital 140 miles away from his home after jumping from a 20ft balcony.

Elliot Leonard, 19, broke both his ankles after a heavy night out in Bristol and is still there in hospital. 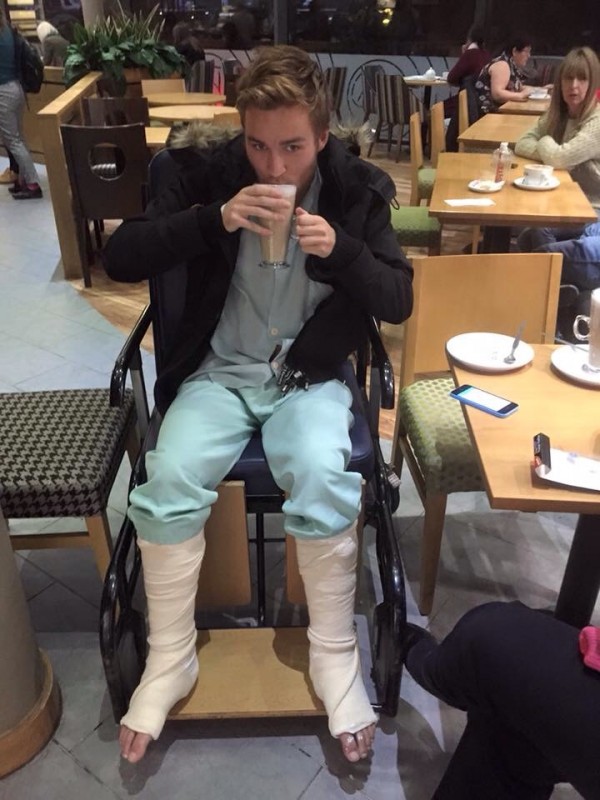 He had travelled down to Bristol to meet up with a friend from home. After starting the night with a few jagerbombs and shots, Elliot believes his drink was spiked.

He began to hallucinate and after leaving the club and thought he was being chased. Elliot’s night ended with him jumping from a 20ft balcony at his friend’s halls and breaking both of his ankles.

Waking up in hospital the next morning, Elliot was in shock, claiming he was “being chased by secret agents.”

Once he had calmed down, he proceeded to have scans of his whole body, looking for damage to his spine, and has currently just had surgery on both of his feet. 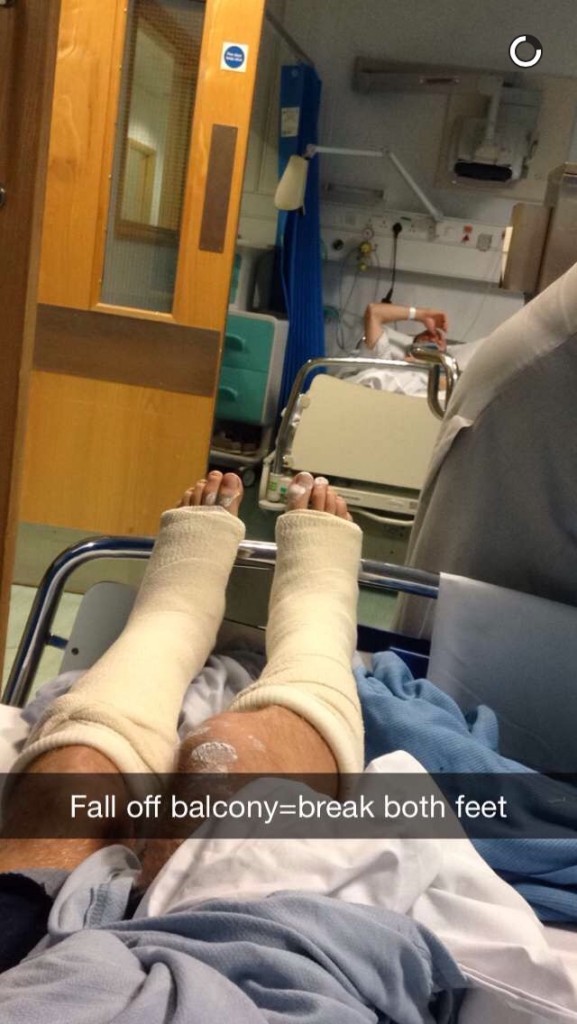 From the official report, Elliot was found screaming and crying in the smoking area of a halls of residence in Bristol at 01:15am.

He was carried off in an ambulance an hour later. By 2:40am, Elliot had been carried away to the hospital in a wheelchair and all service personnel had left. When asked, Elliot said he thought he was being chased, and felt trapped, and so proceeded to jump over the balcony, which is how he broke both of his ankles and feet. 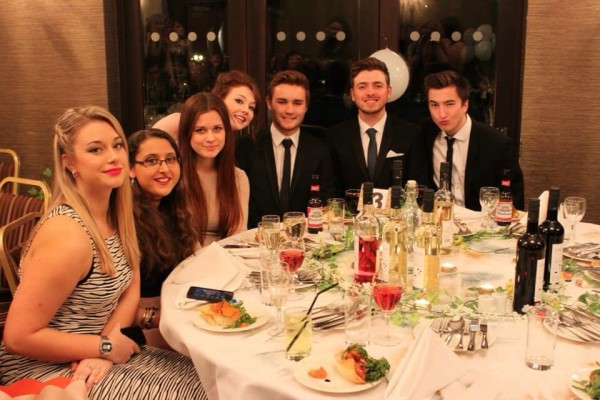 Elliot (third from the left) and friends in Nottingham

In hospital, his nurse told Elliot “he was lucky to be alive.”

Stranded in Bristol hospital, Elliot’s family travelled from home to come and visit him. Elliot believes he will have to continue to stay in hospital for a while longer, which means that, as he is unable to walk, he spends most of his time in his hospital bed, having sponge showers and having to eat the grim hospital food that is supplied. The only break Elliot gets is when his family wheel him to the hospital Costa. 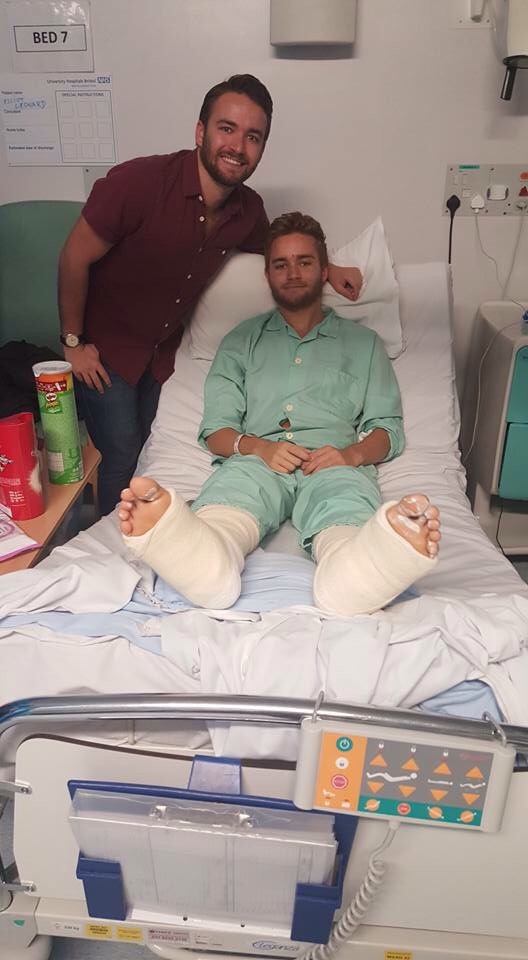 Luckily, Nottingham University have been extremely supportive about the whole situation, and are allowing him to complete work when he is able.