‘We have a love/hate relationship with the photobooth’: Meet the Crisis Girls

Every week, thousands of students descend on one of Nottingham’s biggest student nights. As we lurch around sweating balls, downing a VK as we search in vain for our long lost friends, the Crisis Girls are there week in and week out. 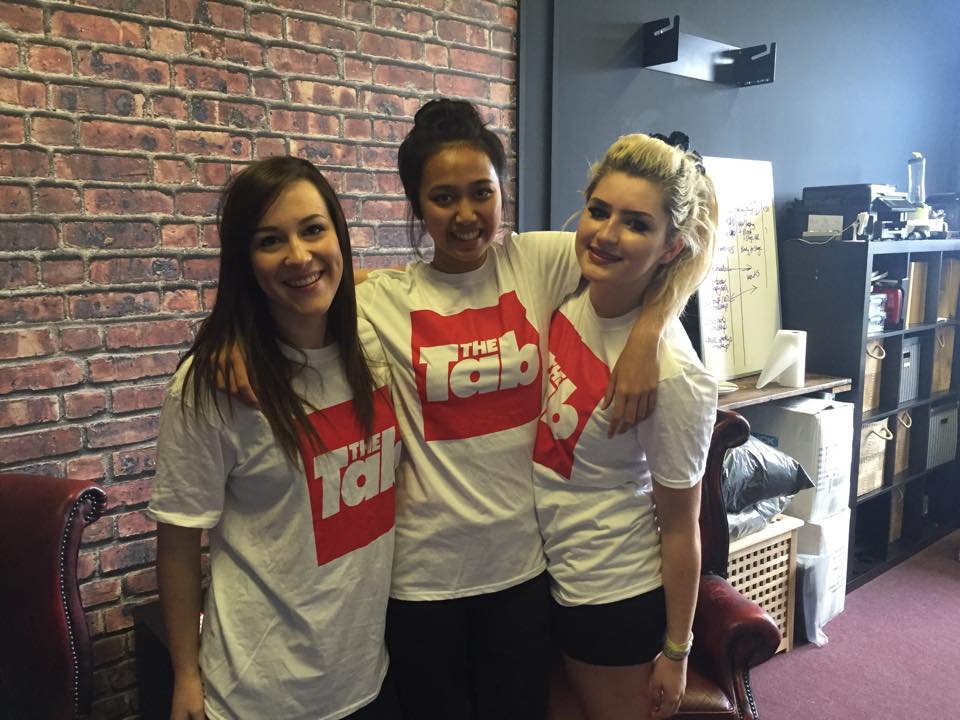 So how did you become Crisis Girls?

Tiffany: “Myself and Ellie found out about it through our cheerleading squad, the Nottingham Arrows, and liked the sound of going out and getting paid for it!”

Ellie: “Yeah, it’s great working for a night that we all know and love and we get to see so many people we know.”

What’s your favourite thing to work on?

Tiffany and Kirsty: “Photobooth! Its definitely the hardest  job as there is a lot of shoving to the front and people trying to touch the iPad.”

Ellie: “Yeah you have to stop people getting naked in front of the camera but its funny because you know they’re having a good time.” 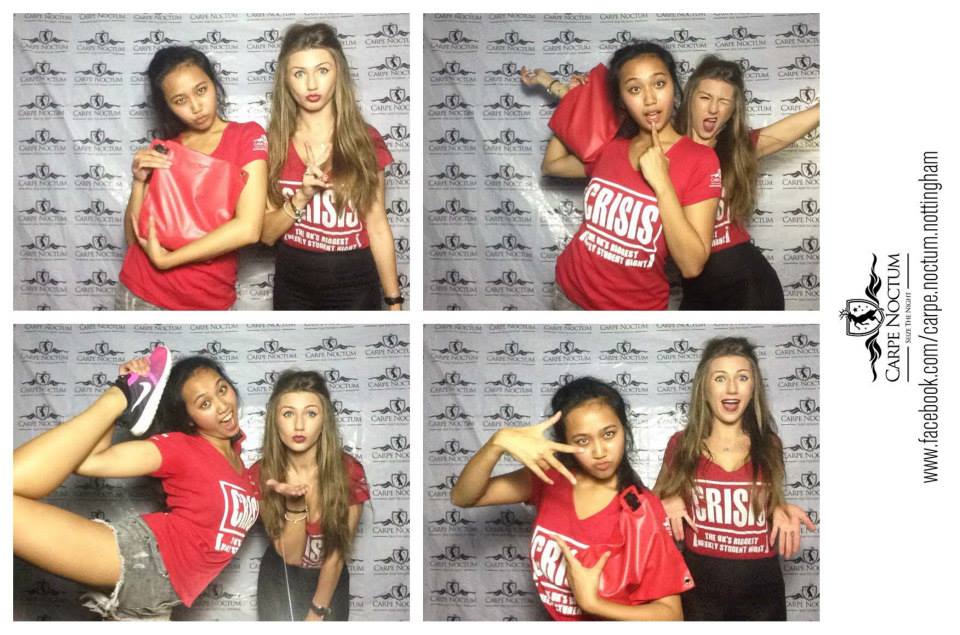 Tiffany: “Yeah everyone is actually super polite even when they’re pissed off their faces.”Kirsty: “I love seeing all the freshers, they’re still so confused about BCL, every week they ask if its connected to the main dancefloor and it’s hilarious seeing them lurking around trying to figure it out, they’ll get there eventually.”

Ellie: “I love the video montage. We walk around with a GoPro and a camera light and people are so confused about what’s going on. They often think we’re just taking pictures so just stand there posing for a picture. They’re the funniest videos.” 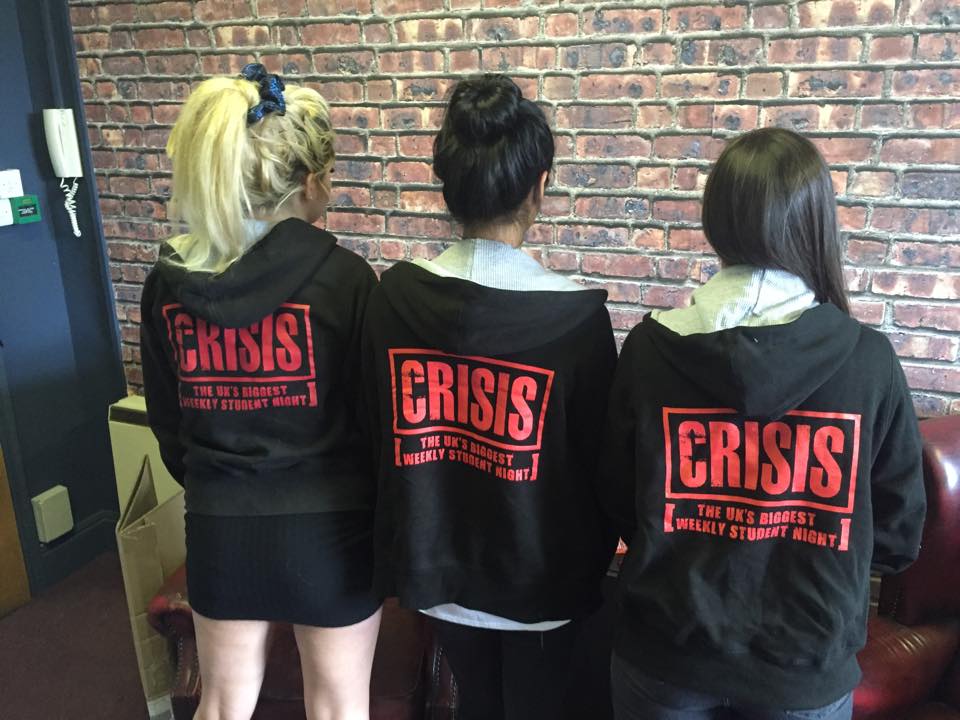 What’s the worst excuse people have come up when they miss their ticket time?

Ellie: “Sometimes people literally beg to get in and throw their money at you.”

Tiffany: “Some people are so stupid and try and photoshop their ticket time. I don’t understand why they think it will work because it just won’t. They’re clearly so desperate to get in.”

Ellie: “Yeah every week without fail we get at least one group who are late because they had to take their mate to QMC during pre-drinks which is clearly bullshit as that takes at least 5 hours.”

What’s the funniest thing you’ve seen a drunk student do?

Ellie: “One time my hair was covering the CR on my Crisis top so a guy came up to me thinking it said ISIS. He literally followed me around for hours thinking I was in a terrorist organisation.”

Kirsty: “All the sports boys take off their tops and pour VKs down their faces.”

Tiffany: “Yeah in the Photobooth they always kiss their ties or simulate sex. One guy brought an onion to Crisis and was just chomping away at it. The sports teams are always a laugh as they wear ridiculous costumes, the Rugby boys love dressing up as babies.” 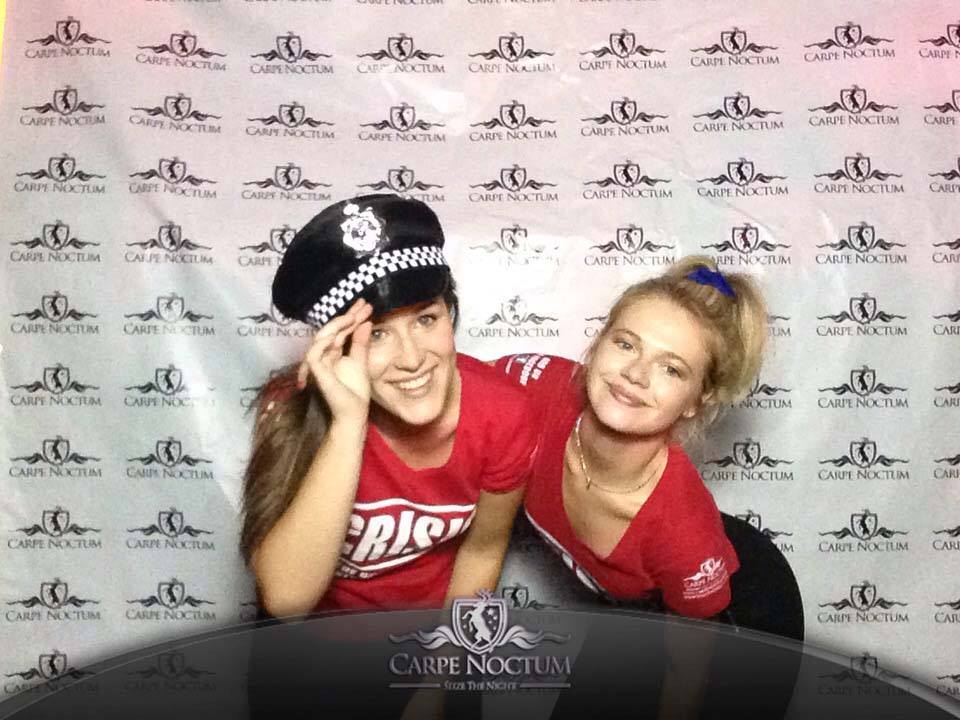 Kirsty: “The AllFrighter for sure! I love campus the day after tickets come out as all you can hear is whether people got tickets or not. People really make an effort with the costumes.” 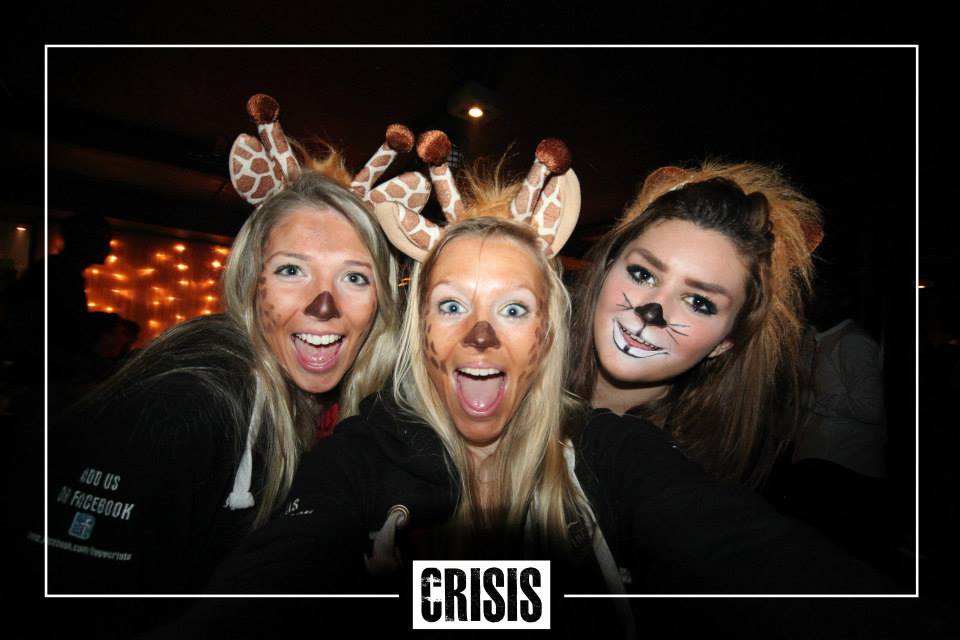 Ellie: “The last Crisis of the year as so many students who are graduating actually cry.”

Tiffany: “The best Crisis nights are the ones you shouldn’t have gone to. When its exam season and most of your friends are revising and you go out with the intention of being home by 12. They’re always the messiest nights.”

Why do you think Crisis is the best student night at Notts?

Kirsty:  “The drink prices, they’re so cheap compared to other nights.”

Tiffany: “There is so much different music there is no excuse not to come.”