A daring attempt by a third year to nab an Ocean ticket triggered an epic poetry slam on the buy/sell tickets thread.

The desperate poets battled it out for no apparent reason to produce the best verse, but were not rewarded for their creative efforts.

English students flocked to the thread to find lines to plagiarise for their dissertations.

Alex Robert kicked off the contest in a last-ditch bid to gain a ticket to the busiest student night of the week, in a post that achieved over 1000 likes from admiring students.

Alex used a wealth of poetry techniques, including metaphors and rhyme, to produce powerful lines such as: “So my friends: I must ask you once more, help me explore the Ocean floor.” 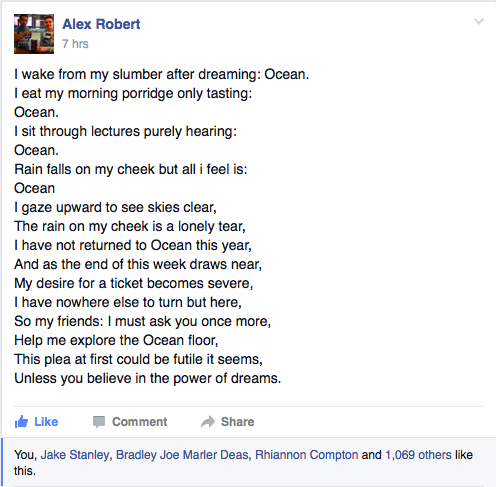 I wonder if he likes Ocean

The Chemical Engineering third year said: “I didn’t expect it at all.

“I woke up this morning and knew I needed to post on buy/sell.

“I usually like putting something a little different and quirky.

“I was thinking about what I was going to say and just thought ‘I haven’t done a poem before’ and then wrote it over my morning bowl of porridge.

“The first few lines I thought of in the shower. 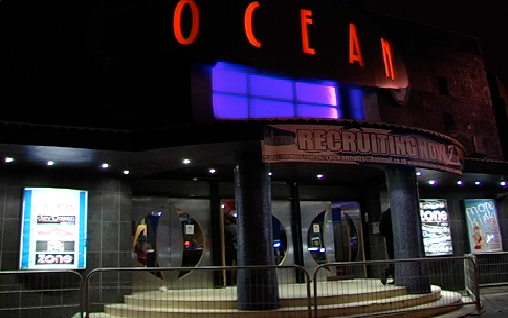 Who said romance is dead

Jake Hyman, representing “The Lost Boys”, rivalled the first poem with one of his own, in a plea to return to Ocean with his friends who have graduated. 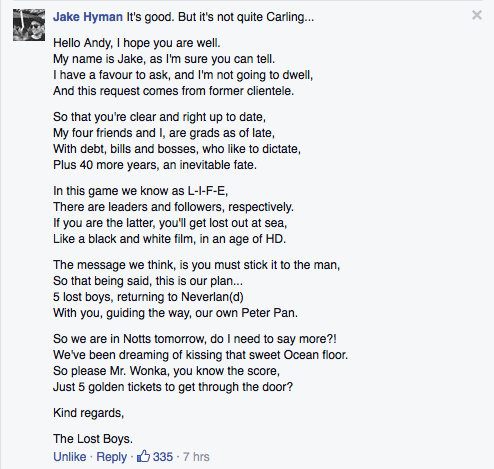 Another ticket hunter, Sam Overton, cheekily said: “And rather than begging on Facebook you see, We could run through the door, like in Ocean last week.”

The fire-door part was for “creative purposes”

Paul Norman, resigned to not obtaining a ticket, suggested the best idea was to head to Bodega.

Ocean owner Andy Hoe revealed that amongst his many talents, which include playing the cheesiest tunes and cleaning the carpet every week, he is also a dab hand at writing poetry.

The king of the dance floor said: “I might start an Ocean Poetry Soc…..how many members do I need?”

He’s a Hoet and he didn’t know it

Original poster Alex is now contemplating a career change following the applause his masterpiece has achieved, but doesn’t believe his work was better than anyone else.

“I don’t think you can call one person’s art better than another’s.

“I haven’t received any contact from Andy Hoe yet.

“If I don’t hear from him I’ll probably write another poem expressing my inner anguish.”