A random guy bought our pair of Ocean tickets for £100

One lucky second year scored the deal of a lifetime after her Ocean tickets were bought off her an in the queue for a tidy £100.

English and Philosophy student Katie Clough was planning to spend the night in Ocean, but when confronted with a possible 1000 per cent markup, she couldn’t say no.

This is the story of her night

Tickets for Ocean last friday weren’t selling out any faster than usual, but I had bought mine in advance for £5 each and collected them from the SU just to be safe. 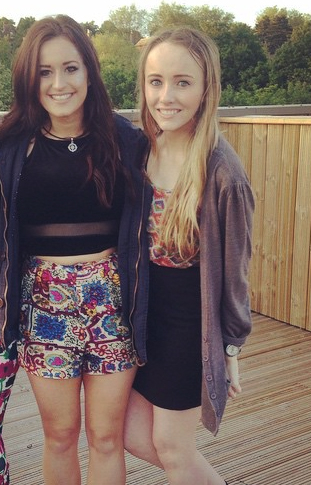 Katie and Beth made £95 out of a random guy

After having pre drinks and getting the bus to the Big O’, my two friends and I got into the ticket queue and waited to go inside. About 30 seconds after arriving, two normal looking boys start running down the outside of the queue shouting “We will pay £100 for two ocean tickets!” and waving around a wad of £20 notes.

I obviously shouted back at them that my friend and I would – she didn’t object to it either. We thought it had to be some sort kind of joke, so in our drunken states we started putting the notes to light to make sure it was real. 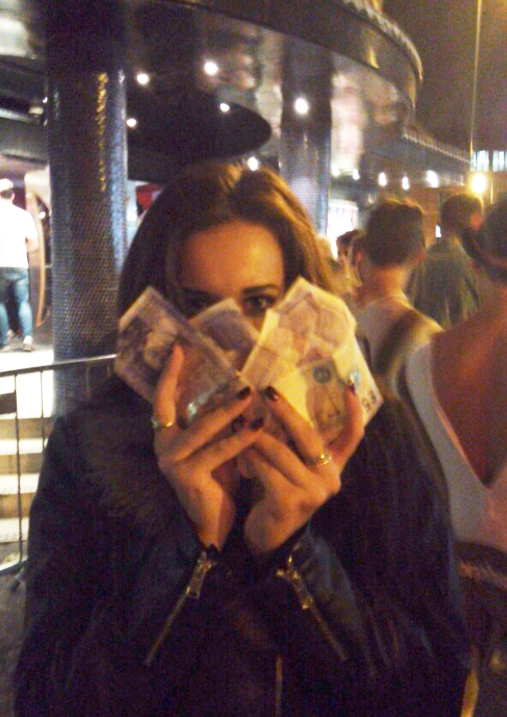 We quickly swapped the tickets for the money and ran off ecstatically screaming and jumping about, while our other friend went over to the non-ticket queue to sell his as well.  Unfortunately, the non ticket queue were not so generous and he only got a tenner for it.

Now at a bit of a loss for what to do with our night, we wondered around town in a blissful drunken stupor, climbed on the statue of a Lion in market square. 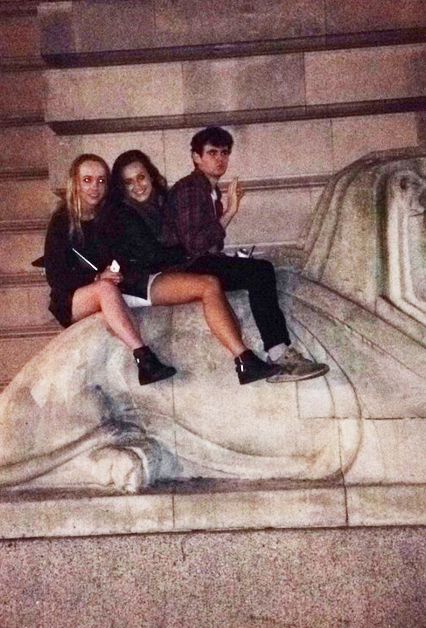 We decided to go spend some of our newly found riches,  but now unsure of where to go, ending up at Bodega which was pretty edgy. Although it was pretty scary being around the locals, we spent £4 entry to bodega and about £4 on drinks.

We ended up sharing a cab back, saving even more.

If I was sober,  I would’ve wondered why the boys didn’t offer to buy the tickets for a lower price, but being inebriated we forgot our morals and accepted anyway. 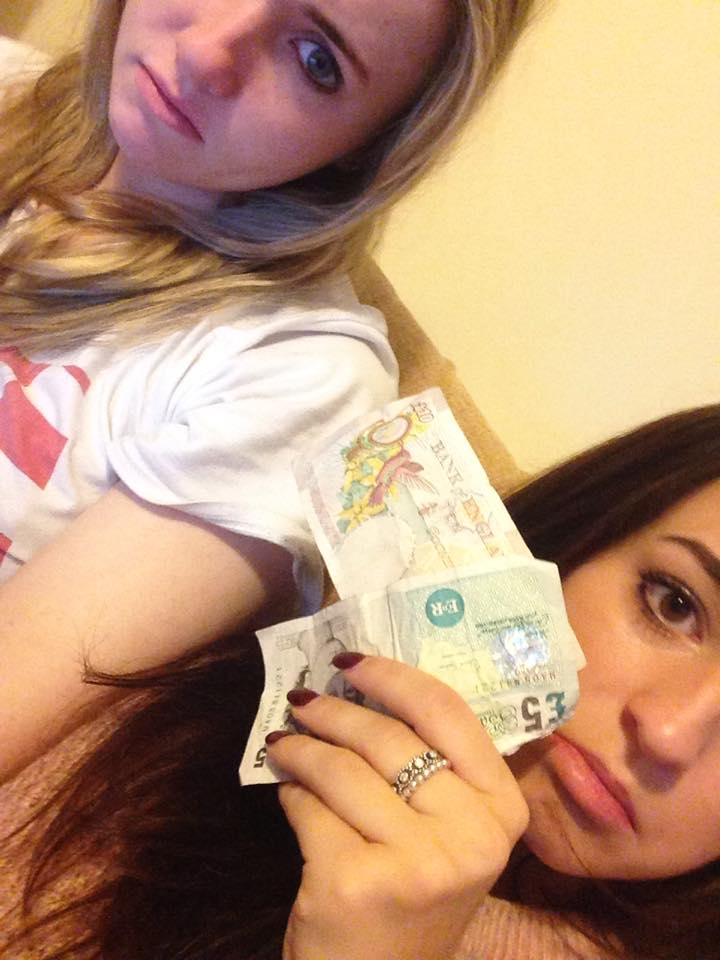 All that remains of the cash

We don’t know who these boys were, but we hope they had a  great night because they definitely made ours!