If you don’t learn how to cook, you’re never going to bag bae

It’s your duty as a one-night host

Has it ever dawned on you that the first meal you share with a future boyfriend/girlfriend is breakfast the morning after sex?

It’s no longer cool to live off beans on toast, we’re in the age of the cosmopolitan student. The tired trope of a diet of instant noodles, baked beans and kebabs is dead and buried. Today’s students are more likely to be experimenting with pulled pork or pesto than tucking into a pot-noodle.

So unless the novelty of being a wide-eyed, naive fresher hasn’t quite worn off, you have no excuse for not knowing how to knock up a basic selection of date night meals. If you can’t even cook a proper breakfast by now, you may as well face the fact that you’re never gonna get someone that you actually want to take home to mother. 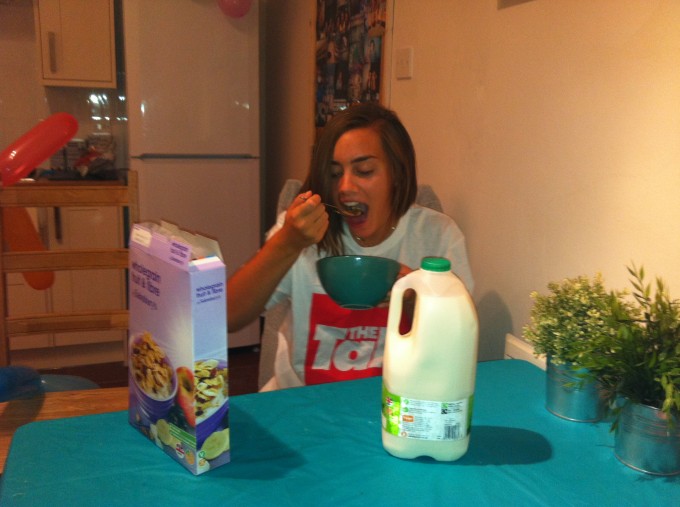 Be better than cereal

If you’re clueless in the kitchen, chances are you’re going to be lumbered with a Superdry-wearing annoyance from Oceana, one whose late night “wuu2 bbz?XX” texts make you regret that you ever thought about chirpsing them in the first place.

So, how do you stop yourself from getting into this situation? Consider the following scenario.

You’ve had a casual encounter with a girl or boy at your house that you’re proud to tell the whole squad about. You offer her breakfast, with the optimism that she tells her friends that her experience with you was above average, that you went the extra mile and demonstrated an unwavering attention to detail.

But, due to your lack of an education in the kitchen, you return to your room with a bowl of cornflakes. She leaves dismayed, with no memorable breakfast-in-bed tale to tell her mates. You scored around a five out of ten. Unsurprisingly, serving own brand cereal doesn’t really scream “Commit to me and your faith will be repaid”. 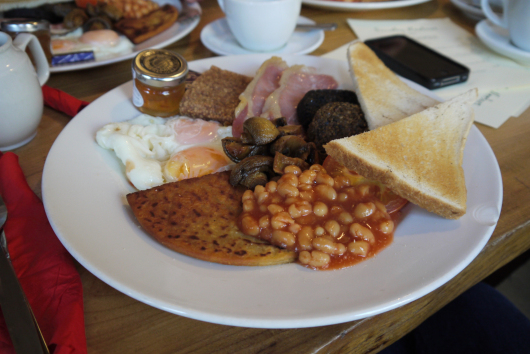 An effort to be proud of

If you’d have returned with hot food made from scratch, you’d be looking at an eight or nine and she’d already be mentally planning her return to sample your next culinary endavour.

Breakfast in bed can be an unwitting deal breaker to both parties involved. Granted, there exists a breed of man that believes a pat on the back and some silver for the first bus home is ‘the right thing to do’. However, if you aren’t a wanker and actually want to see the woman in question again, you need to follow this advice.

The love interest in this social experiment will rarely seek out breakfast for themselves. It’s not their place to. You know it, they know it. It is your duty as a host. This is your time to shine, showcase your domestication and provide luxury on a budget.

If your cooking is bang average, you’ll make an effort worthy of only small applause. The food you serve will be met with awkward warmth. You had a go, that was nice of you, but it doesn’t excuse the fact that going for porridge with chopped banana makes you pretty fucking boring.

But, once your culinary skils are refined you will flamboyantly unveil a showstopper, a real homage to breakfast’s old and new. Eggs bloody Benedict. She’s never experienced a morning-after breakfast like this in her life. She can’t believe her luck. She’s uploaded it to Instagram and commented “#JordanRamsay”. With that, my friend, you have triumphed. She leaves giddy with a smile, her phone number in your contacts and a coffee date at Cafe Nero pencilled in for the weekend.

This is the impact that watching Nigella, Delia, hell, even Ainsley, once or twice a week can make on your chances of sealing the deal with a respectable bae, a keeper. And in turn, without even realising, you’ll have become a keeper too.