Water from her sink in halls got into a contact lense

First year is a time of making friends, going out too much and scraping through your classes with a 40 per cent average. But English fresher Jess Greaney nearly spent a week in hospital when she nearly lost her eyesight from a parasite that was eating away at her eye.

Jess was kept awake in hospital for a whole week to stop her eye being eaten by a parasite she caught from the water in her halls. Water from the sink in her room at the University of Nottingham got into a contact lens and left her with a sight-threatening and potentially deadly parasite.

From horrendous eye-scraping hospital procedures to not having to apply eyedrops in nightclubs, first year has been an absolute nightmare for Jess. This is her story. 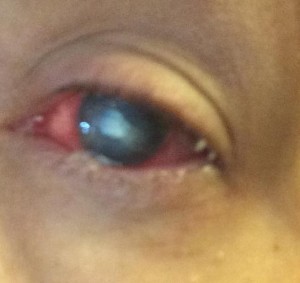 Acanthamoeba Keratitis. To most, these words are just two unnecessarily long, hard to pronounce collections of syllables. But for others, they are the diagnosis of a potentially blinding eye infection. It was just before Easter when I first visited the hospital about my eye.

I decided to go in when my tutor mistook my constantly drooping eyelid as an attempt at flirtation. Doctors at Queen’s Medical Centre told me it was just an ulcer and that it was pretty easy to get rid of. But, by the end of the week, my eye was bulging, and it looked like a huge red golf ball. It was swollen, and extremely painful.

A week later at my check up, I was admitted into hospital to start an intensive treatment of frequent eye drops because my cornea was being attacked by a parasite. My eye was being eaten from the inside. But my infection wasn’t diagnosed immediately. Initially the doctor thought I had eye herpes. He awkwardly asked “Have you recently been sexually active?” while my mother sat less than a metre away from me – reminding me of my non-existent sex life. 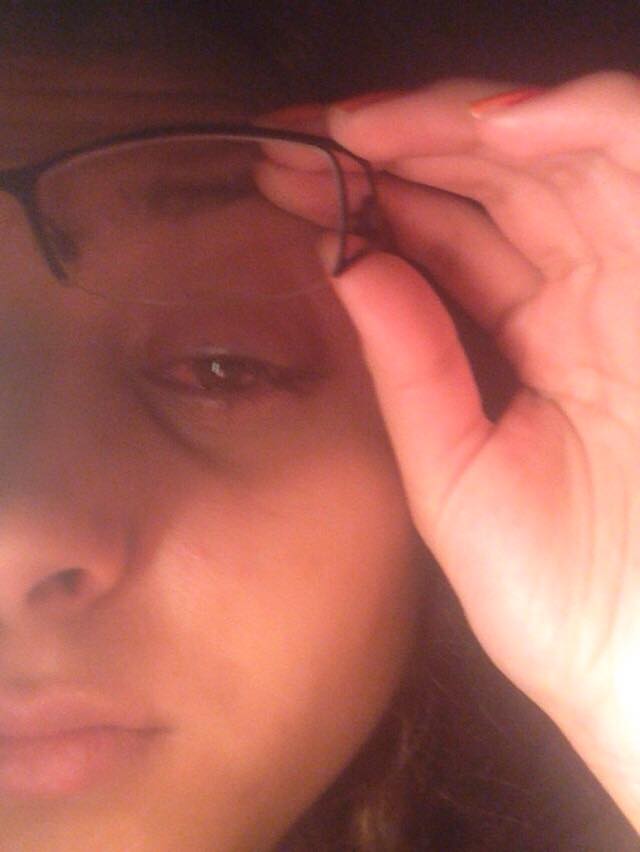 I was then led into another room, where another doctor held my dodgy eye open with clamps, numbed my eyeball, and scraped off a layer of my eye for testing – which felt just as grim as it sounds. When they finally came up with the diagnosis, I asked how it was caused. Apparently, water has tonnes of different types of bacteria and the Acanthamoeba just happens to be one of them.

It happened because my contact lenses got contaminated. If dodgy water contaminates a lens, it can cause this type of infection. The parasite survives in the area between the lens and the eye, and it eats away at the cornea, through the eye and eventually into the spinal cord.

If so much as a droplet of water gets into contact with the lens, problems can occur. I got my infection by just leaving my contact lenses near my sink, in a glass of solution. The first four days after being admitted to the hospital consisted of a nurse coming into my room throughout the day and night to wake me up every ten minutes in order to hold open my eyes and squirt a few droplets in. 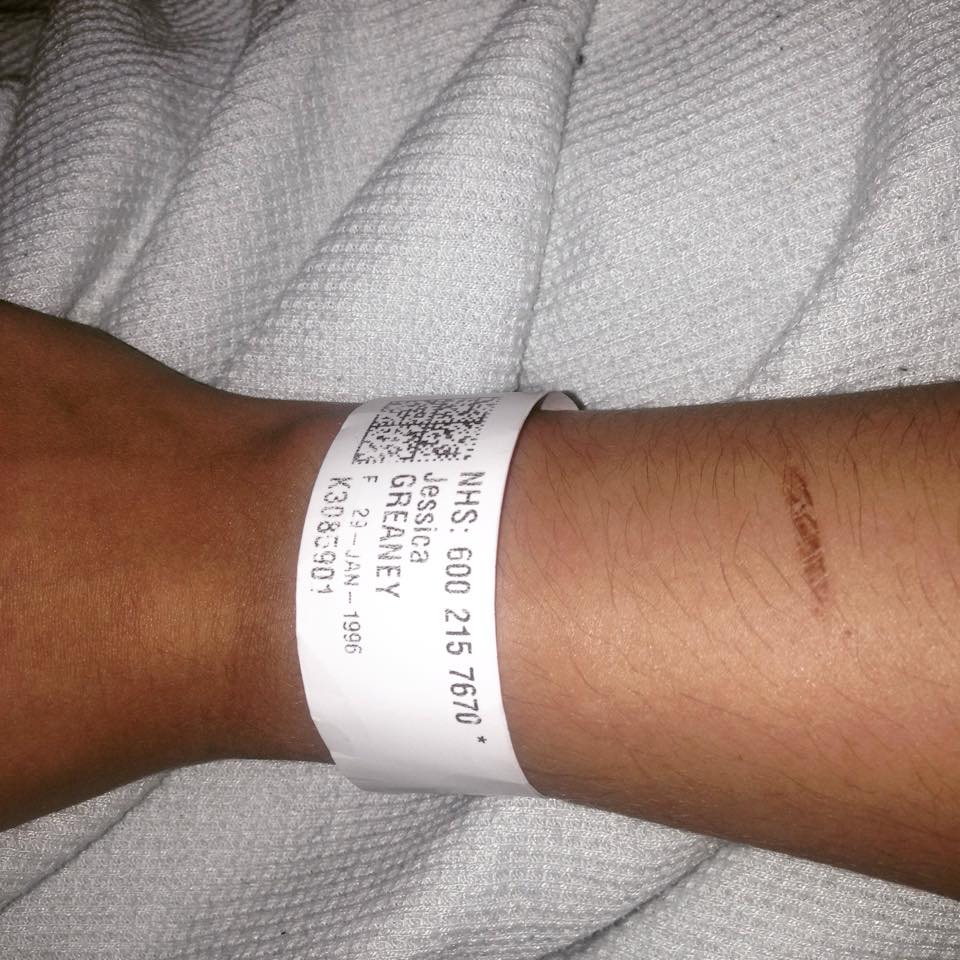 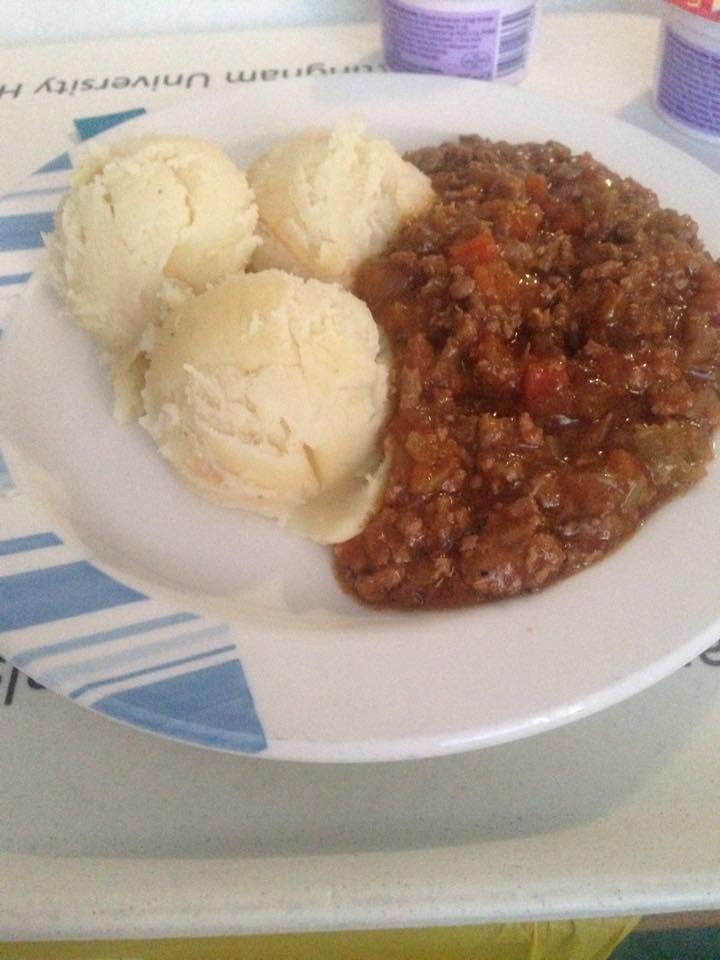 This parasite was still eating my eye and even worse, my immune system was shutting down because of my lack of sleep. After just over a week, the medics decided I should go home to continue my recovery. 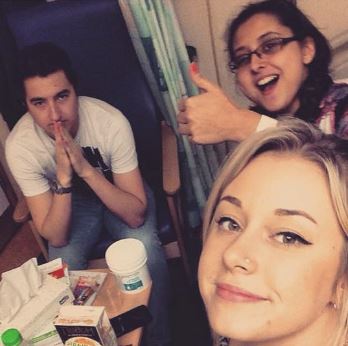 my friends came to visit me in hell

Not only was I feeling shit, the pupil parasite was still alive and kicking and I couldn’t stomach eating anything. I couldn’t sleep, I couldn’t eat. Not even McDonald’s chicken nuggets could save me.

Eventually, things began to improve. I could see through the eye again, the redness diminished, and the sensitivity to light I had previously been experiencing lessoned. 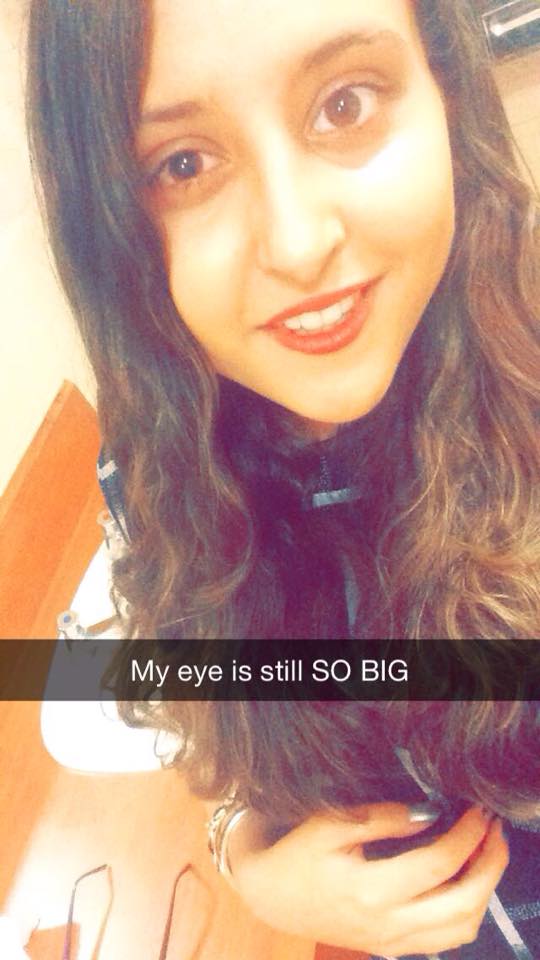 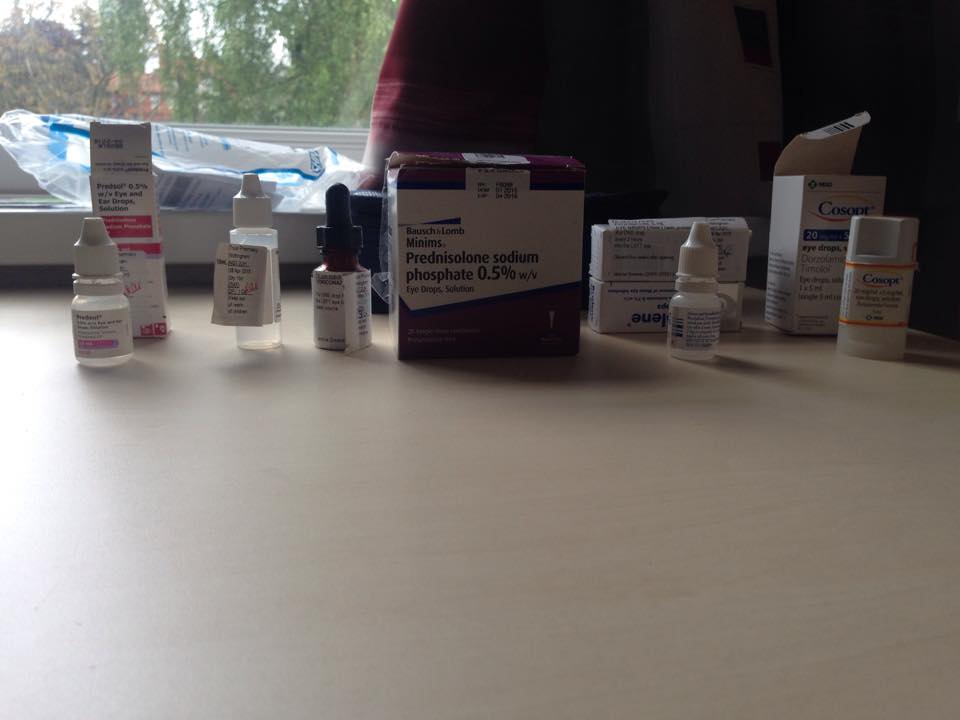 The doctors did keep me on an eye drop to dilate my eye. Up until last week, I looked like I’d taken a gram of MD before I’d even eaten breakfast.

I’m still on 22 eye drops a day, but this has decreased from 41 – and hopefully will continue to decline with every hospital appointment and check up. It is expected that I’ll have to continue the treatment.

Even on nights out, I sometimes have to take eye drops with me in a refrigerated bag – still beats nearly being killed by a bug. 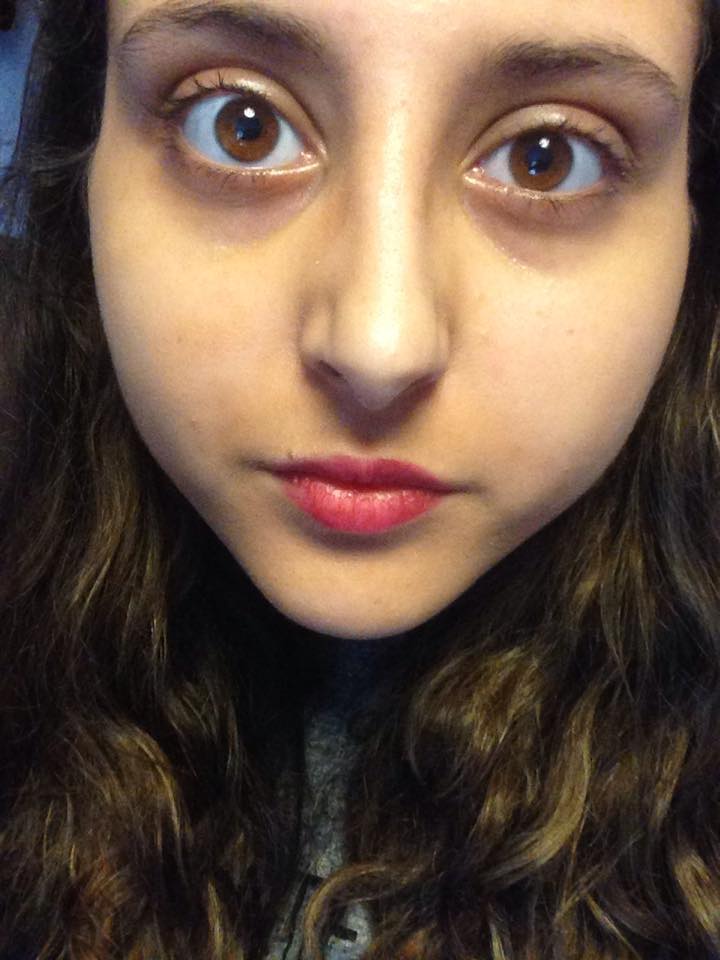