‘The girlfriend doesn’t mind too much, she’s liking the WAG lifestyle’

Sat on the half broken sofa in his living room somewhere in Lenton, this is the legend who’s been smashing his way through the footballing world.

Law and American Studies fourth year Jack Wain gives the inside story on his remarkable season, which has seen him rise as high as second in the world at fantasy football.

With just three weeks left and sitting just 27 points off top spot – an achievement many male youths could only dream of – Jack’s team, aptly named Wain’s Wonders is inches from the ultimate prize. 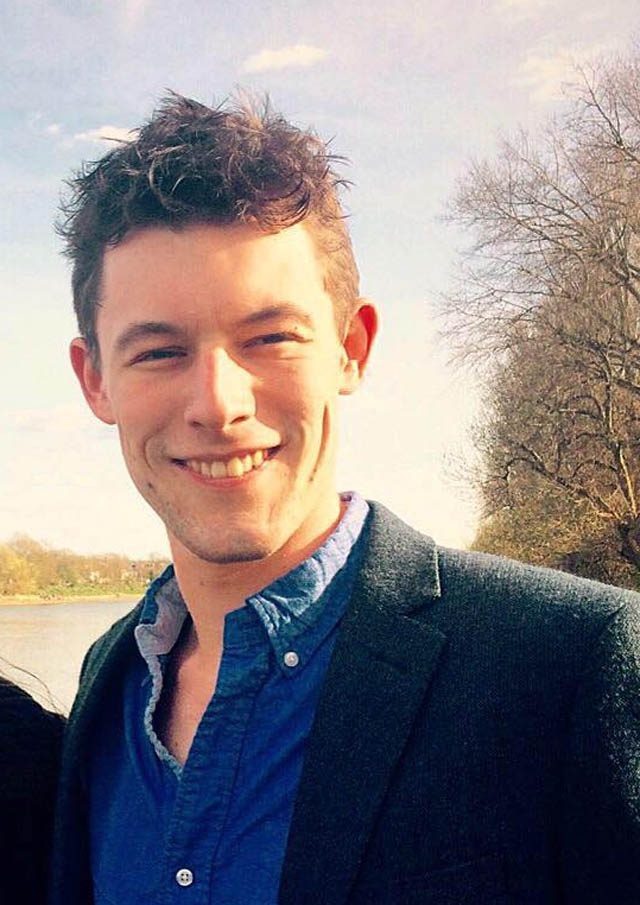 Starting the process in Cripps Hall four years ago with a mate, the challenge has grown on Jack and his friends.

He said: “We do it for fun really and to take the mick out of mates. None of our leagues are for money and the overall prize is a bit rubbish as well.

“I spend a lot of time researching stats and we constantly talk about it in the house.

“The girlfriend doesn’t mind too much, she’s liking the WAG lifestyle.” 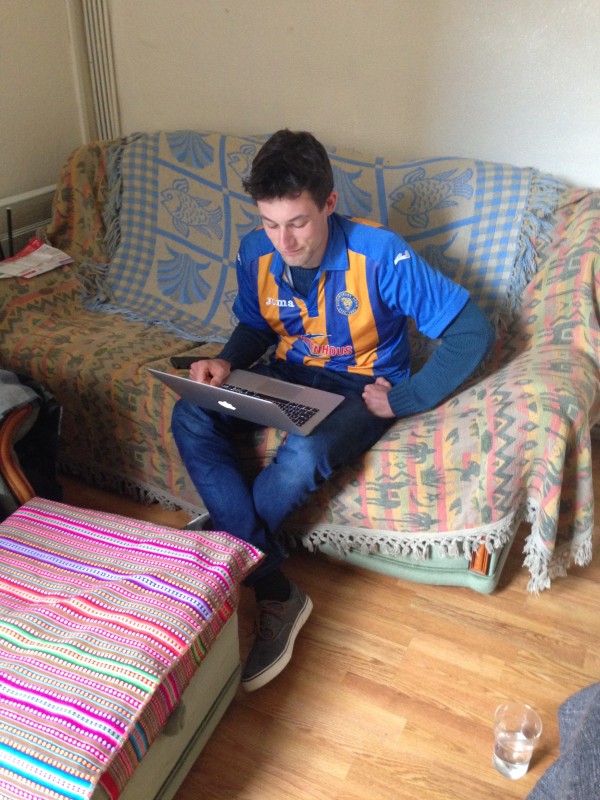 Despite spending a “ridiculous” amount of time on the hobby, down to earth Jack still feels good for exams with a job lined up for post uni.

His phone is visibly vibrating next to his laptop, which is unsurprisingly open to his fantasy football page.

Jack added: “Currently WhatsApp’s going crazy saying ‘Jack’s getting interviewed by The Tab, we live with someone famous!’ Everyone has been very supportive.” 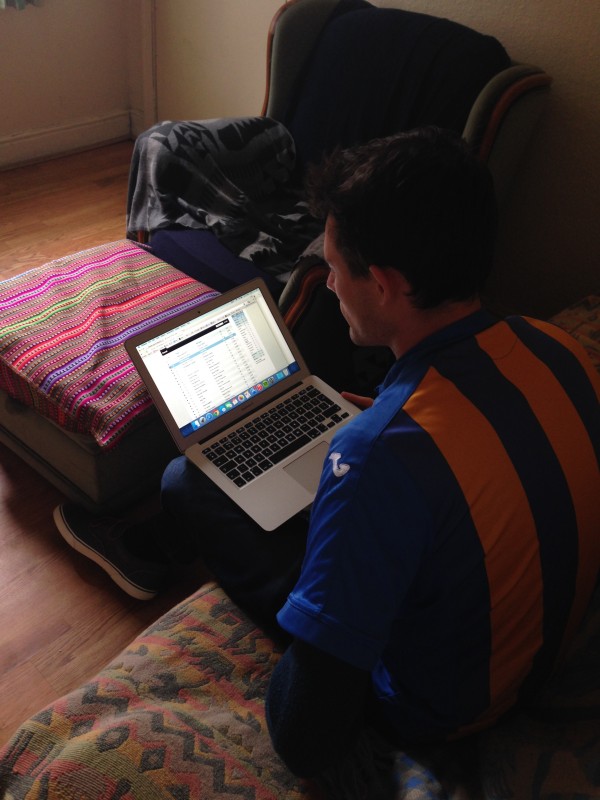 This support has not just been from friends, with over 500 new followers on twitter in the last 3 weeks giving him good luck messages and asking for advice. He was also asked to start his own weekly fantasy football blog called ‘Wains Wonders’ at Fantasy Football Fix.

He said: “It’s just escalated and gone off, a photo of the leader board on Facebook 130 likes, I’ve only got about 400 friends. I’ve also been invited onto a big weekly podcast called ‘Fantasy Football Scout’.

“One of the reasons I started was to avoid spending the accumulator money, it has not transferred success wise.” 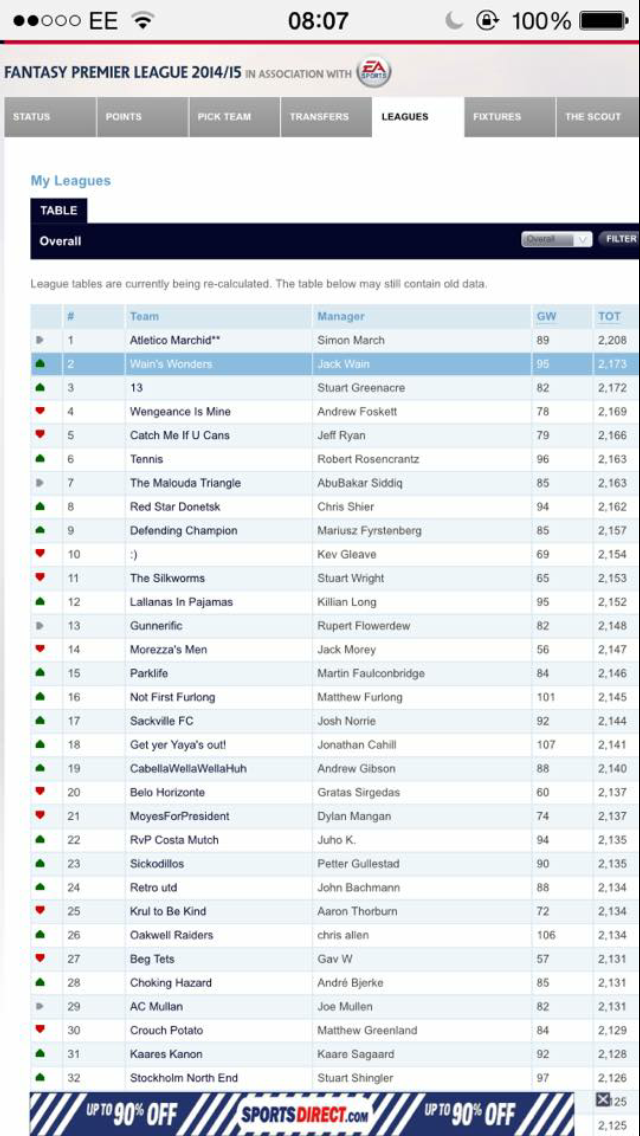 For any budding fantasy football players, Jack explained his success.

He said: “It comes from the time, the research, the stats, getting opinions and giving them out. I think there are a few principles to stick by throughout. Watching games helps me a lot.”

Unfortunately for the fantasy football world, it seems like Jack has little future plans to continue his career with the knowledge he will never get the time, or luck, to do it properly again and will likely never finish as highly again.

But for any leeches, Jack gives regular tips on who to pick on his twitter. 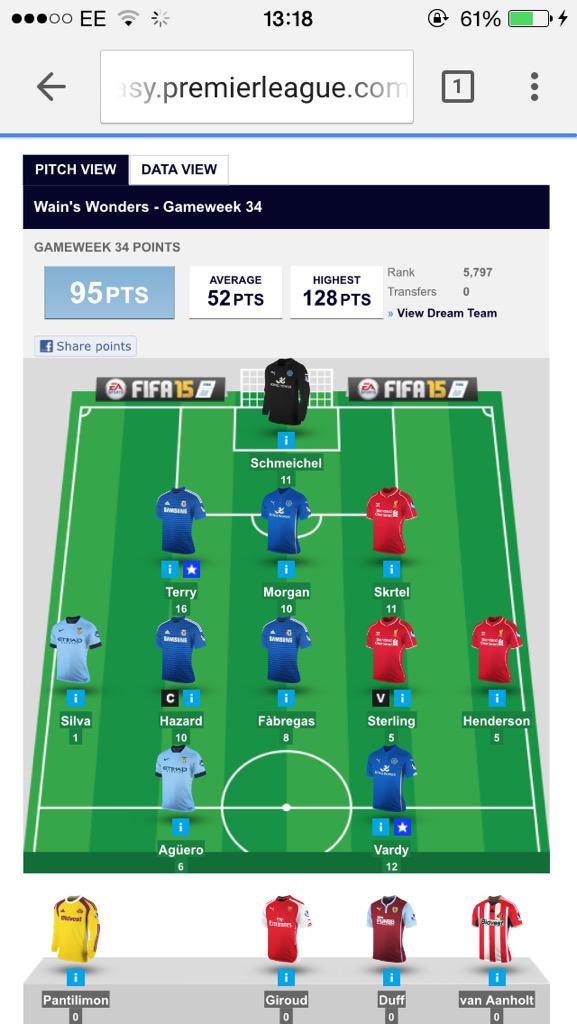