Tonight in The Den, jubilant Angharad Smith was crowned the new president of Nottingham SU.

She inherited the title from beleaguered incumbent Harry Copson. 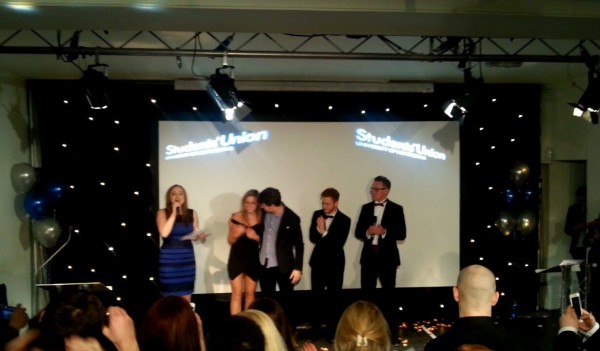 9819 voted in the presidential race, with third time runner and crowd favourite Johnny Lawrence coming in 7th place after a stirring cowboy-themed campaign.

Last year, 9,255 students turned out to vote for the President and Harry was declared the winner after the 7th round.

With 2799 votes obtained after several rounds of recounts, Harry beat Mandour Jr. by a mere 96 votes.

And the rest of the winners were: