Nottingham legend to compete in heated fry off contest

A breakfast loving second year competed in a fry off with a cocky Sheffield counterpart after being pelted with abuse.

Economics student Dom White faced off against Alexis, who claimed he could make a “better fry up with his eyes closed”.

The much hyped contest took place on 22nd February and Dom thought he was in with a good chance of poaching the national student fry up crown.

He is now eagerly waiting the results from the fry up gurus. 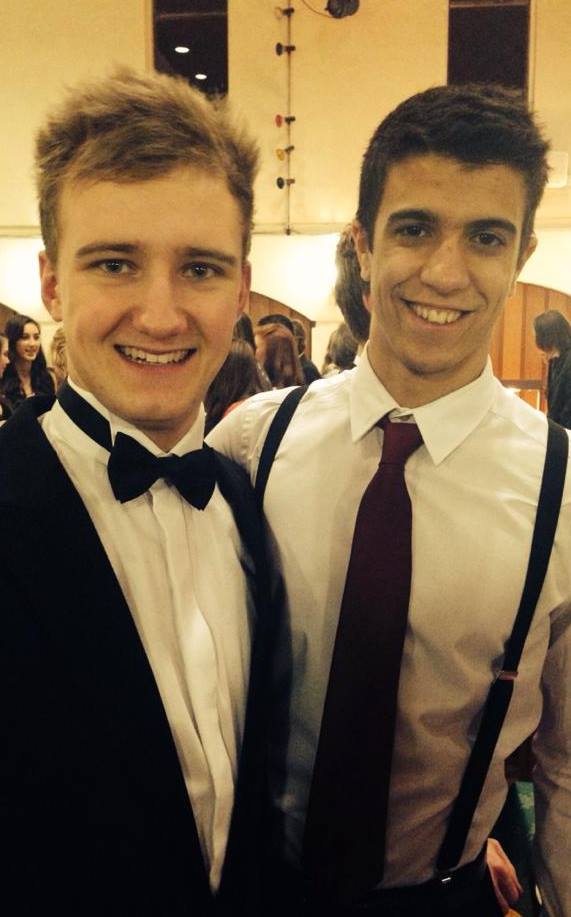 It all started when Dom proudly uploaded a photo of his breakfast masterpiece to the Facebook page ‘The Fry Up Police’, who have been, “Raising fry up standards since 2014.”

Despite his best efforts, Dom was panned on the facebook page, being attacked with a barrage of comments telling him how bad his fry up was

“I was never intending on posting it but thought I would just to enjoy the abuse I would get.” 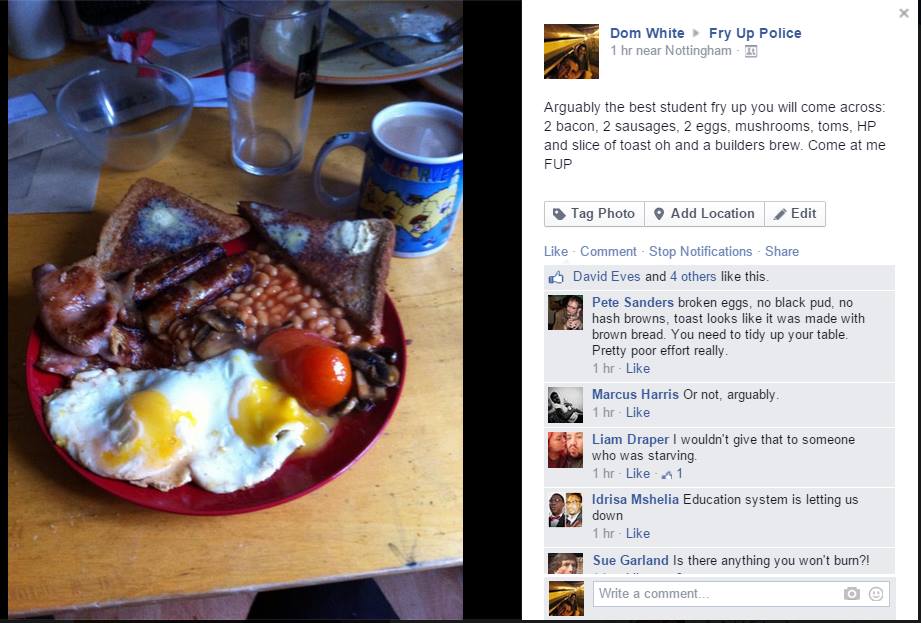 The posters were unrelenting with their abuse. One said: “Is there anything you won’t burn,” with another even adding: “I wouldn’t give that to someone who was starving.”

Cocky Sheffield student Alexis said: “I can say with certainty as a student I could top this with my eyes closed,” prompting the admins to call for a fry off to settle the debate. 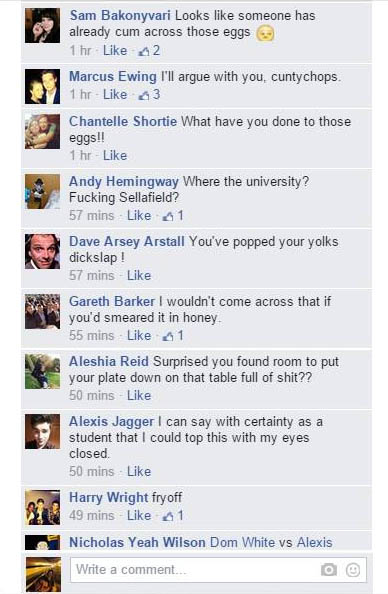 Dom has been undeterred by the spiteful comments he received, and is taking the contest absolutely seriously, “We have to win, my housemates are all going to chip in to make an unreal fry up but the fry up police cannot know this as we would be slated.”

The build up to the much anticipated bout has been a tense affair, “It’s been quiet. The storm is brewing. He seemed pretty confident.” 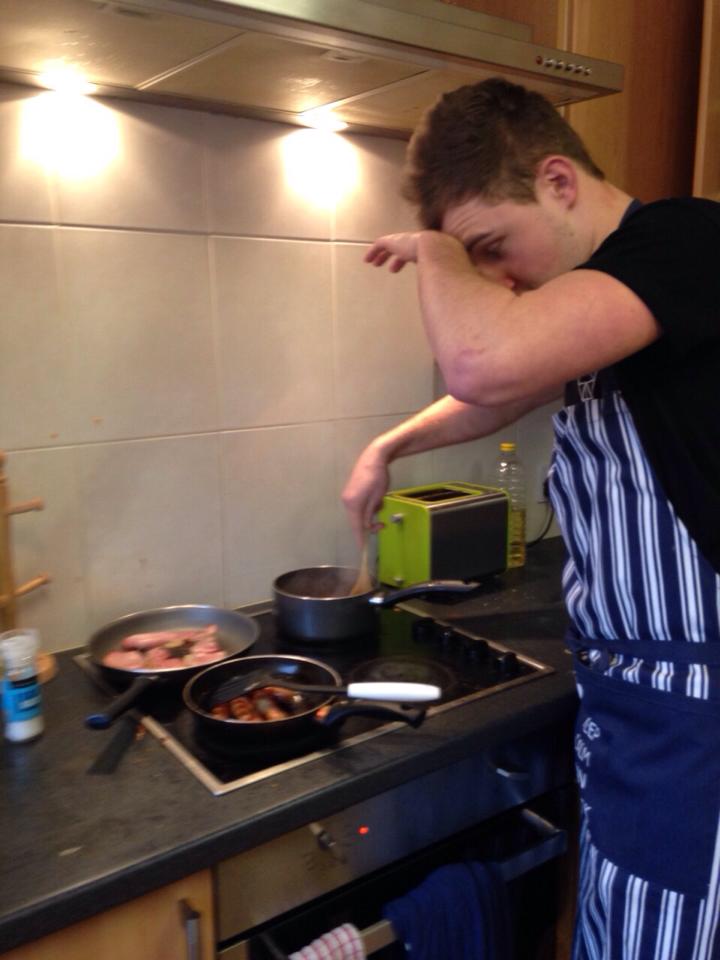 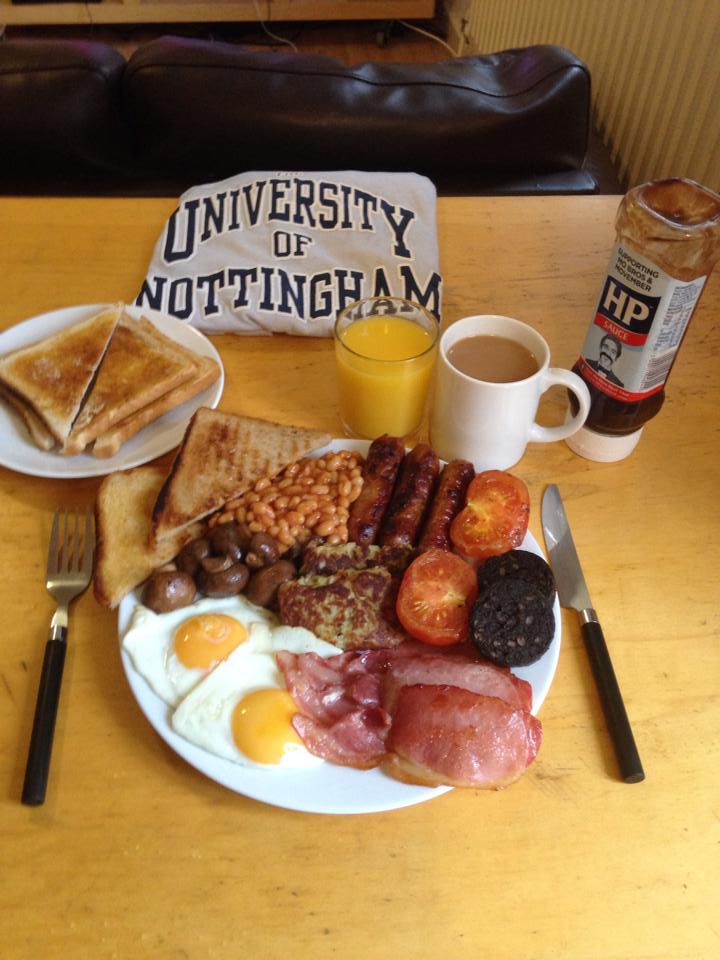 Dom cooked his entry for the contest yesterday and is now eagerly awaiting the results. The breakfast, complete with black pudding, took about an hour and a half to make. Extra care was taken to cook everything really slowly to avoid burning.

Early signs are looking good, with one admin claiming he was struggling to find fault with the fry up.