Hallward security guy stole my phone to teach me a lesson

As if all nighters weren’t tough enough

An angry architecture student was left dazed and confused when the Hallward security guard stole her phone to teach her a lesson in the middle of the night.

After successfully securing a table on the first floor earlier in the evening, the third-year settled down for an all-nighter in Hallward.

But at 2am she went to collect her printing, leaving her laptop and phone on the table.

The hapless girl, who will remain anonymous, returned to find her phone gone.

“It was 2am, so I really wasn’t in the mood to be taught a lesson,” she said.

The panicked student was left confused and concerned for her safety as she realised that without her phone, she was stranded in Hallward.

“I was about to call a taxi as it was 2am and there were no buses running, and all my friends were asleep. I started to freak out.” 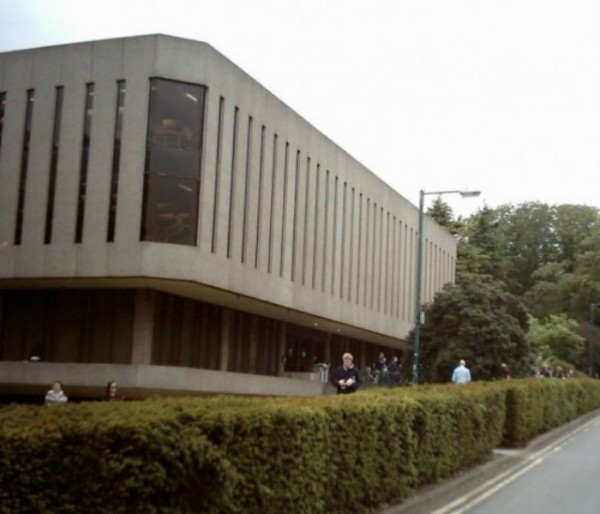 She spent the next 15 minutes frantically searching for her phone and eventually noticed the security guy eyeballing her.

She said: “I was sitting close to the front so I’d had eye contact with the man at the desk all night.

“I saw him looking over at me searching and eventually he came over and asked if I was looking for something.”

Almost crying, she started to explain what had happened, only then did the educating security guard open his hands to reveal her phone. 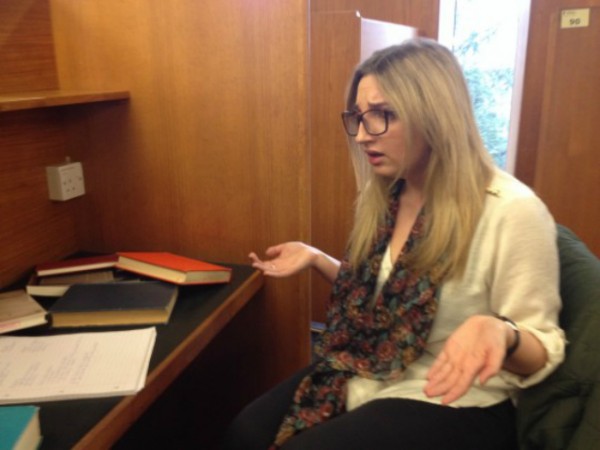 Not what you need at 2am

The mischievous man said to the unsuspecting stressed architect: “You left it on the table so I took it to teach you a lesson about leaving your stuff unattended.”

Apparently the Hallward Night’s Watchman, who was described as “quite old”, has a reputation for such unusual behavior.

Overwhelmed with the reunion she couldn’t believe what had just happened.

“I thought he was joking. He had been staring at me for the past 15 minutes almost weeping and running around the library in a flap.” 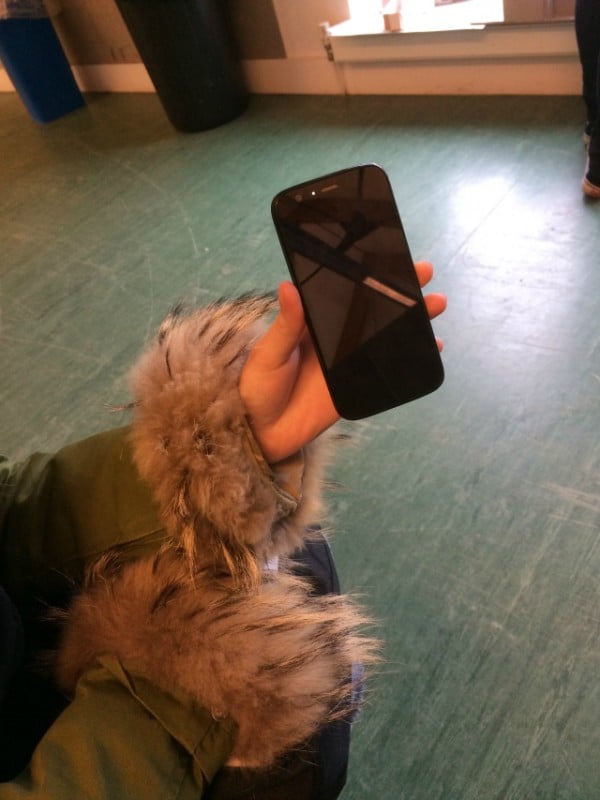 Safely in the owner’s hands

“My phone was hot because he had been holding it the whole time he was watching me. When he gave it back to me, it was in the middle of being turned on, as if he had restarted it – which makes me wonder what he was doing with it.”

Exhausted and shocked, she didn’t ask any more questions but packed up her stuff and left, clutching her phone.

Has the absent-minded architect learned her lesson?

“I’m paranoid that it will happen again, so maybe I will start taking my phone with me when I go to print,” she said.

The satisfied security guy waved goodbye to her on the way out.

Are you one of his victims? Have you been taught a lesson in Hallward? Let us know, email editor@nottinghamtab.co.uk.