Where are the most butters bedrooms in uni?

The University of Nottingham: a prestigious academic institution, steeped in rigorous intellectual debate and award-winning research.

Every year, thousands of freshers descend upon the green and pleasant hills of the downs, ready to start their uni journey, only to discover their room is actually a pile of shit.

From dingy Derby to revolting Rutland, Nottingham’s halls leave a lot to be desired. But which is the cherry on top of the shit sundae? The ugliest girl in the club? The crème de la crap of accommodation?

It’s time for YOU to decide, once and for all, the title of Nottingham’s worst hall.

These two are great if you’re a wealthy business or computing studying international student not bothered about making English friends.

The stifling atmosphere and crushing disappointment of being on Jubilee are topped only by the dead atmosphere. It’s so far from campus and there’s a hugely repellent mix of Computer Science and business students.

In addition, Jubilee campus was the first choice of Ed Miliband, so there must be something slightly off about it. 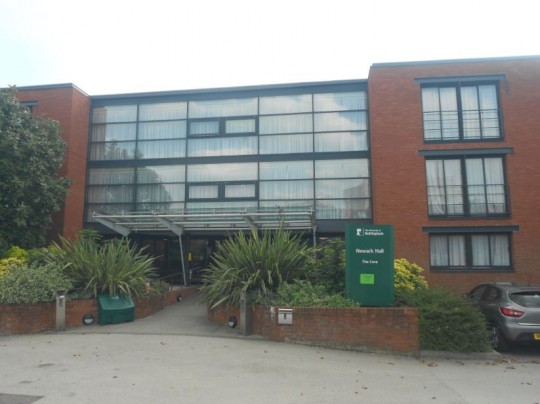 Situated in the arse end of campus, don’t expect to become a BNOC in this sorry excuse for a hall.

Looking about as glamorous as a prostitute picked up in the car park of a Premier Inn in Hull, this concrete monstrosity is inexplicably a focal point for the NW London elite.

Residents of this hall can expect long walks to everywhere worth going to, mind-numbing boredom, social rejection if you didn’t live within five miles of Brent Cross and confused looks when trying to justify their choice of halls.

See above, but with bugs in the food and a necrophilia scandal. Hey, at least you’ll get your added protein. 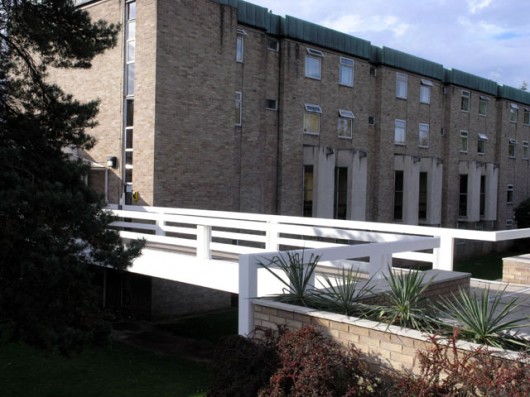 Congratulations, you got into Cripps, you’re a massive wanker.

Having sharpened your coke sniffing skills at home in mummy and daddy’s safe little bubble in Surrey, you’ve decided to brave the big wide world… by moving into halls with all your best friends from prep school.

Woop de fucking do. You think you’re a big man because your parents bankroll your wardrobe full of vintage ralphy and fresh kicks.

But pipe down, your halls are ugly and once all the pretentious douchebaggery is stripped away, you’re just a garden variety twat. 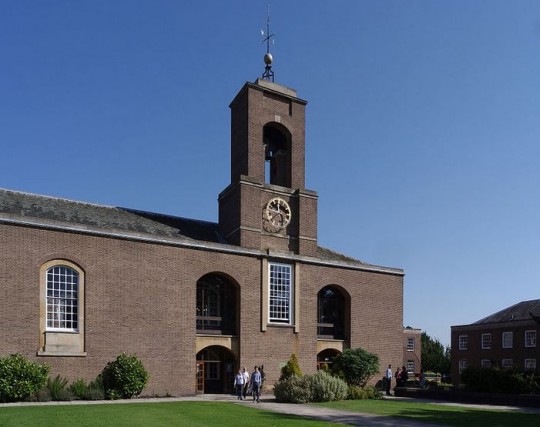 This little concrete monstrosity is situated slap bang in the middle of the downs so everyone has to look at its ugly mug all day.

The exterior is far from the worst thing about this accommodation.

They also have the dirtiest kitchens on campus, and being part of the infamous Derby Army makes you a massive bellend. Derby, it’s best if you just stop trying. 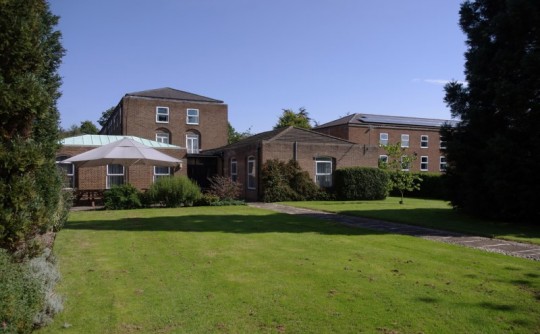 Despite being one of the smallest halls on campus, Florence Boot is still pretty lively.

Shame the people who make it this way are rah types who really wish they were actually in Hugh Stewart with the rest of the wannaBNOCs.

Now, lets be honest – it’s basically in Beeston and, as we all know, nothing interesting ever happens in Beeston.

Also, unless you’re a humanities student, everything’s up a fucking hill. And god help you if you’re based at the QMC. 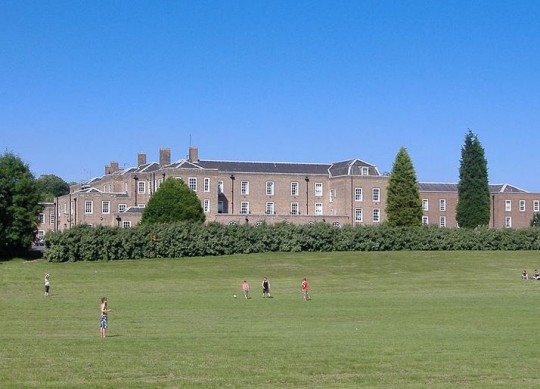 Like Cripps, HughStu is home to those that feel more at home on the polo field than down the pub with the boys.

Hailing largely from the home counties, the wealth at Hugh Stewart is surpassed only by the dullness of its occupants.

If Cripps is the Wolf of Wall Street, HughStu is the Bloomberg business report.

Just as rich, but far more likely to make you smash your face through a coffee table out of sheer boredom. 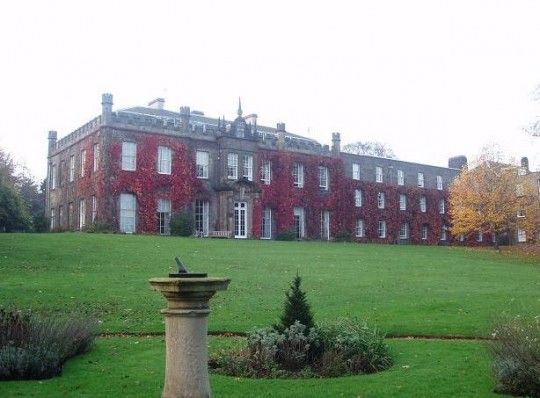 Forever under the shadow of its classy neighbours, Lenton and Wortley strives to live up to the posh standards set by Cripps and HuStu.

The hall attracts the rahs of Southern England such as boys who like to casually throw around a rugby ball and girls who like to watch in awe.

Desperately trying to prove their rah credentials, members of the L+W en-suite elite are cliquey douches whose wet dream is a soulless position at KPMG straight out of uni.

Their dining room is depressing and the conservatory less than appealing. L+W is striving for top tier status, but fails at nearly every hurdle. 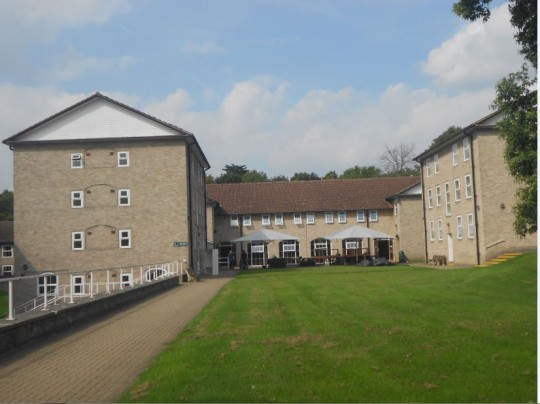 Lincoln is very impressive to look at. But the only impressive thing about the students there is how much Mummy and Daddy are giving them for an allowance.

Most of the students in Lincoln have plenty of money already.

Those who don’t are under the illusion that university is going to make them rich too, so spend most of their time working hard for the first year pass of 40%, meaning you get the truly toxic mix of rich and boring.

A true black mark on the face of campus. 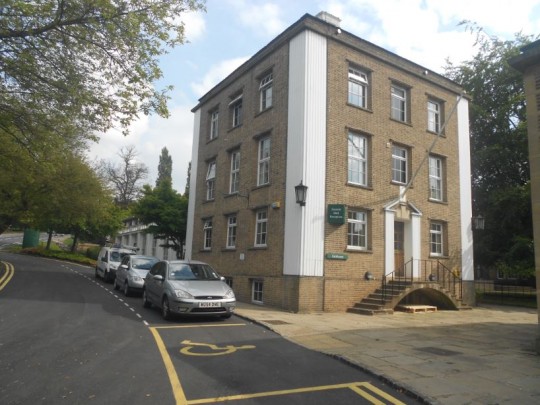 There’s a lift. They have double beds and the fact that Daddy is probably rolling in the moolah gives its students a certain superiority complex.

Which makes everyone else hate them, because lets face it, everyone at Notts likes to feel superior.

Their very slight edge in location over the likes of Ancy and Cavendish makes them even more intolerable for no good reason.

At the end of the day, no-one’s gonna be friends with a self-righteous douche and they’re still not close enough to the centre of campus to be relevant. 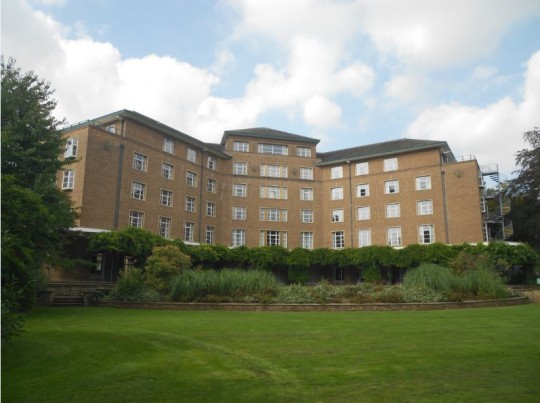 Everyone hates them and they are the butt of nearly every fresher’s week chant.

Years ago, their JCR allegedly embezzled money from charity and no-one has let them forget it since. In addition, the buildings have the architectural mystique of a job centre in Bradford and they’re probably just as classy.

The Oxford dictionary entry for ‘rut’ states that it is either a dull and unproductive pattern or sexual activity between deer in mating season. Which is appropriate, because the library looks like a chode. 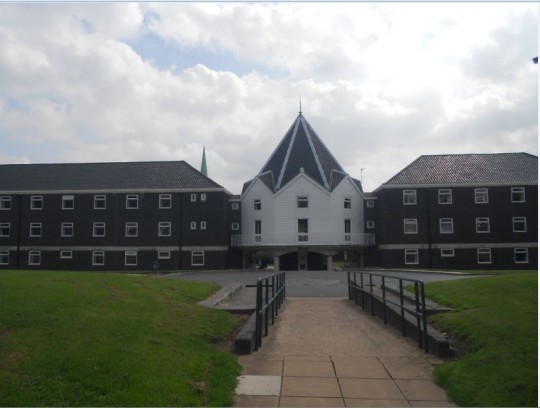 Sherwood and Rutland are separated by a small pathway so it is easy to confuse them. Other than a slightly different grey brick they practically look the same.

It is therefore defined by its rivalry with Rutland and, as a consequence, there are frequent fire alarm battles at unreasonable hours.

Looking similar to Rutland is definitely a valid reason to hate these boring twats. And just like Rutland, Sherwood really has nothing going for it.

Sure, their tower may be a little more proud and pointy, but at the end of the day, the whole place looks like a cross between a prison and a council estate. 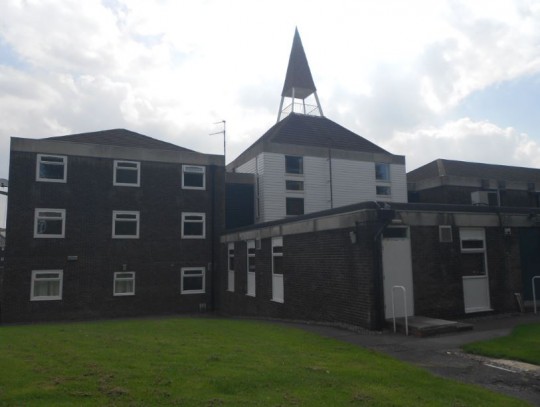 Willoughby is another stellar architectural fuck-up from the good folks at UoN. The bright green roof just screams shit and one year someone found a turd in the lift.

Also it’s lumped in the Ancy and Cavendish ends of campus – a place no self respecting human would choose to live. Also, there are no good stories from Willoughby (other than the poo in the lift), because everyone there is boring as shit. 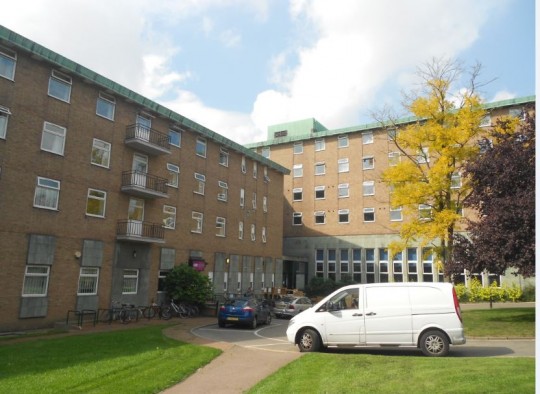 Yeah, you might be the biggest halls in Europe. Yeah, you might have a Londis right downstairs. And technically speaking, you’re the closest self-catered halls to campus.

But let’s be honest here, you live in Beeston.

Somewhere that’s about as exciting as watching grass grow, and just as sexually appealing. It costs about nine quid to get to town and takeaway options are seriously lacking.

You’re so out of the Nottingham student bubble, you may as well have gone to Sutton Bonington. Enjoy being surrounded by fourth year medics and people too sensible to live in Lenton, you boring fuckers. 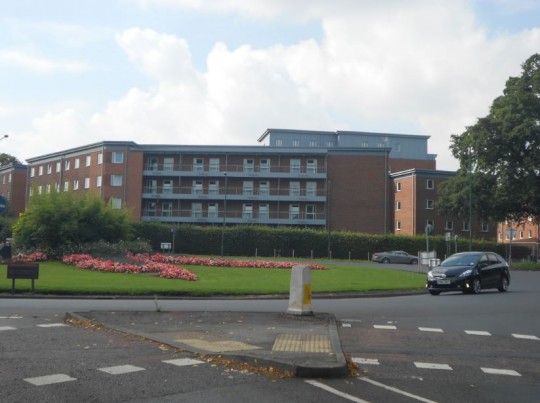 Like Raleigh, this hall caters primarily to Jubilee based students. Unlike Raleigh however, SPC is situated slap bang in what can only be described as the ghetto.

Radford, a place where the KFC has bullet proof glass, is the home to this miserable hall. Fearing for student safety in such a grim part of the world, SPC owners lay on a bus to transport the privileged little darlings to and from the hood.

Add this to the fact they have the most uncomfortable blue sofas in the world and you can’t even open the windows and you have a recipe for super shitdom. 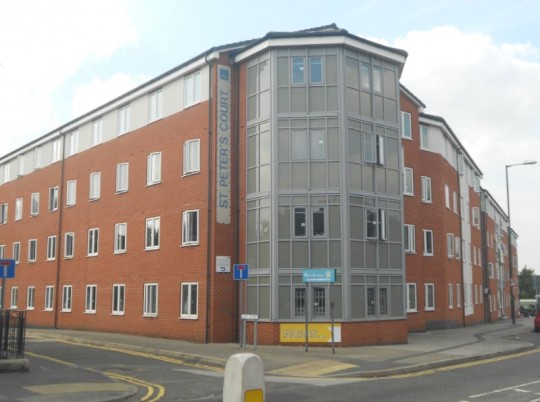 We couldn’t even be bothered to find a picture for this one. Because lets face it, who the fuck cares?

Passed by hundreds of students every day on their way to and from Uni park, though few realise it.

Tucked away next to a tatty looking locals pub where middle aged men drink double Pernots at three in the afternoon, and backing onto a beautifully scenic railway track, Riverside point is the choice of those who really don’t have a clue.

It’s only frequented by those who literally have no other choice. Despite having a better location than most self-catered halls, very rarely does anything interesting happen here – it’s just very mediocre. 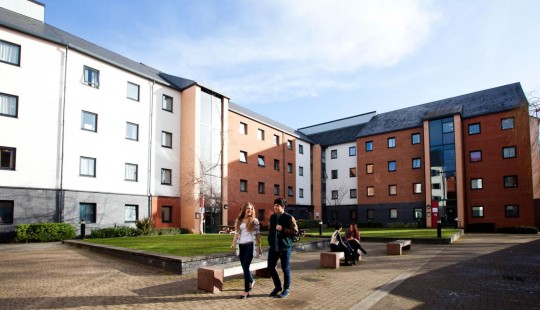 Every halls has a target demographic. And Manor gives a hefty discount to AsianSoc guarantees.

Surrounded on all sides by Raleigh Park, the Leicester crew have no facilities, no freedom of movement and sit inside breeze block walls which just scream affordable student luxury.

Basically, it’s just not that exciting. 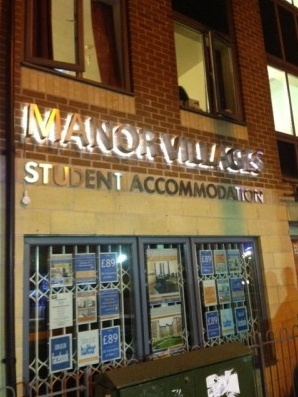 You’ve fucked up pretty massively to end up here. Situated closer to Loughborough than to Notts, the weirdos on Sutty B live in their own little world.

One that has nothing but grass and sheep.

If you live here, you probably play polo but are the really dull sort of rich person who owns a farm and thinks fox-hunting is an acceptable hobby for a Saturday afternoon.

Students here study the most boring courses known to man, which is why they live so far away, so the boredom doesn’t spread. Thank God.

Sutton Bonington students have to worry about stupid stuff like whether they have to shove their hand up a cow but the worst thing about them is that they’re not really even Nottingham students. 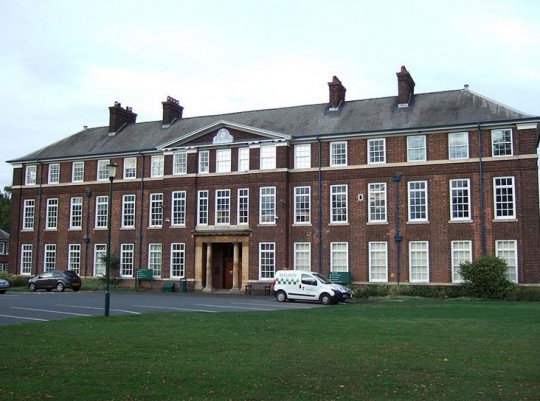 So go on. Vote. Defend yourself.

You know what, I wouldn’t even be mad about a Zoom graduation and here’s why