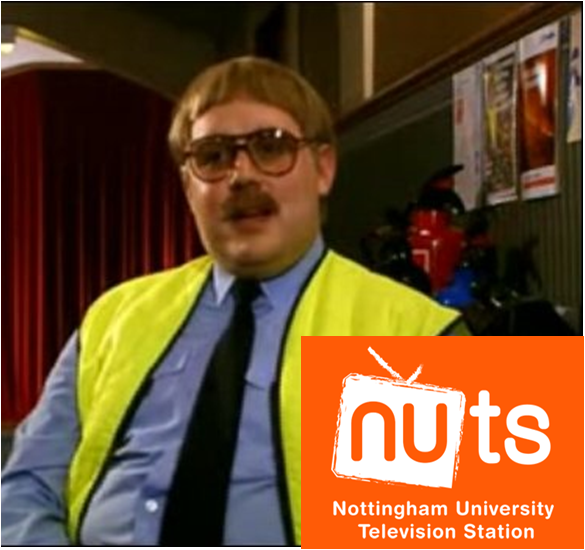 Ben Kennedy flips his lid at the news that the SU has closed down NUTS.

Turns out our very own telly station NUTS might be sentenced to death because they failed to adequately fill out a form declaring that they knew how to operate a wet floor sign and that they know the difference between a camera and a bag of knives.

Because of this bureaucratic pissmongery, NUTS might not be able to film Thursday’s Varsity football match – which some have said has caused Sir Alex Ferguson to announce his retirement yesterday, along with a lot of colourful obscenities and heavy drinking.

The man responsible for closing NUTS

Of course, paperwork has to be done to keep the office dragons at bay. But to shut the whole thing down because they didn’t know what fire extinguisher to use on a chip pan fire would be utterly ridiculous.

We all make mistakes. And to be fair, it was NUTS station manager Rosie Cave’s birthday the day before the form was due according to Facebook – she was probably out getting shitfaced. Give the girl a break!

And whoever allegedly wrote ‘we were trained to film by God’ on the form was obviously only having a laugh. You’d think whoever’s job it is to traipse through this bullshit might want something to lighten up their day? Imagine if they drew a few dicks in the margins. They might have coned the place off. 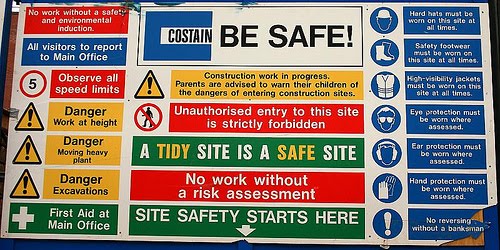 As this news broke out, I immediately phoned all my housemates to ask what they thought of the news because that’s the sort of guy I am. Their responses included:

Nothing wrong with a little joke, is there?

This is a busy time of year for all of us. Procrastination is the thing that keeps us sane in these tough times, and for some NUTS is part of that. Without them, we’ll lose access to quality shows like Get Your Cook Out, Nutty News and That show that looks a bit like Hollyoaks only it isn’t Hollyoaks because the acting is better.

Clearly, the health and safety epidemic of our ‘Nanny Nation’ is causing far more problems than it’s solving. In light of looming exams and deadlines, the last thing the guys at NUTS need right now is a load of hassle about pedantic crap that nobody in the world could care less about. Give them a slap on the wrist, a cone and a high vis jacket, and then get out of our way.

Have your say! Is this health and safety gone mad? Would you care if NUTS was killed off? What do you think of traffic cones? Leave a comment below and get the debate flowing!

Are you an aspiring journalist or an opinionated gossiper? Get in touch and get writing for The Tab! [email protected]