After Trent students call UoN students ‘posh twats’, should we accept the label we’ve been given?

We’ve all seen them. The hooray Henrys and gap yah girls that strut about campus knocking northerners over with the ego mama and papa inflated for them. But is this how the outside world sees all UoN students?

When asking Trent students how they would sum up UoN students in a word, the overwhelming majority described them as being posh. Responses included: ‘snobs’, ‘rich arseholes’, ‘banter boys’ and ‘posh twats’. But how accurate really are these comments? 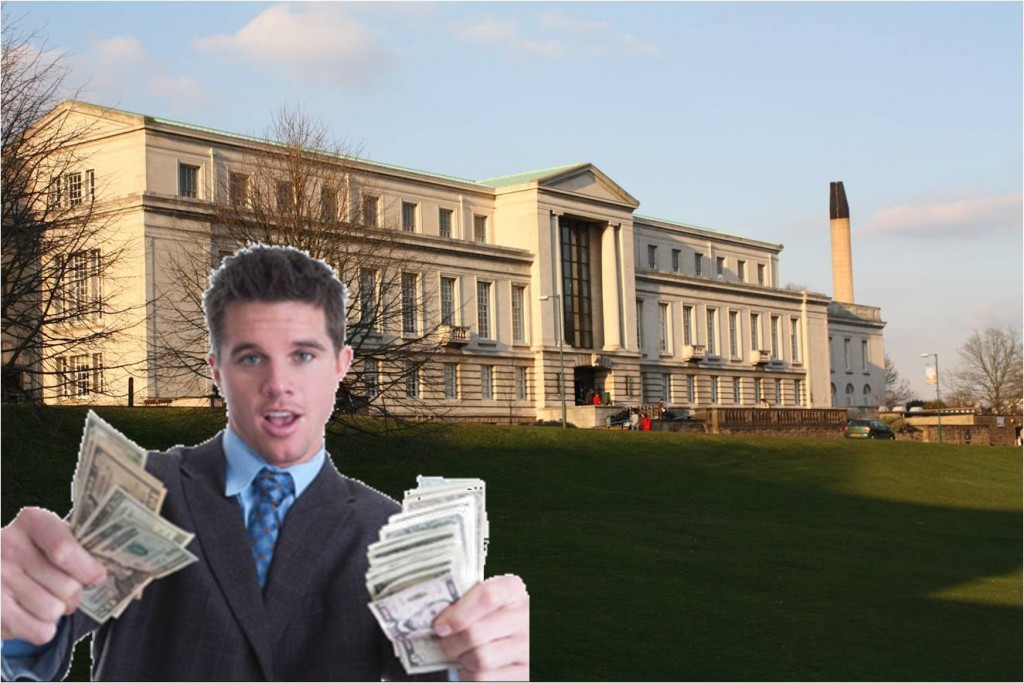 It could be as gross of a generalisation as assuming that all Irish people drink Guinness and enjoy the odd fight, but I’d say that loads of students here seem to have an aura of pretentious arseholiness.

Aside from the gaggle of cardigan-wearing Geoffreys that you can see tossing rugby balls at each other outside Cripps, the evidence of their presence can be seen all over campus. Why else would the university think they could get away with charging students £199 for gym membership? Why else would all the halls make their students suit up for formal dinners? It seems that if you’re not already born with a silver spoon in your mouth, one will be shoved in by the time you graduate.

Regardless of what we think of ourselves, it’s obvious from the comments made by Trent students that we have been branded with the posh label. Whilst this all may seem trivial, thugs that feel hostile towards higher classes could use this image as an excuse to attack students – a likely motivation for a stabbing that occurred in the 2011 7 Legged Bar Crawl.

I’m certainly not making the accusation that being well-off is a bad thing, but we need to at least face the fact that UoN has this image and its students may be subjected to traumatising events because of the prejudice of certain brainless criminals.

So the question we really need to ask is – should we be proud to be posh? Or should we make an effort to renovate our image to make UoN a more approachable university for people of poorer backgrounds?

Now, whilst I am not saying that the presence of rah-rah girls doesn’t exist, we have to bear in mind that there are over 30,000 students at UoN. This means we are in the Top 10 institutions by size. So, is it right to assume that most of us are posh? Is it not a bit of a generalisation to give us all this label?

More importantly, what even is posh? Nowadays it seems that ‘poshness’ is often just judged on a person’s accent and clothing – what does that have to do with money? And just because a student attended private school doesn’t make them posh either.

Besides, a student can have money without being posh. Surely being posh is a personality trait rather than a class trait? And even if somebody acts posh, it’s a bit unfair to assume that they went to private school and have lots of money.

I live with a girl who was privately educated and she is no ‘posher’ than the rest of us. She certainly does not strut round campus smothered in Jack Wills labels flashing her cash left, right and centre. This just shows that there are exceptions to the rule.

As for violence against students, could this not just be a student that was in the wrong place at the wrong time in a city which is renowned for its high crime levels? This violence could just be down to the brainless idiots who envy the carefree lifestyle associated with all students in today’s society, regardless of how rich you are or what uni you go to.

We’re not a different species. Every uni has its posh corners and we definitely know how to party as hard as the rest of them. Anybody that thinks that UoN is posh needs only look at the drunken antics which take place in Ocean every Friday night to see that we’re really just as scummy as any other uni.

So what do you think? Do you think we should embrace our posh label? Or is it completely  undeserved and we’re being branded due to the minority?

The 10 best ways to procrastinate from that impending assignment

*WARNING* Do NOT read if you want to pass your degree

An exclusive interview with the UoN student behind ‘The Nottsfessional’

Who am I? That’s a secret I’ll never tell. xoxo, The Nottsfessional