My experience of university went downhill at break-neck speed… literally

As my degree and time at UEA approaches its end, I thought I would use this opportunity to reflect on how my time here began and how far I have come since. This seems pretty normal as someone prepping for graduation and final exams, however what makes this reflection different is what happened to men on the second night of freshers – let’s look back to the fateful night of Glow Party 2017, where I would become “The Girl who broke her neck in the LCR”.

I was a classic, overly-keen fresher, armed with a tacky Boohoo playsuit and entering the LCR for 10:30pm. We took as many glow-sticks as we could, and attached them to every limb, even weaving some into my plaits. Feeling suitably decorated, we entered the main dance floor to join groups of freshers acting stereotypically over-confident.

One group of lads, adorned with neon-phalluses on their faces, lifted their mate above their heads to get him crowd-surfing. After a measly first attempt, they tried again and it was on this attempt that would lead to me, two years down the line, writing this article. Just like a VK crushed under foot, they dropped him directly on to my head, sending me crumpling to the floor. 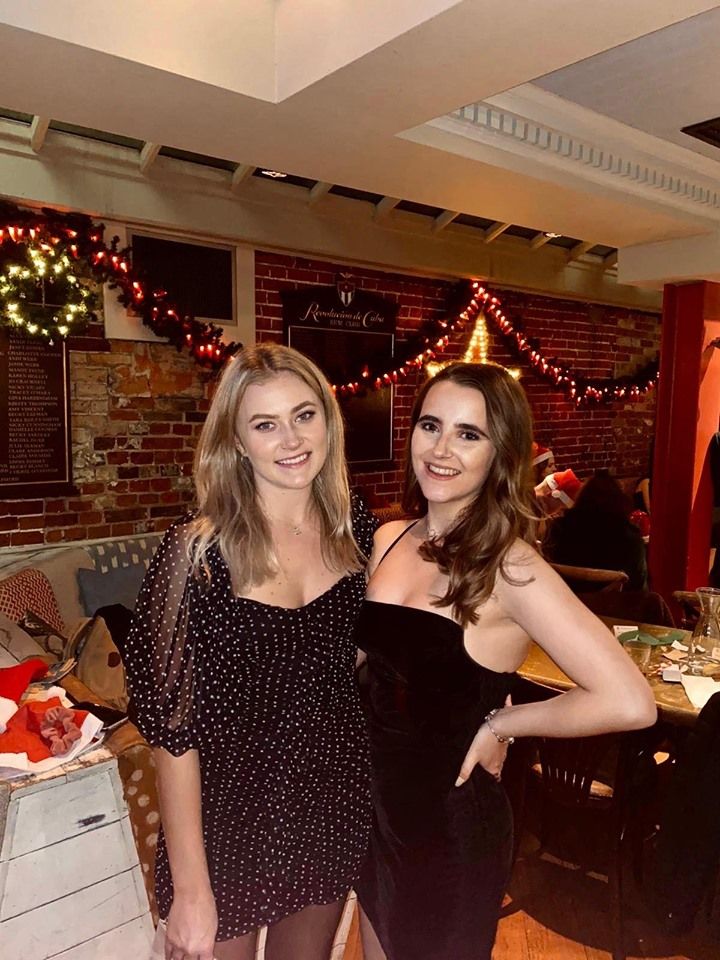 Immediately the adrenaline kicked in and I was helped back up to my feet by my flatmates. I don’t remember being crushed, likely because I briefly lost consciousness. The group of lads, completely oblivious to what they had done, continued on and tried again. I felt a bit shaken, but pushed past it, not wanting to appear as weak as my petite, 5"3 frame made me seem. Suddenly though, I began feeling sick, ache-y and dizzy. I pushed out of the crowds and fell onto the benches, cradling my head and neck between my knees and hands. I quickly realised something wasn’t right and once my flatmates caught up to me, I asked them to take me to St John’s.

Following an assessment, they told me I was not to move my neck and the paramedic became my human neck brace to prevent further injury. I was fed paracetamol and ibuprofen (A difficult task when you can’t move your head to swallow) and an ambulance was called. That night, a record-breaking number of ambulances were called to the LCR, and so the wait for its arrival was well over an hour. Luckily, paralytic students and a girl who had cut her lip open kept me entertained while I waited. 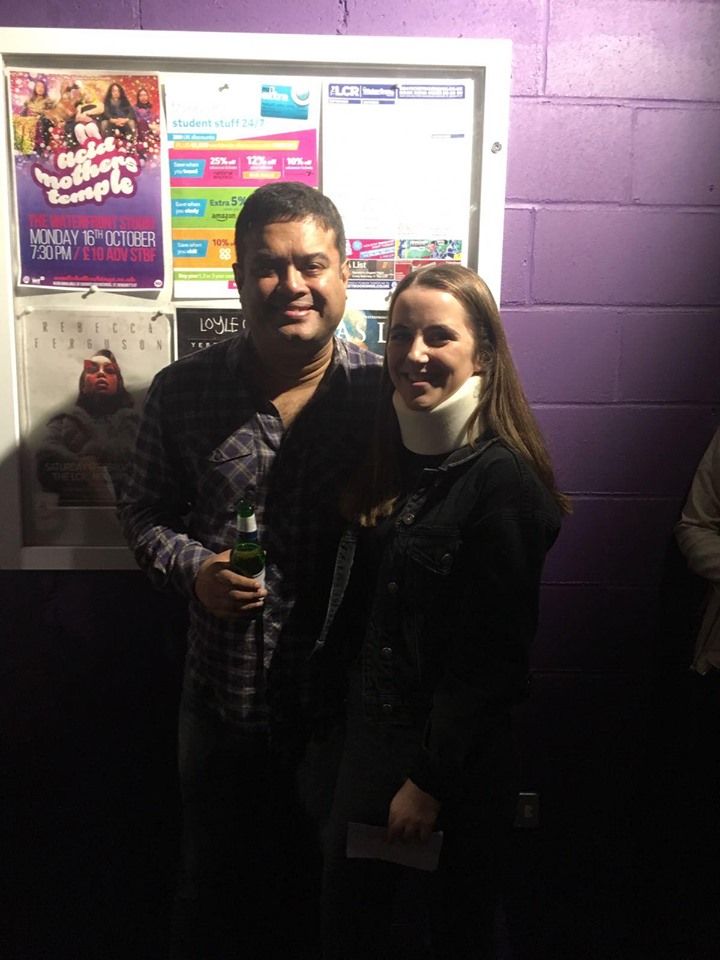 When it eventually arrived, I was gently shepherded on to a stretcher. As I was fully braced in and unable to move from my upwards-gaze, I could see all the faces staring down and witnessing me as I was wheeled out the LCR, with my housemate following behind. I began crying, feeling utterly humiliated I hadn’t even made it past the second night of freshers. Upon arrival to NNUH, I had a further two hour wait in the ambulance bay. Eventually, I was escorted into the Major Incidents Unit, feeling like I was in the intro to a TV hospital drama.

I had my initial assessments and was placed onto a drip. By this point, the pain in my neck and across the back of my head had become unbearable. My frustration grew with my pain however, as I miserably failed to move inside my claustrophobic body brace, in an endeavour to relieve my discomfort. There were four nurses and a doctor all dashing around me, trying to assess and comfort me, whilst my poor flatmate could do nothing but watch.

I was taken back-and-forth in to X-rays, CT scans and blood tests, and unbeknownst to me at this point, I was prepped for emergency surgery to prevent paralysation. My text to my parents explaining that the hospital trip was only precautionary had become obsolete, as the hospital phoned them to come to NNUH as quickly as they could.

For the next few hours whilst I waited for test results and my parents’ arrival, I was beside myself. My flatmate had left to get some sleep before lectures, and my only company was the expected crazy old guy in the bay next to me. I called the nurses for more pain relief and something to knock me out because I was so uncomfortable, but for precautionary reasons I wasn’t allowed. I couldn’t even distract myself with my surroundings, as all I could see was the dingy white Styrofoam ceiling panels above me (worst game of I-Spy ever). 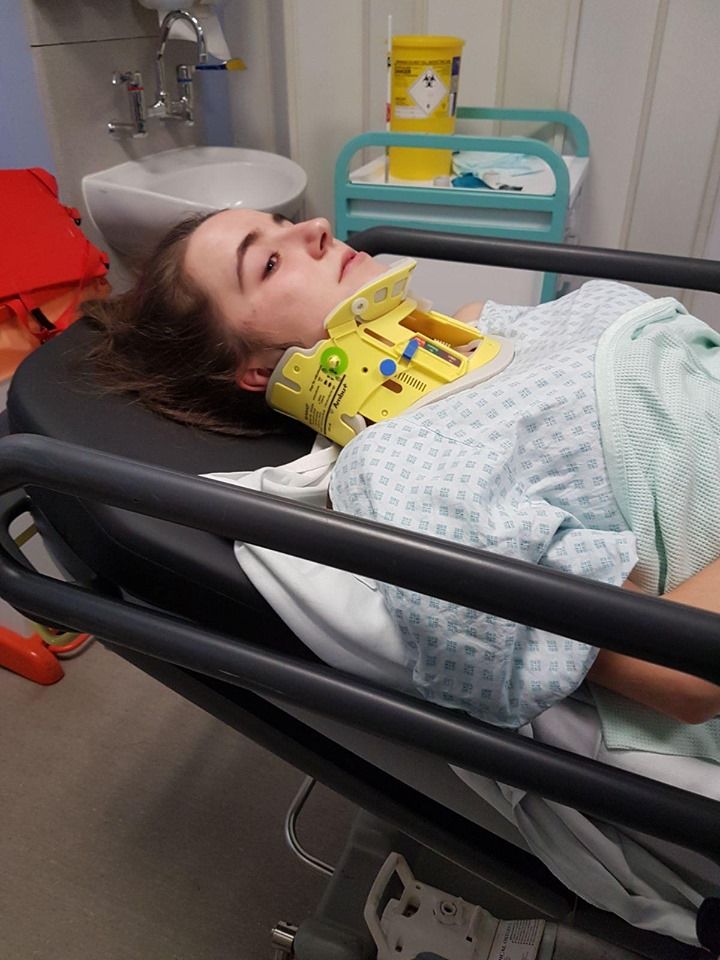 Nurses tried their best to keep me company, but it was such a busy night that the next few hours were spent alone inside my own pain-filled head. The relief of my parents turning up just before 11am was immense. To this day, my mum still remains proud of her ability to do a four-hour journey in just over two-hours without a speeding ticket.

With my parents’ arrival, I was told that another X-ray was needed as they had found a crack in a vertebrae in my neck, but couldn’t see clearly the extent of the damage and if the surgery remained necessary or not. You can probably imagine the relief of my family and I when we were told the good news (if that’s the correct way to describe it), that it was only the one vertebrae fractured and muscle and nerve damage, so I would no longer need the surgery.

Finally, they could remove the body-brace and help me sit upright – an everyday task that felt hugely momentous. I was seen by a physiotherapist for a few hours and at 7pm, I was discharged. My parents drove me back to my accommodation (where we received a parking fine for dropping me off) to pick up some stuff so I could stay with my family at a nearby hotel. My brother and his girlfriend also drove 12 hours to join us. I am eternally grateful for all of their support.

From here I’d like to be able to describe how everything resumed as normal and I quickly got back to the LCR dance floor, and achieved that freshers experience everyone anticipates. Unfortunately though, that wasn’t the case. I remained in a neck brace (and pain) for a few months after, meaning I wasn’t allowed in to my weekly labs and lectures, LCR nights or any sports societies. Having been a dancer for 14 years of my life and looking to get back into it, this was rather upsetting.

My confidence and opportunity to create relationships dwindled, especially with the judgement of being the ‘girl in the neck brace’ around campus. At Welcome Ball, I was limited to the stalls outside only with two of my flatmates who had sacrificed their night out for me. Luckily, some took pity on the Broken-Neck Girl, and one lovely guy even attempted to win me a teddy. Nonetheless, being aware that the majority of people I did know were inside the LCR getting the full university experience, whilst I had to stay outside, was pretty gutting.

It took me a few months of minimal activity, painkillers and physio to feel brave enough to go on another night out but I still faced issues with the big crowds of people, especially when things started getting too rough. Sometimes I would have panic attacks if I got knocked over in crowds or saw crowd-surfers, especially when they weren’t stopped by security (despite it being banned for many years before my incident). 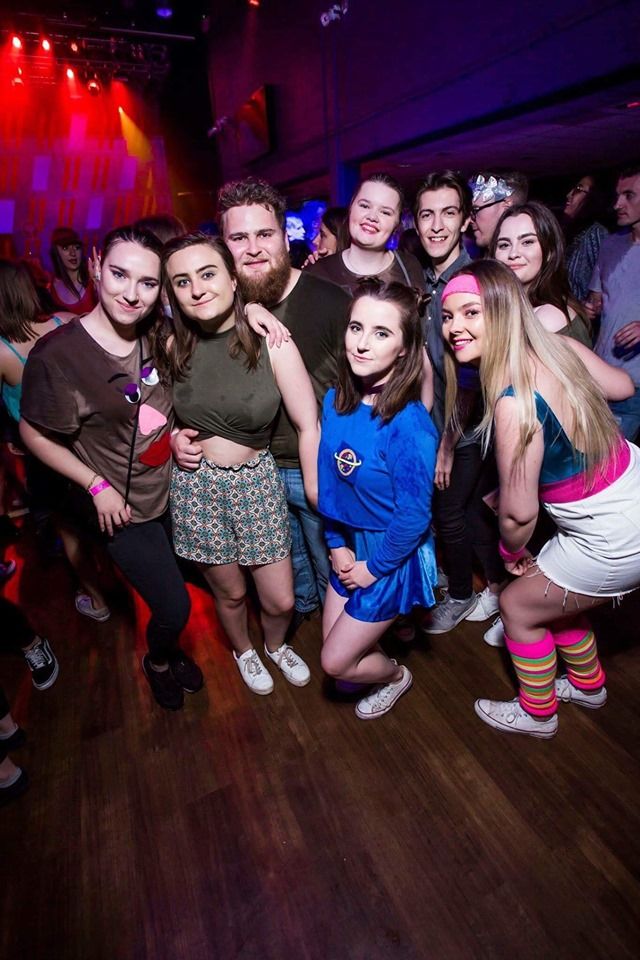 I was given one year's free access to LCR nights in first year. Every night out I would have to go up to the desk, show my email thread with the Duty Manager and explain I was “Broken-Neck Girl” to be allowed my free access. Today, I’m still making adjustments during my final year Research Project to alleviate my neck pain, and didn’t quite finish university with the relationships I had envisioned.

On a positive note, each academic year I have grown physically and mentally stronger by weening myself back in to nights out, and my friends supporting me (shoutout to my one flatmate who told people off for crowd-surfing, and always cleared my path by announcing my presence as the "Duchess of South Wales"). I’m still receiving physio and painkillers when needed, and adjusting my lifestyle to suit my neck injury, but generally things are beginning to be as I had expected before coming to university, albeit a little too late.

Despite how horrendous the experience was, I can look back and smile at being recognised as “That girl who broke her neck in the LCR” now. It makes for a decent conversation starter and bribe to win a Damn Good T-shirt after all.

• WATCH: Pints fly as mass brawl breaks out at LCR

• 107 things every fresher should under no circumstance do, EVER