Everything you need to know about the UEA fries van

As told by our beloved Concrete Confessions page

From the moment it arrived, in all its sky blue and silver glory, the fries van has been the only way to end a night out at the LCR. Golden and cheesy, just like Damn Good, safe and tasty, just like Sports Night, stupidly popular but so worth it, just like A List, the van is a symbol of what it means to be a student at UEA. So, where the hell is it?

This time last year, the fries van was in its hay-day. Beloved by all, and even used to hit on people, Concrete Confessions Between UEA Seshions has proved reliable in documenting this golden era.

However, come September this year things began to go awry. It seemed those working on the fries van were being mistreated, along with other changes. The cheese was no longer being melted onto the chips, as their popularity meant this would take too long and students would grow rowdy. The originally impressive condiment selection, which had included the heavenly garlic mayo, was cut down due to messy handling of sauces. One night the grill even allegedly 'broke', resulting in rage and rumours that this was a lie. 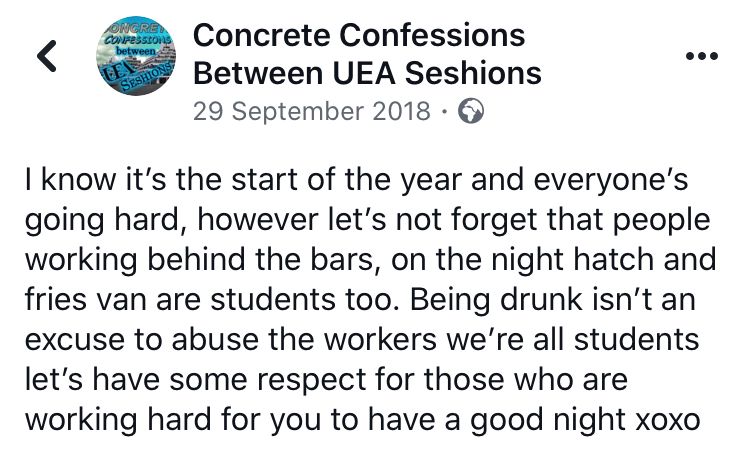 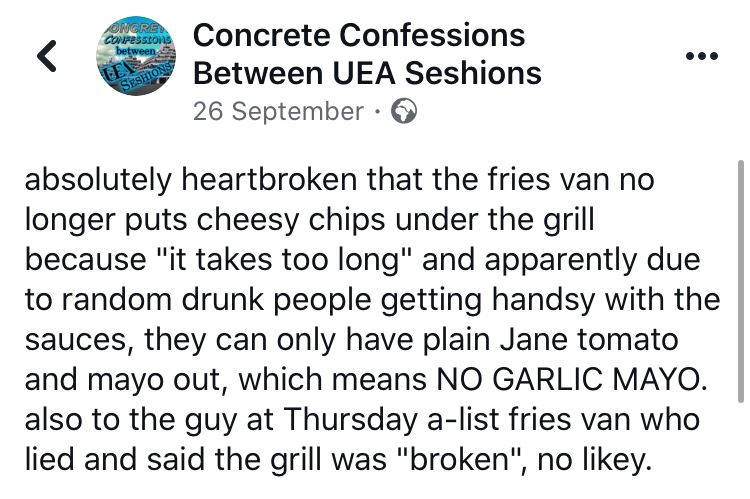 Finally, when October arrived, the unspeakable reality that no UEA student had dared let cross their mind occurred. It was the end of the night, and the alcohol-induced hunger had began to gnaw. Flatmates and housemates and significant others had all began to give one another the 'fries van and bed?' look, and the shutters had been closed down around the bar.

These tired, drunken pilgrims left the LCR, their eyes illuminated by the sight of the van, only to make the horrific discovery that the van was no more. No announcement, no sign, no explanation. Nothing. Just a closed hatch, and many a heavy heart. 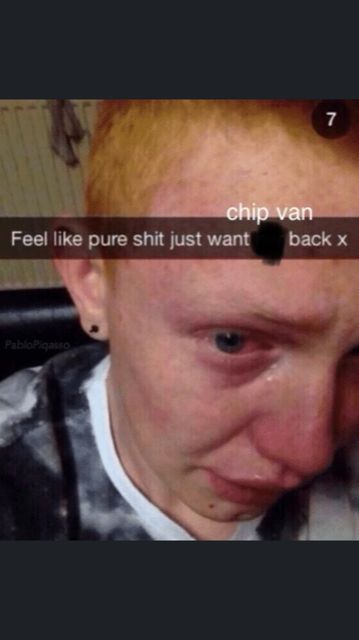 Fortunately, there is a small light at the end of the tunnel. As my friends and I headed back from the bar last night, I noticed for the first time a small purple square adorning the blue exterior of the van. Upon closer inspection, I discovered the SU had finally brought us slightly out of the dark, revealing the van to be closed due to electrical difficulties.

The SU has urged us to use the nighttime hatch found outside the shop in the meantime, but as nothing fills the void quite like cheesy chips, I personally anxiously await the fixing of the fault and the return of the van. #WEWANTTHEVAN 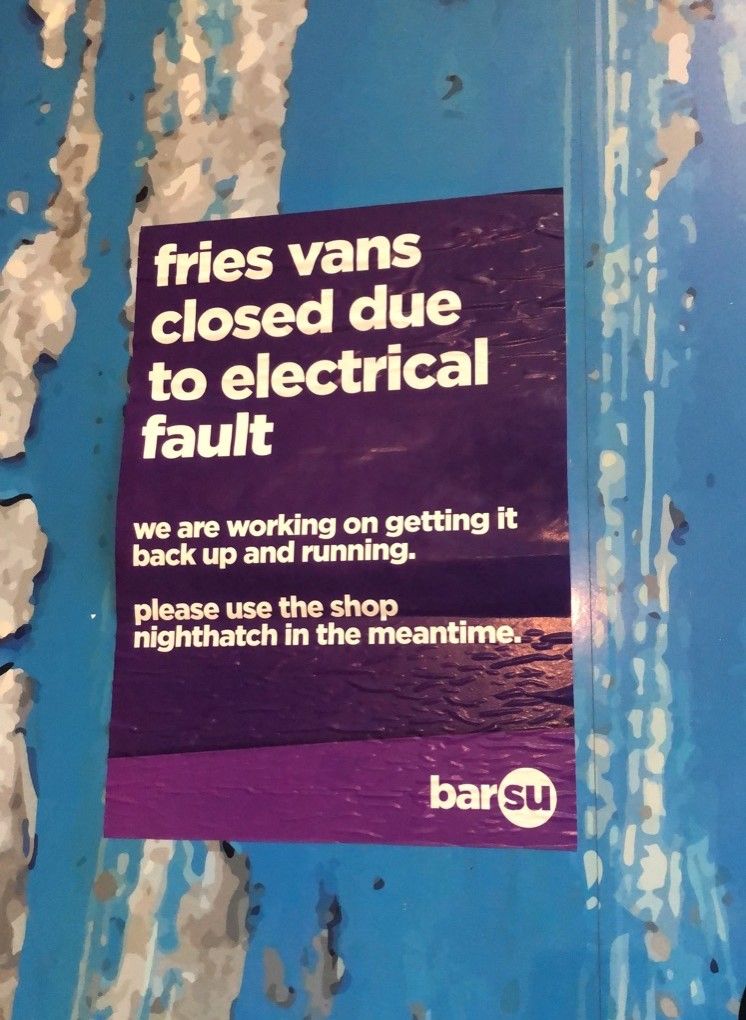