Every type of guy you’ll meet at UEA

We told you every type of girl you'll definitely meet at UEA, so now we've had a go at the boys. If you don't think you are one, then you're definitely the alternative softboy. 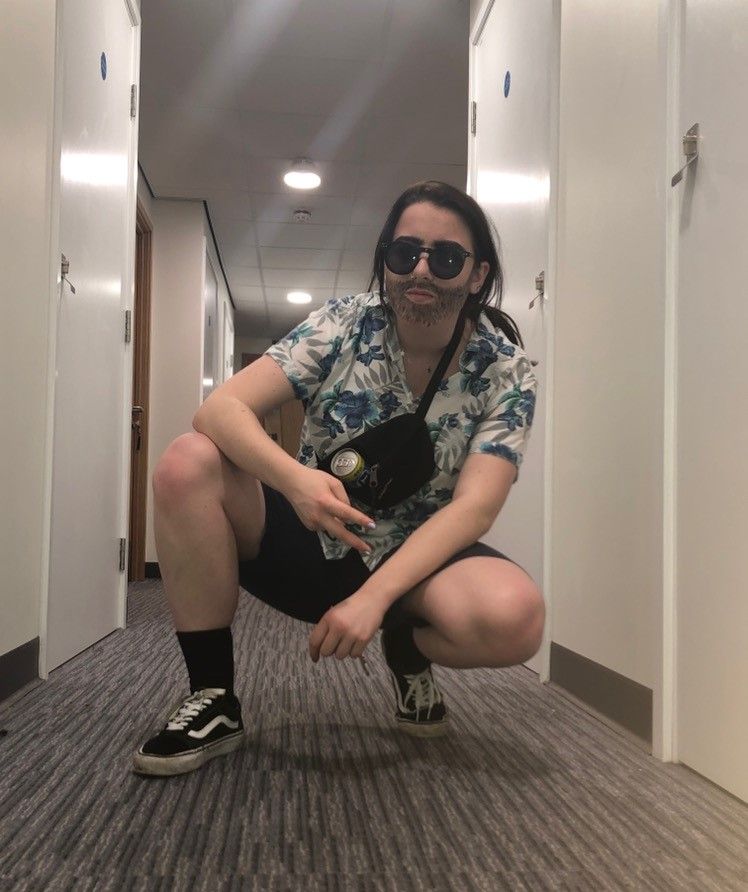 'Skkkkrrrrttttt!' That's right, there is only one degenerate that would actually think making this sound is witty or amusing, and that is good old ketty Eddie. Still not sure? Check out his attire. Is he wearing an unflattering bucket hat, a patterned quarter-zip fleece that looks vaguely like a rug, and a pair of Dickies trousers? If yes, you can be certain he is a ketty Eddie.

He is probably incapable of talking about anything other than Boomtown and how much ket he keyed at Karma last week. If you do end up befriending a boy such as this, you may expect him to open up a little, but it is with regret that I inform you the best you will get from him is a listen to the extended drum n' bass mix he edited on his Macbook whilst in a lecture (I can't pinpoint a specific course unfortunately, as ketty Eddies are found all over). On the plus side, they throw a cracking after party, and once they're done with all the 'skkkrrrttt's, they can be side-spittingly funny. 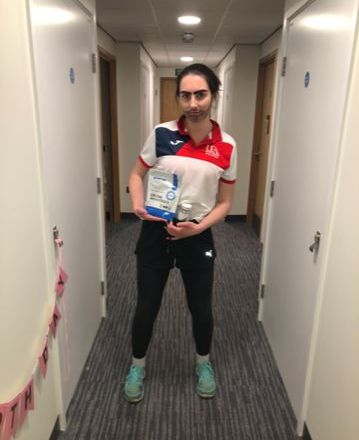 It’s 8am, and for reasons unbeknownst to you, you’ve been rudely awoken by a loud rustling coming from the kitchen. You go to ensure a racoon hasn’t infiltrated your flat, only to find your resident gym lad scooping a chunky portion of peanut butter-flavoured protein powder into his MyProtein shaker. Is he going to the gym? It’s hard to say actually, because although he does spend the majority of his time in or around the gym, he also wears the same attire to his Physical Education lecture so he could also be headed to that.

You decide to ask where he is headed, but the AirPods in his ears mean he mishears you and thinks you’re accusing him of skipping leg day, at which point he has a tantrum and throws the yolks discarded from his egg white omelette on the floor. That said, most gym lads have hearts of gold, and you’ll find on their cheat days and after nights out they’ll whip up a feast you’ll never forget. 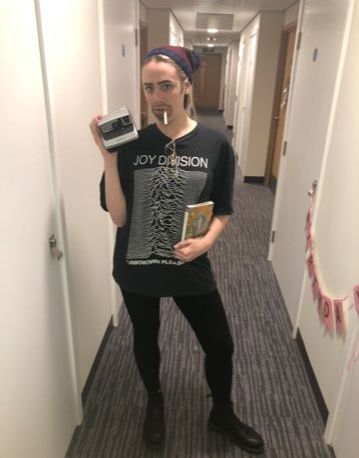 You might think a softboy is just the sort of sensitive soul you could see yourself befriending – maybe even dating – but mark my words, listening to exclusively vinyl and having a shrine built to Alex Turner in his room does not make him any more interesting than any other boy.

You’ll find these softboys moping between Creative Writing or Philosophy seminars in band t-shirts and black Converse or Docs, somehow getting away with being greasy AND skinny? Can normally be found on a night out at the Waterfront, they tend to sit in the smoking area with their attention-seeking head in their attention-seeking hands. You take pity on one such boy and strike up conversation, only to learn he’s less deep than your kitchen sink, and despite your knowledge of poetry being limited to GCSE English Lit, you know the abstract poems he shows you on his phone are truly appalling. Having said that, he lent you his Pulp Fiction DVD which was cool, and his 90s Leonardo DiCaprio hair is undeniably endearing. 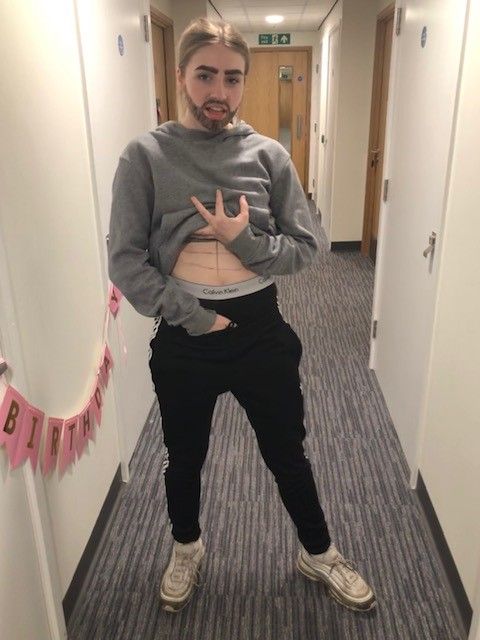 We all knew he was going to feature. The fuck boi is probably the easiest to spot; probably studies business (or worse, business management), and keep an eye out for grey sweatpants/ripped jeans which have been carefully positioned to expose the Calvin Klein waistband of his boxers, as though that’s something to be proud of even though it’s 2019 and there are probably monkeys with pairs of Calvins now. They love going to every single sports night even though they only play socially, but they will definitely have your back and protect you from fellow fuck bois on nights out. 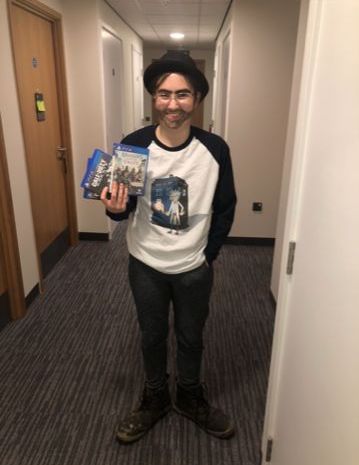 I'm sure you remember that dark period between 2012 and 2013 when girls wore fake oversized glasses, 'geek' t-shirts and elasticated braces, all the while longing for an adorable gamer nerd they could date to complete their geek-chic archetypal style. However, this boy redefines the term 'geek', and takes it back to its roots: pathological gamer with a subnormal interest in anime and mental arithmetic.

If you're trying to smoke one out, pop on University Challenge – you'll find he knows the answer to virtually all of them, and is a bitter Oxbridge reject. Check out his fashion choices too; he probably has an unholy quantity of slogan t-shirts, Rick and Morty merch, and he probably wears a raincoat out even when it isn't raining. It's also probable he owns (and maybe even wears) a Matt Smith-eqsue fedora, as though he actually believes his commitment as a fanboy can keep the dying spirit of Doctor Who alive. On a positive note, he probably has secretly awesome taste in music, and is an unexpected monster you aspire to be when you do drinking games at pres. 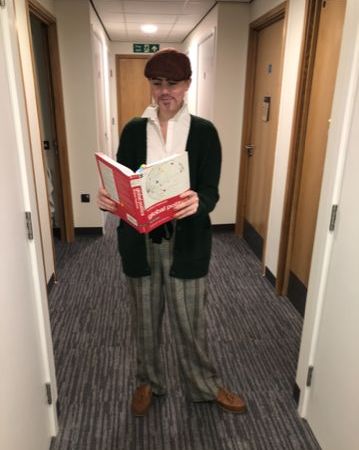 Did you mean: every boy in your Politics seminar? Yes, and they're here to insist they're oppressed! They probably attend everything in a three-piece tweed suit (WHY?) and brown Oxford brogues, with enough hair gel to burn all the optional essays they did in Week 1 about the situation between Israel and Palestine – they solved it, of course.

You can catch them in the LCR begging the DJ to put on Jerusalem, and when he thankfully refuses, trying to graft horse girls in the hope of someday adopting a four-barrelled surname. If you do ever converse with one, you may notice he rewords your sentences and relays them back to you, expecting you to be amazed and enlightened even though he is literally making your own point to you. Nonetheless, I suppose he didn't ask to be raised in a pit of white and male privilege, and he'll be your go-to guy for fact-checking and source citing, as he's used to doing it when he gets into political clashes on Facebook.