It has been confirmed that a body has been recovered from the lake by the police diving team.

The body was found in the lake on the UEA campus during the search for third year student Nick Sadler, who has been missing for 11 days.

A spokesperson for Norfolk Police said: "After searches at the University of East Anglia campus, where a man’s body was recovered from the lake.

“The death is currently being treated as unexplained; however detectives do not believe there are any suspicious circumstances. A post mortem examination will take place in due course.”

A UEA spokesperson provided a statement saying "We can confirm that the body of a man has been recovered by police divers from the UEA broad earlier today (Tuesday 19 February). Formal identification is yet to take place but the police believe the body to be that of missing UEA third-year Film and Television student, Nick Sadler.

“We are very saddened to hear this news and our thoughts continue to be with Nick’s friends and family at this difficult time.

“Our Student Support Services (SSS) are putting on further group and one-to-one support sessions for students and staff who may be affected. We urge anyone who feels that they may need support to contact SSS on 01603 592761 and [email protected]” 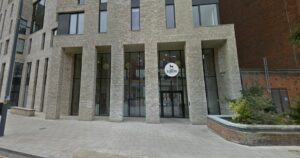