They were later ordered to delete it as a ‘top priority’

Politics third years were sent ISIS propaganda files directly from their professor before being told to delete them.

The module, titled The Clash of Fundamentalism, is studied by Politics, Philosophy and Language students in the autumn semester.

Unsuspecting students were asked to download an ISIS propaganda magazine which attempts to recruit jihadists from the west, with universities being a specific target. 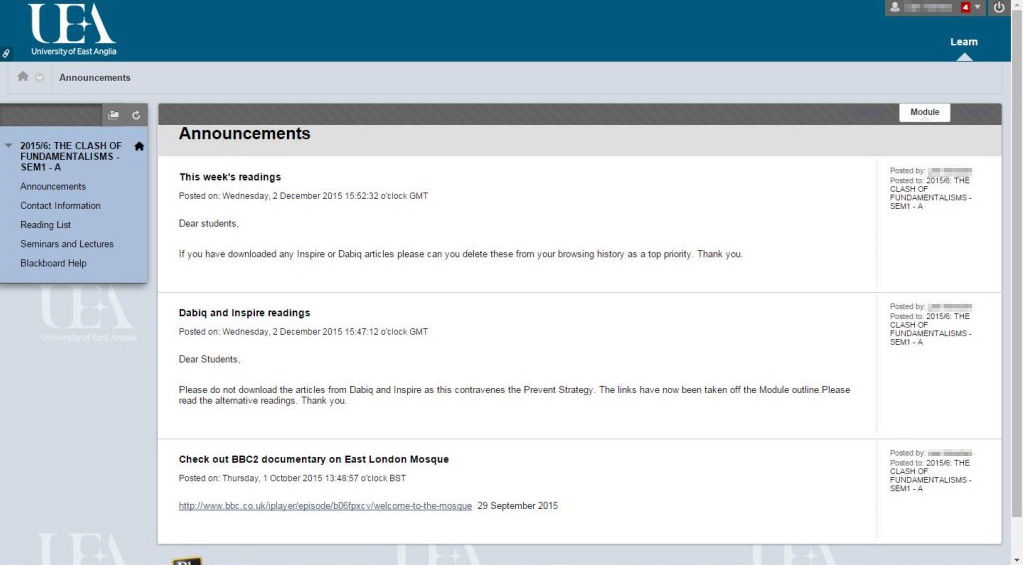 A student on the course who wishes to remain anonymous said: “It was part of a module outline they sent out a few weeks but it hasn’t been brought up until recently.

“The Dabiq and Inspire literature are Isis self-published so there’s lots of fear about having it on computers, so on Blackboard the professor marked that deleting it from browser history was a top priority.”

The student continued: “With the current world climate and the fact the government has just increased MI6 and MI5 funding and staff numbers, something like this if it wasn’t corrected, would’ve caused a massive problem.

“The other students just think it’s funny, but dumb and irresponsible for the university to endanger their students.”

Commenting on the issues, SU Welfare Community & Diversity Officer Jo Swo defended the course error, saying: “On the face of it the message to these students seems to be a bizarre interpretation of the Government’s daft new law.

“Students should be learning about, analysing, debating and critiquing propaganda from ISIS, not having it shielded from them.

“We’ll be calling on the Uni to act to clarify issues like this for students and staff to avoid ‘Prevent’ having a nasty chilling effect on our education.”