We asked some freshers who’ve thrown caution to the wind

Countless horror stories and words of wisdom from older students have taught us that sleeping with someone down the hall is incredibly risky.

However first year students Ben, studying Biochemistry, and Emma, studying American Studies and Film, are attempting to defy the odds by entering into a casual, purely physical relationship.

They act like good friends, share the occasional cheeky LCR snog and always have someone to go home with if needed. If the other brought someone home, there would be no hard feelings – or so they say. The pair started sleeping together about four weeks into term, so we decided to finally find out what it’s really like to casually shag your housemate.

Hi guys. So tell us – how does the situation work?

Emma: We’re friends, who sleep together. However, we can get with anyone we want to. In general, either of us can do what we want, when we want, and the other one won’t mind.

How did this arise?

How did your flatmates react when they found out?

Emma: They just thought it was funny. I don’t think anyone was that surprised to be honest.

Ben, you have a roommate. How does that work?

Ben: Well the first time it happened my housemate heard the whole ordeal. The next morning, we were lying in bed and we looked at a Yik Yak he had clearly written and we were like “oh fuck”. Finally, when we walked out and saw him, he looked horrified – it was a harrowing experience. 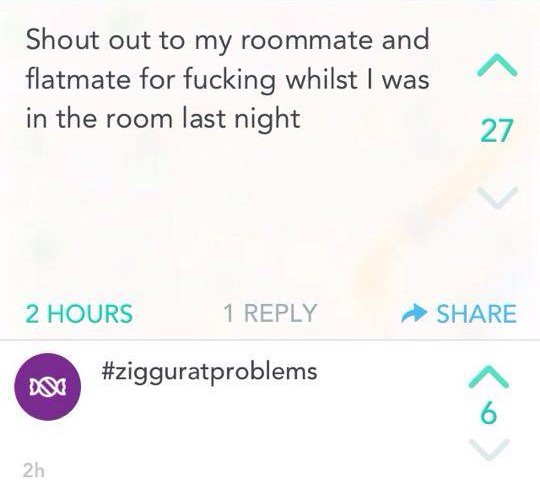 Have you guys ever been caught?

Emma: Yes, one flatmate caught me sucking him off, and two have heard from the kitchen, and people have almost walked in loads of times (myself included). We need to start locking the door.
Ben: Our housemate Lawrence Snapchats us mid-sex, last night he sent me one saying, “sik one, make more noise pls”.

Why aren’t you in a relationship with each other?

Both: Because we don’t have any romantic feelings for each other. We’re just friends, and that’s how it is.

Do you think you will ever get into a relationship?

Emma: No, because Ben is too young. Don’t get me wrong, I love him to bits but I think because we’re such good friends, I would rather it stay like that.
Ben: No, it just isn’t like that. There’s no specific reason, it just won’t ever turn into anything more. And she’s Northern.

Are you ever worried that it will end badly?

Both: No, because we get on so well.
Emma: Unless I had a child.
Ben: And you are quite clingy.
Emma: No, I’m not clingy at all. You cling to me. 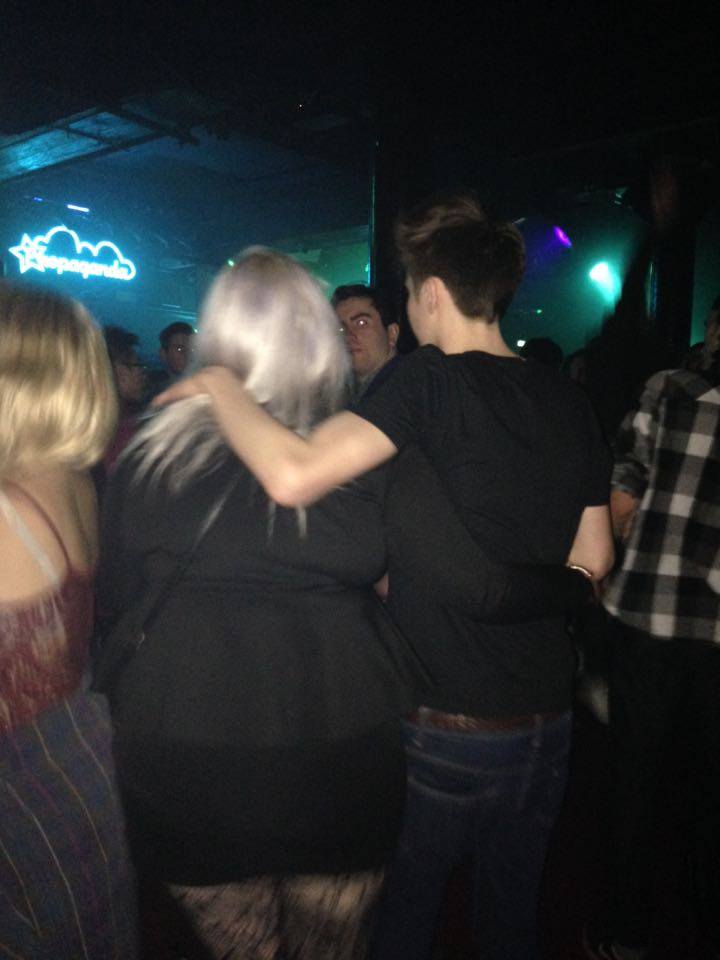 A lot of people say it’s extremely risky to start any kind of relationship with someone you live with. What would you say to that?

Ben: To be fair it could be horrendous, but I’m praying Emma doesn’t fall in love with me.
Emma: I think you’ve just got to pick the right person to do it with. Although in the end, we’ll probably get in a relationship, get married and then cheat.

Can you rate each other’s sex out of 10?

Both: 8.9/9
Emma: It could never be ten, ten would be perfect. That would be rare to find. I think only a ten would be Leonardo DiCaprio or Daniel Craig, in that white tuxedo.

Perhaps the odds can be defied after all. Well at least let’s hope so, because they’re living together next year.