Go on, just try it

They say there are two types of people in this world – people who piss in the shower, and liars.

Now, nutty naturalists are telling students they can save money by weeing while having a wash.

UEA third years Chris Dobson and Debs Torr have launched Go With The Flow, a campaign which could save £125,000 if successful.

And the pair have secured the support of their uni in their quest to unleash rivers of urine through plug holes across the city. 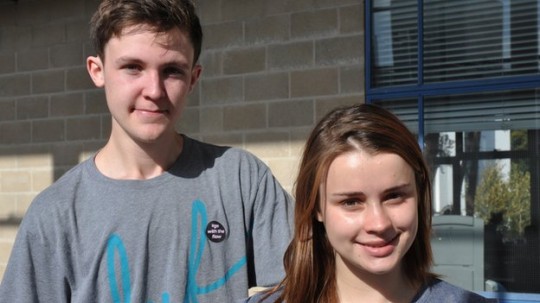 The campaign is the brainchild of Chris Dobson and Debs Torr

Chris, 20, said it would have a “phenomenal” impact.

He said: “With 15,000 students at UAE (sic), over a year we would save enough water to fill an Olympic-sized swimming pool 26 times over.

“Imagine how big an impact it could have if we could get everyone in East Anglia, or even the UK, to change their morning habits.”

Speaking to The Tab about his project, Chris said: “It’s not a joke. It’s deadly serious.

“It’s inspired by a similar Brazilian campaign. People either love it or hate it, which is exactly what you want. If people don’t want to pee in the shower, that’s fine as we just want to raise awareness about water consumption. 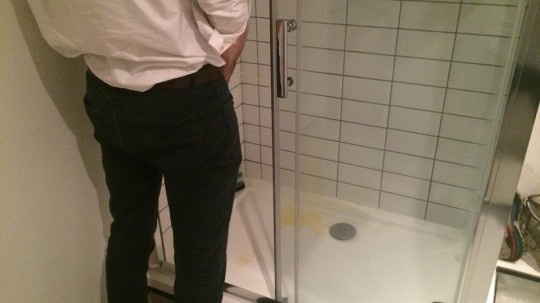 “A lot of people have called us insane but many others love it.

“East Anglia receives one-third less water than the rest of the UK, so we need to known that water is a finite resource. Toilet water is more drinkable than tap water in some countries.

“But we don’t condone other excretionary activity in the shower: keep it to peeing please.”

The pair are UEA’s entrants in the Npower Future Leaders Challenge to find an environmental initiative for their uni.

A UEA spokeswoman said the uni backs “students in their efforts in these initiatives and encouraged all forms of enterprising, entrepreneurial and employability activity”.