Having a family for neighbours is a nightmare

After living in halls for the past two years, we were excited about moving into our new house to actually get a bit of peace and quiet from the chaos of hundreds of students living in one building.

I always thought of Heaton as being a big student area. But despite living on the very edge of Heaton and Sandyford, the majority of people in our street are families, even those that live underneath us.

For any family you would think having students living above you would be the worst nightmare imaginable, but the funny thing is, in our semi, we’re the respectable neighbours.

Kids love to make noise. Crying, screaming, and it was a real treat for us when they received a drum kit for Christmas.

They also don’t like being told what to do, and this results in parents having to shout at them.

Imagine trying to get dissertation work done when all you can hear is kids screaming and parents screaming back. 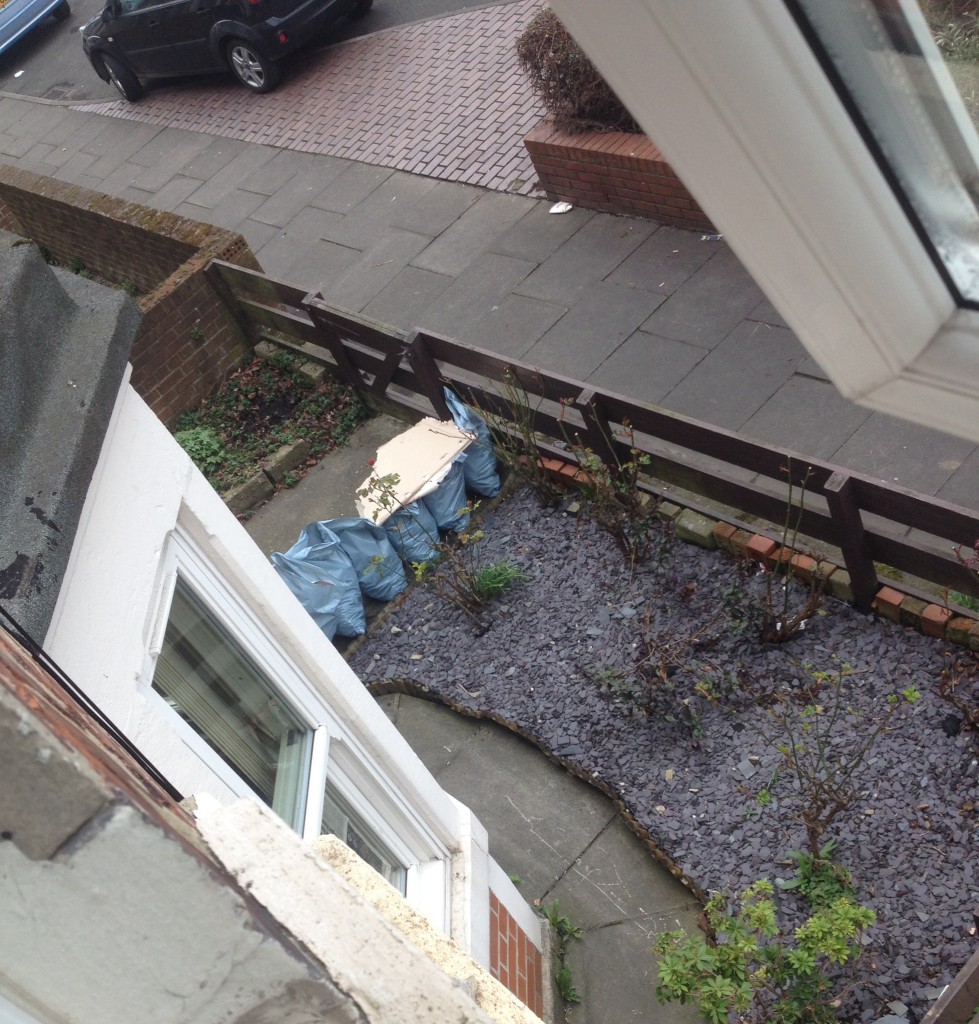 Unlike us students who don’t have to bother with that kind of thing, I’ve come to learn that ours neighbours love a bit of DIY.

Last week we’d been out for a flatmate’s birthday, only to be woken up my drilling at 9am. There’s nothing worse than having to sleep through the noise of banging and drilling while you’re hungover, it’s an absolute nightmare.

Not to mention that for a good month they were getting their entire roof retiled. Any attempts to even work at home are completely off the table.

While halls may be full of rowdy and loud students, nothing compares to having three huge dogs living underneath you. Students will at some point eventually sleep, dogs want to bark at all hours of the day. We came here for some peace and quiet.

Finding dog shit at the end of your path when you leave the house is always a bonus too.

It was a couple of weeks ago when they started posting notes through our door. They were very passive aggressive, telling us that “usually you’re ok but stop the stomping!”

They also felt the need to add some extra “please shut up” illustrations. Now we were annoyed. We’d have no problem if you came and knocked on the door to discuss such issues. We’re not actually sure if it was the children posting the notes. 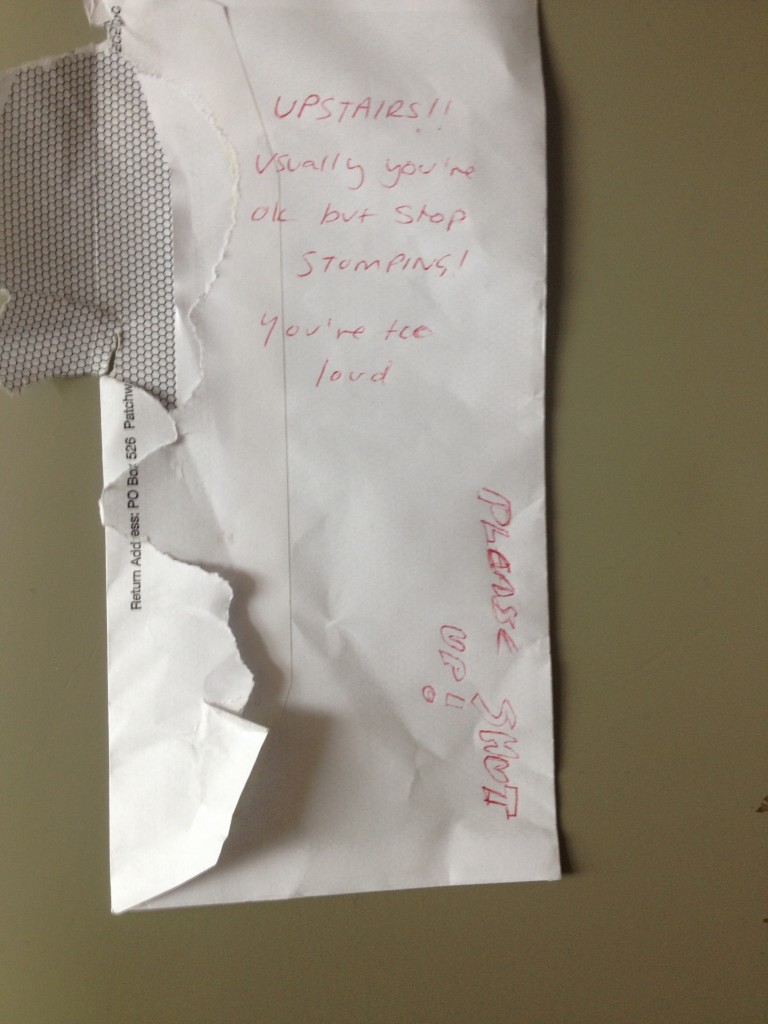 Unless we were ninjas that could cross the living room without touching the floors, it’d be pretty impossible not make even the slightest bit of noise.

I’m guessing having students living above you might be annoying, but we’re pretty tame. I guarantee it would have been much worse if we were hardcore promoters or hosted S&M parties every weekend.

If you’re hosting a family gathering, we should be allowed to host pre-drinks with no complaints.

I’m sure they’ll be looking forward to the summer break as much as we are.