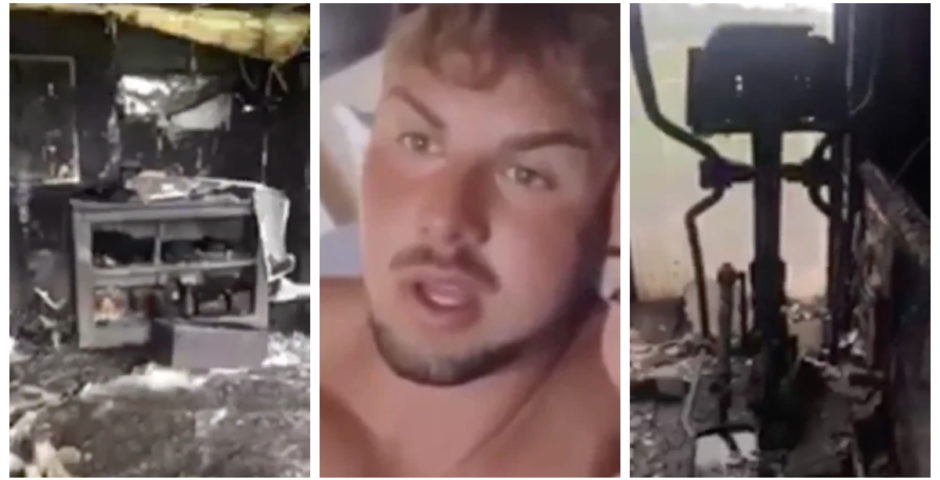 Newcastle Benfield Gym, the former employer of personal trainer Richard Heslop, has been subject to an alleged vandalism attack after being set on fire late on Tuesday night.

According to a social media post by the gym, the fire was started purposefully and, while nobody was hurt by the fire, it resulted in substantial damage to the gym and equipment.

Per the post: “The fire had been started deliberately, by someone breaking the glass to one of the gym entrance doors and setting fire to the reception area.

“Northumbria Police are investigating the incident, and anyone with information should contact them directly.”

Earlier this week the gym terminated the contract of Heslop who, along with his girlfriend, has been at the centre of a racism controversy. Amongst comments which undermined NHS nurses and referenced paedophilia, the personal trainer made discriminatory comments such as, “Fuck everyone. Fuck them Ch*nkies, fuck them P*kis. I’m rich, white and privileged. I’m tanned and fucking got good teeth.”

In a statement published to their Facebook page in the immediate aftermath of the incident, Newcastle Benfield clarified: “We would like to stress that WE DO NOT condone the type of comments or behaviour portrayed in the video concerned. His actions DO NOT reflect the views of this gym, it’s staff or its members, and in light of this we have decided to terminate any future dealing with this PT with immediate effect.”

The Newcastle Tab approached Tyne and Wear Fire and Rescue Service for comment, who were able to confirm the reports.