On Monday a Northumbria law student posted a series of Instagram stories with her boyfriend, a well known Newcastle PT, who made numerous racist remarks along with other inappropriate comments.

Melis Altinors is employed by John Lewis & Partners. The company has published this statement in response to the videos posted by Altinors: “We have been made aware of posts shared on social media involving one of our Partners. We take these kind of allegations extremely seriously and have launched a formal investigation into this incident.”

“The John Lewis Partnership does not tolerate discriminatory behaviour, abuse or harassment of any kind and we will be taking appropriate action in-line with our policies.” 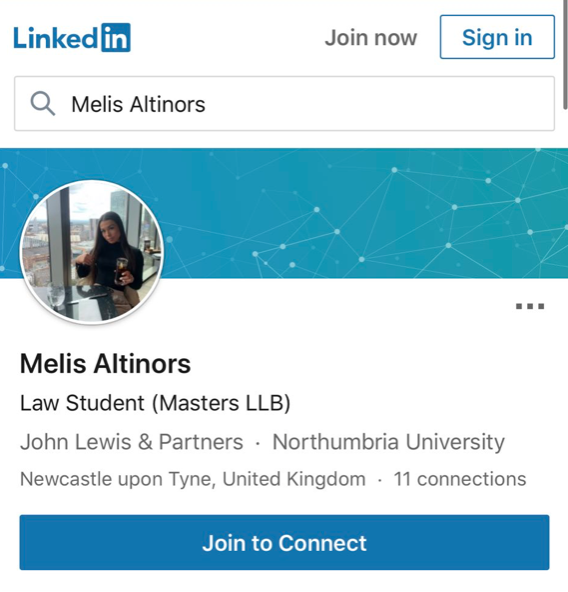 The videos have received negative backlash on social media, with people including Sam Fender voicing their opinion on Twitter: “To come from the North East and not only be racist but hold genuine contempt for poor people. Fucking loser. Bye.”

Luke Edwards, the North-East sports editor of the Daily and Sunday Telegraph responded to Fender’s tweet: 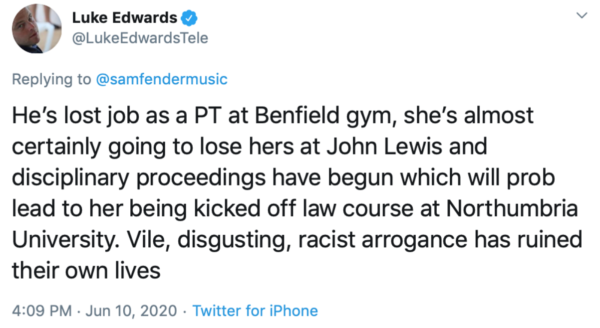 Following the statement released by Northumbria University on Twitter yesterday, Vice-Chancellor and Chief Executive, Andrew Wathey, sent out an email to all students stating: “The University was made aware of posts that included offensive material that may constitute a hate crime shared on a social media site, which involved an individual identified as one of our students.”

“This was reported immediately to the police, and is now the subject of a police investigation.”

“I would like to take this opportunity to reaffirm the statement we shared last week: as a University we are committed to equality, diversity and inclusion, and will not tolerate any form of harassment or discrimination.”