The management of Portland Green Student Village have come under fire in the past week after residents were informed that they would still have to pay rent for their third term – even if they were no longer living in the halls of residence.

Abodus, the company that manages Portland Green, is also offering residents a release from their tenancies if they have removed their belongings from the property, but set the deadline for property removal weeks before the day the refund was offered.

They have allegedly ignored residents, deleted their Facebook posts and told them they have to accept that Portland Green is their “legal home” following students’ criticism in response to this.

The company is, however, reviewing its cancellation policy, and is accepting requests from residents who wish to end their tenancy early as this criticism grows more widespread.

This was not without its terms and conditions. Students were informed on 3rd April that they may be released early from their tenancy if they removed their possessions from the property or alternatively pay a room clearance service to do so on their behalf. Abodus are recommending that students use PingLocker, whose prices begin at over £400.

On top of this, the tenancy release notice was emailed to students on the 3rd April, yet it stated to be eligible for release they must have left the accommodation by 12pm on 23rd March. This was eight hours before Boris Johnson announced lockdown.

Students living in Portland Green were angry, as they feel they weren’t given any warning to clear their rooms due to the allocated date being before the policy change was announced, and that as we are now in a national lockdown, they realistically had no way of avoiding a room clearance fee.

In the days which followed, Abodus informed students who had not yet been able to vacate their rooms that, since the country was in lockdown, they had to stay at Portland Green as it was their “legal home”. All residents who hadn’t left before the lockdown were ineligible for release – even those who would leave before the third term’s start date of 26th April.

Now, there are dozens of posts from students in the Abodus’ residents Facebook group who are outlining their disgust at Abodus’ policy.

Anna, a final year Fashion student, described her experience to The Newcastle Tab, she said: “I couldn’t have left on the 23rd March because around that time I was experiencing symptoms similar to COVID-19 and was told to isolate. I emailed Abodus telling them of my circumstances and they told me that I had to continue my contract, even though I had already informed staff of my situation.

“I told them this and they replied that I had to stay at Portland Green as it is my “legal home”. So first I couldn’t be released because I didn’t leave, then it was because I didn’t tell them I was staying, and now it’s because they’re my ‘legal home’.

“It’s all just twisting words to try and make as much money as possible out of those who really can’t afford it. I’m going home to support my family, plus since my mental health is deteriorating as a result of this. I just don’t want to have to deal with this anymore.”

Anna’s flatmate, Hannah, has had a similar experience and spoke of her feelings of being let down by the housing company. She told us: “Abodus state in our contract that the holder can be released from their contract due to ‘extenuating circumstances’. Apparently, a global pandemic which has led to the closure of our university does not satisfy this. I’ve felt anxious and stressed, but they are far more concerned about their reputation being dented than their students’ mental health.

“Essentially, I don’t feel the company care about me. They have so far not bothered to answer any of my questions or looked at my own personal situation asking for early tenancy release. They assume as we are young adults we will just pay them money and shut up.”

Both Anna and Hannah have now left considerably before the 26th April, but since they were unable to leave by the 23rd March, they are still liable to pay rent for the forthcoming term.

And what about those who have further reasons for being unable to leave, for example, if they’d been receiving medical care in Newcastle? The Newcastle Tab spoke to Imogen, a first-year Classics student, who underwent a knee operation only weeks before the lockdown.

Imogen told The Newcastle Tab: “I hadn’t left by the 23rd as I was still on crutches, my knee was still in a splint and I had an upcoming physio appointment. I told Abodus this, and they said that while they did believe I qualified as an extenuating circumstance, I would have to provide evidence that I had underwent the operation. 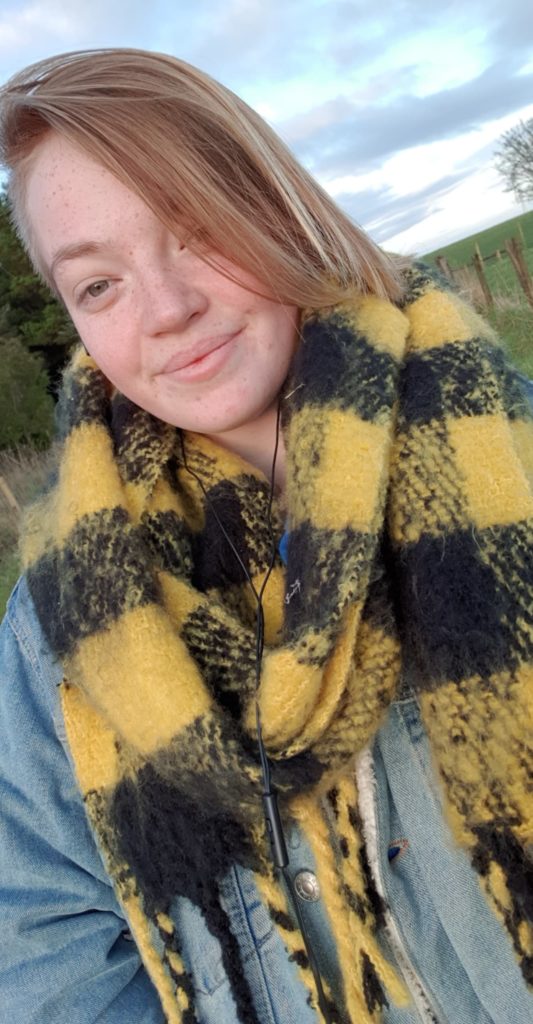 “Literally the next morning, I was told via email that I had “been assessed” but that I still didn’t qualify for early release. The email couldn’t have been more generic if they tried – it felt like they hadn’t assessed me at all and they just wanted me to leave them alone.

“I’m so angry. They’re profiting from this virus and making everyone’s lives difficult.”

The students who expressed their frustration on the Portland Green Facebook group also quickly realised that Abodus were deleting posts in the group which were critical of their tenancy release policy.

One member posted telling of her financial and mental health concerns which were being aggravated by Abodus and warned others against staying at Portland Green in future, only to find her post removed. It was said to have violated the group’s hate speech policy. 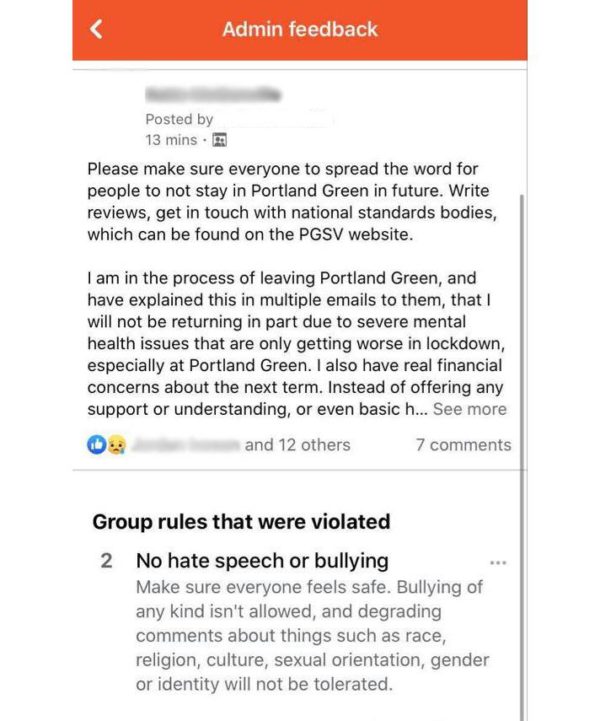 The Newcastle Tab approached Abodus for comment, and they responded as follows:

“We understand that this an increasingly difficult time for our students and we are actively taking on board feedback across our communications channels and responding, and communicating, daily via several different platforms.

“It continues to be our upmost priority to protect the safety and wellbeing of our residents and operate with a duty of care at all times. In order to do so effectively and uphold these standards, we continue to comply with the most up to date advice of the UK Government and have been in discussion with the Minister for Universities office.

“We advised all of our residents on 3rd April that we would be reviewing our cancellation policy and accepting requests from residents who wish to end their tenancy early. We gave residents 11 days to allow them to submit their requests online and we are currently working through all cases and individual circumstances. The deadline for submission ends at midnight this evening [14th April] and this has been communicated directly to our students throughout this period, via both internal and public-facing channels.

“If residents do end their tenancy early, we are advising that they, for their own safety, only travel to our sites to collect their personal belongings and return keys within 10 days of the lockdown period being lifted. Our residents are aware of this stipulation in our current policy as it was communicated across several platforms and it is stated in our terms and conditions and FAQ’s online.

“Regarding our Facebook residents groups, this is a vital platform for us to communicate with the majority of our students. The Portland Green group has an open posting policy in which residents are encouraged to engage in dialogue with their fellow residents. It is our approach to only intervene for safeguarding issues and only two posts out of many hundreds were recently removed, one in which a student was speaking about their own severe mental health issues, and the other tagging Abodus staff members in the comments section and insulting them individually. We believe these groups should be an open forum for discussion and debate but take our duty of care seriously when protecting any individual from themselves or others and prefer reaching out personally in such cases. We believed that these posts were putting students and staff at risk, and as a duty of care it is our responsibility to remove posts demonstrating any such risks.”