Petition to remove convicted stalkers from campus now has over 1,600 signatures

The victim has not had an apology from Chris Day

A petition to remove convicted stalkers from Newcastle Uni campus now has over 1,600 signatures.

*Amy has not received an apology from Chris Day, Vice Chancellor, and has been told he isn't allowed to contact her due to ongoing procedures. 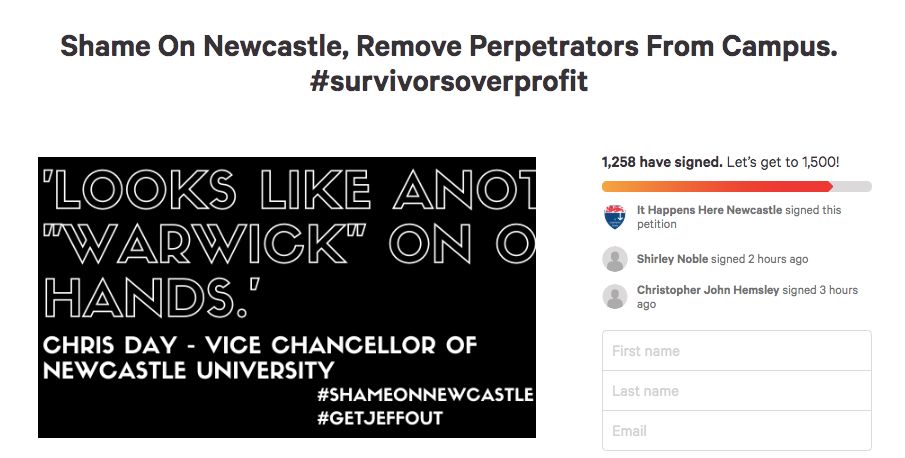 Amy told The Newcastle Tab she has felt empowered by reactions to her story. She said: "It's interesting that the VC has apologised to NUSU about how my case has been handled and the knock on effect on the university's precarious reputation, when he can’t apologise to me (because of my ongoing complaint about the way Jefferson's disciplinary procedure was handled).

"I cannot express how grateful I am for the overwhelming response and support the story and petition has received. The support from my friends, family and even strangers means a lot to me and it enforces how important the message behind it is.

"The 1,200 people that have signed the petition have given me back the power that the university and Jefferson took from me. Please continue to get others to sign – it's brilliant to see that it has forced the university to commit publicly to review their procedures.

"By allowing Jefferson back on campus, on not one but two occasions, not only do the university appear to be condoning his behaviour they also appear to be enabling it." 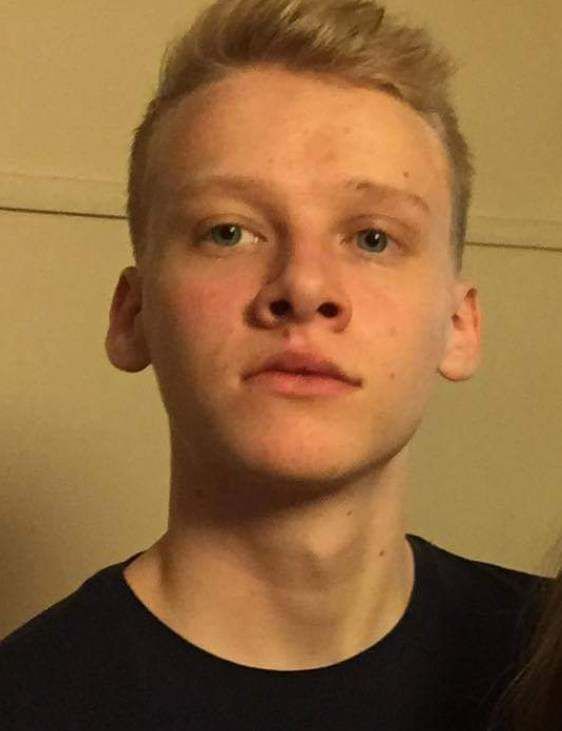 Jefferson Young, a student who was allowed back to campus

Writing to the sabbatical team at the Students' Union, Professor Chris Day said: "I know there have also been questions raised about an email I sent, which has been released to student media. I am sorry that my email gave the impression that I was not taking these matters extremely seriously, that was certainly not the intention, indeed quite the opposite.

"My email was sent within minutes of receiving the student's email and my response was sent out of genuine concern for this student who had written to me. This was the first I had heard about the case and I was trying to get more information about it from my senior management team.

"As Vice-Chancellor, I do have to consider how the university is perceived amongst current and prospective students.

"My flagging to senior colleagues the risk to the university’s reputation if we fail to handle student safety concerns in an appropriate manner, was intended to reinforce the importance of this issue."

The story has now been covered in national news outlets, The Times, BBC, Daily Mail and The Newcastle Chronicle.

*Amy's name has been changed to protect her identity. 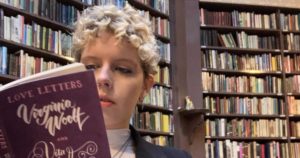