I definitely belong as a poly

I’ve always been interested in the intense rivalry between Newcastle and Northumbria students. Why is Newcastle considered the better uni? What do they have that we don’t have? Is the grass really greener on the other side?

So, I decided to cross enemy lines and become a Newcastle student for a day. I put on my pair of black flares and my puffer jacket and I was ready to settle the debate once and for all. 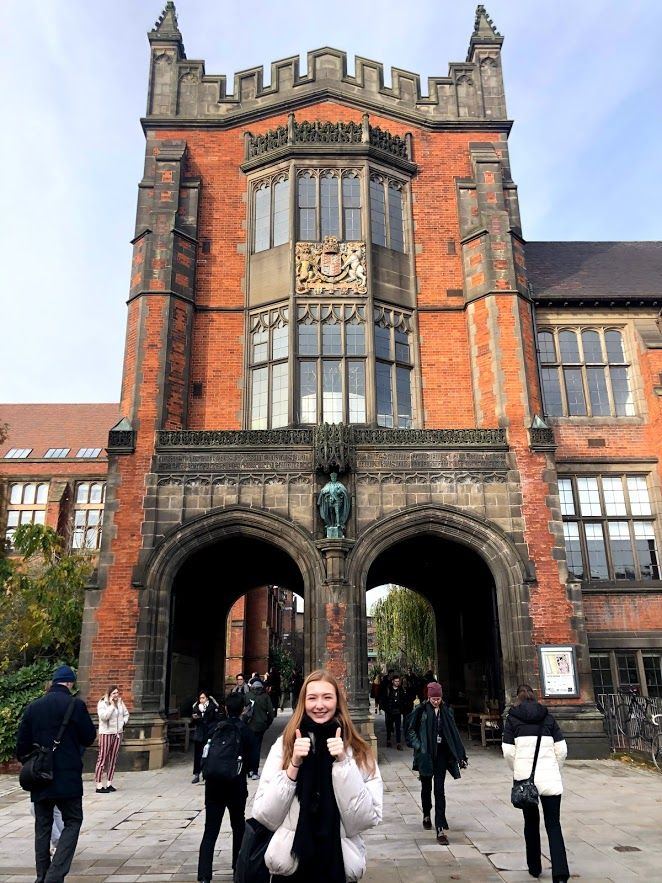 A small poly in a big uni

I recruited the help of my housemate, Lucy. A second year English Literature student at Newcastle. I knew if I wanted to experience Newcastle properly I needed a tour guide, as I learnt in the first hour of the morning it is quite easy to get lost. 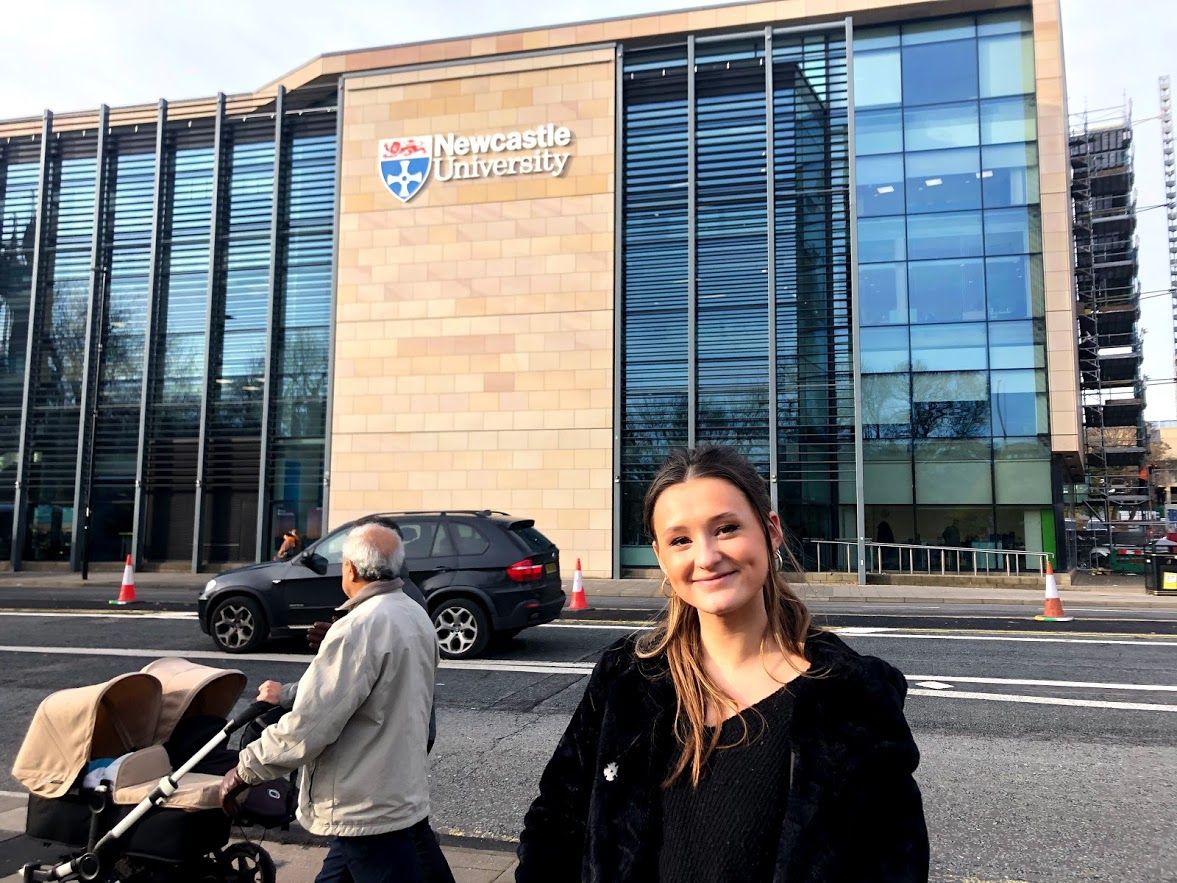 My tour guide for the day <3

First hurdle I had to cross: the size of the campus. The campus at Northumbria, in comparison, is minuscule. I will be the first to admit I don't have the best navigational skills but I severely underestimated how hard it would be for me to try find Lucy. So much so I nearly made us late for our lecture. Also, why are there so many decapitated head statues ? 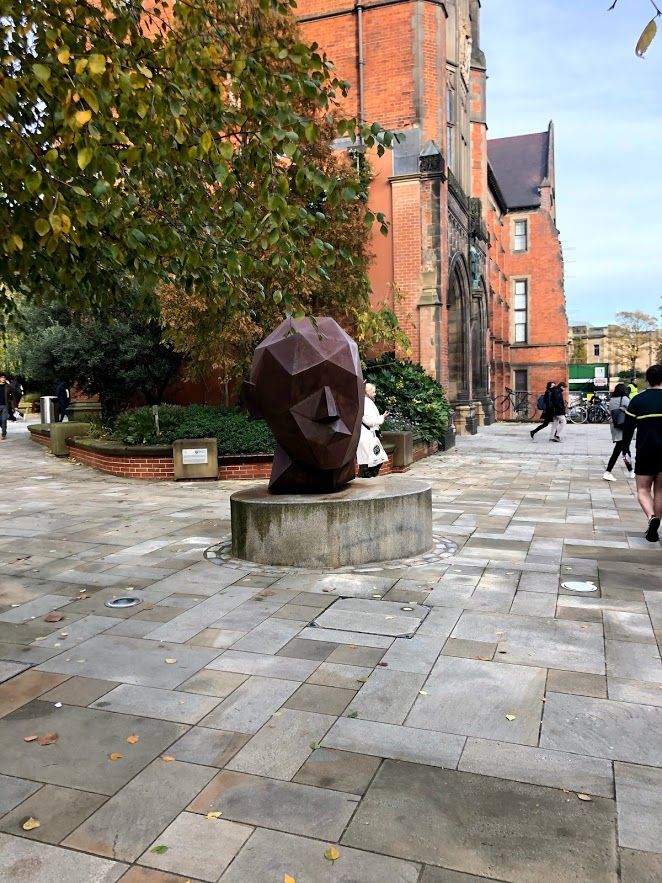 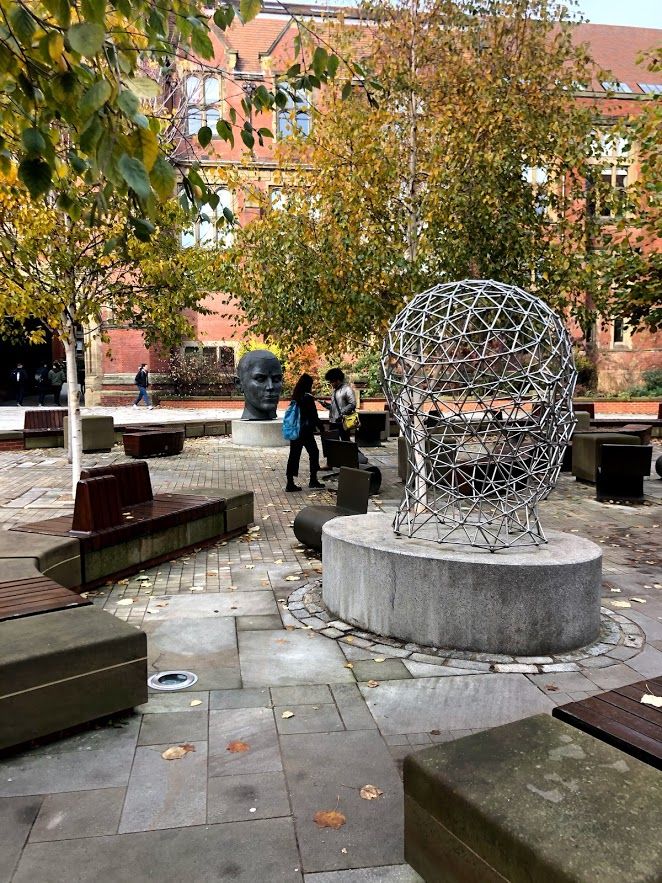 What do they mean ?

The lecture I was attending was on children's literature in the 18th century – specifically about the Lilliputian magazine. I sat in this lecture for an hour and I still have no further information to tell you about what a Lilliputian magazine is. No disrespect to the lecturer though, as he was very engaging. I found myself falling asleep at some moments but the lecturer had a tendency to SHOUT random words every now and then which definitely kept me awake. 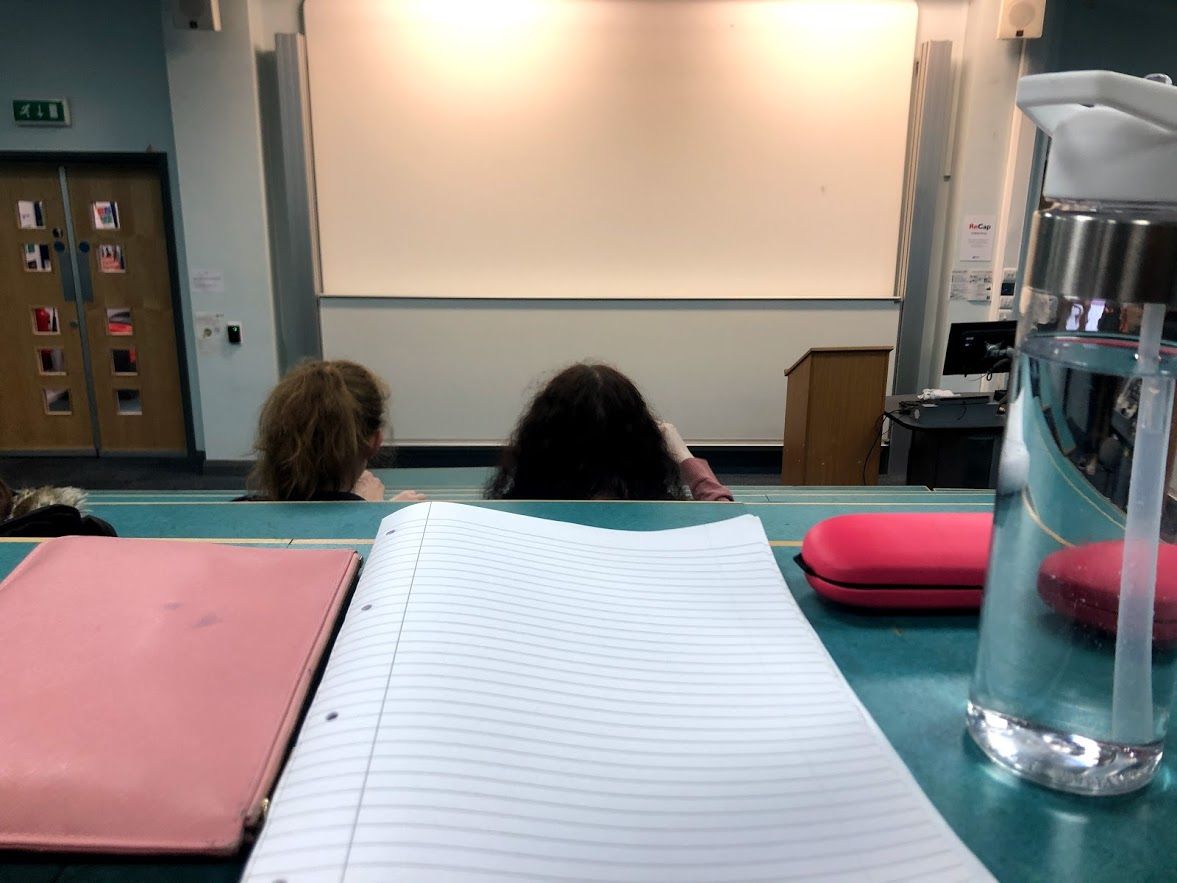 I turned up to the lecture with my trusty pen and paper ready to make some amazing, in depth notes that I would never have the need to look at ever again. But as I looked around I saw I was outnumbered in this decision as the majority of the students favoured a MacBook. Fair enough, bring your MacBook, but why is it that MacBook users type so aggressively? The sound of the clicking keyboards was so distracting I couldn't hear the riveting story of what a Lilliputian magazine is (I will never know).

Admittedly, I did feel out of my depth. I was shocked to see how many MacBook screens were actually making notes instead of talking about how boring the lecture is in the WhatsApp group chat. I had made a solid four bullet points and when I glanced over at Lucy she had written a whole page.

Also, I am not a fan at all of the tiered lecture seats as I dropped both my purse and my water bottle down onto the rows below which was highly embarrassing. I was trying to keep a low profile in case anyone recognised I was a poly, and that drew way too much attention. It was already obvious enough when I tried to "scan in" my Northumbria Uni card.

HOW could I be a Newcastle student and not make an appearance at the infamous Phillip Robinson library. I was most excited to compare the library to Northumbria's. I was quietly confident that the Northumbria library would be a lot nicer, but I went in with an open mind.

I had to ask the librarian if he could let me in if I was Northumbria student. I spoke quietly because 1) It's a library and 2) I didn't want everyone to know I was an impostor. He asked me to speak a bit louder, and the second time I think everyone around me heard. It didn't help I had to go through a different entrance which drew even more attention to me. I was entering the Robbo highly intimidated. 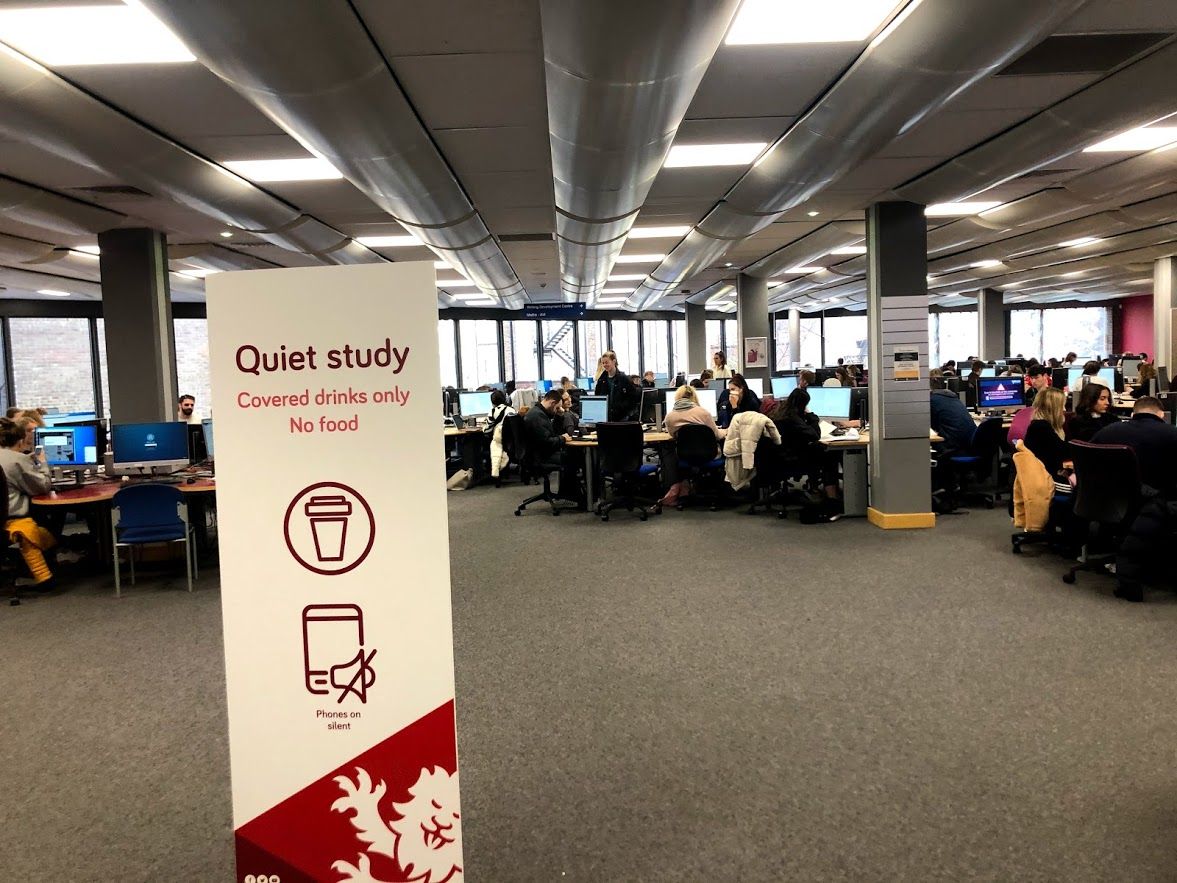 I'd heard a lot about never being able to get a seat, especially in Lucy's favourite spot: the basement. But surprisingly we managed to get a table. I put on my glasses to appear slightly more intellectual. 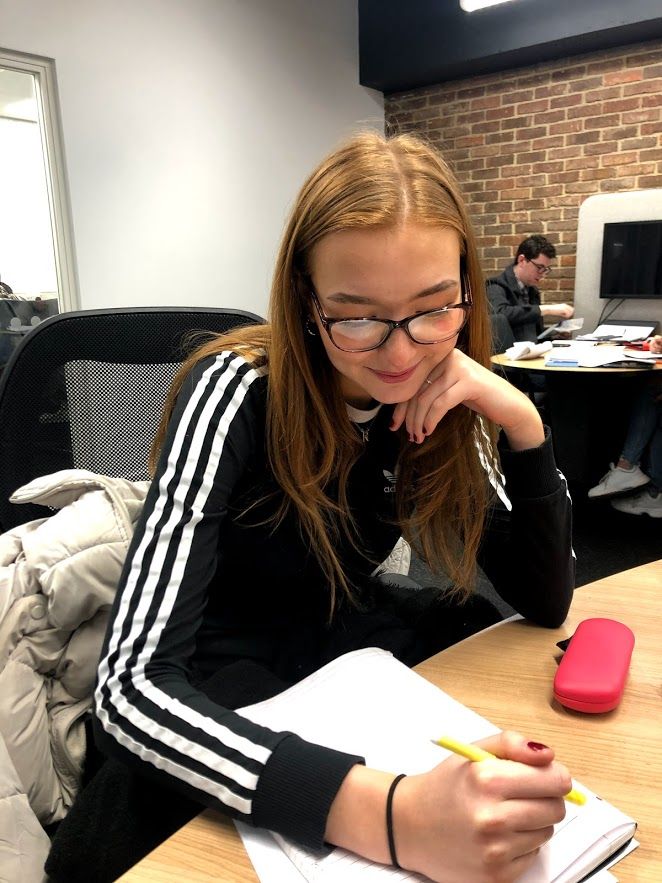 As Lucy continued to read about the Lilliputian magazine, I pretended to do the same. I think the Robbo is a bigger library, my only criticism is it is impossible to go anywhere in the library without seeing someone you know. I don't even go to this uni and I could spy multiple people that I recognised but was too embarrassed to go say hi to (if you saw me, I'm sorry) which meant it was almost impossible to concentrate on the Lilliputian literature, as much as I REALLY wanted to…

A real point of comparison. Lucy spends a lot of time in the SU on her breaks and hypes up the food choices a lot. I wanted to see what it was all about, and I can say hands down the selection definitely beats the Northumbria campus cafe. For an indecisive person like me, I was overwhelmed with all the options but we managed to settle on a Subway. 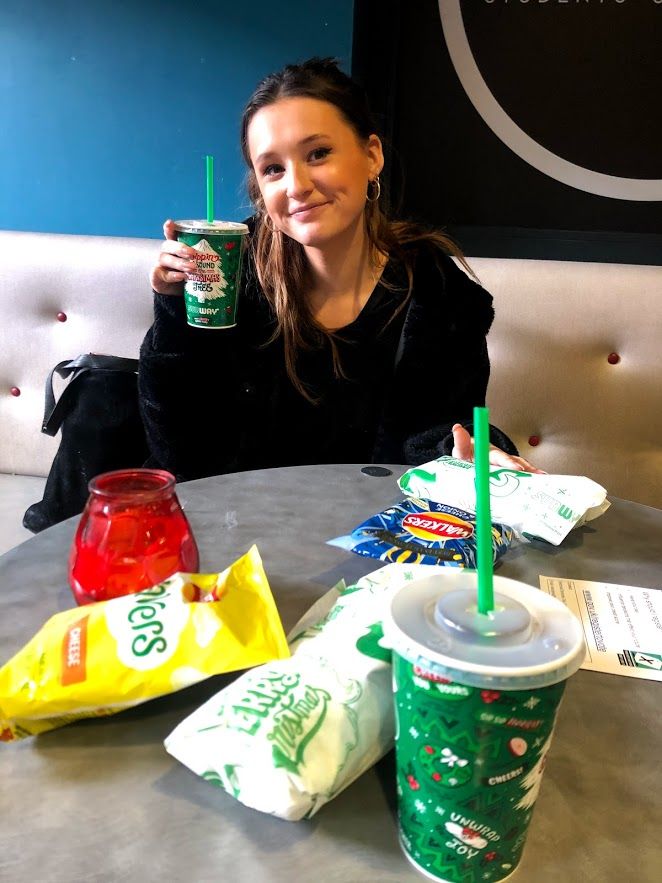 Considering my day was spent with me lost, confused, not doing much work, and spending unnecessary money on food – it wasn't really that much different to life at Northumbria. It's probably too soon to bury the hatchet, but maybe a few more trips to the Robbo and I might feel more submerged in Newcastle culture.