My university experience on the acne fighting medication Roaccutane

It has serious physical and emotional side effects

The day I moved into Newcastle University Halls, I remember crying because of my skin. The strong acne medication I was on meant that my skin was sore and peeling from my face, and my lips were cracked with dryness. These are just two of the side effects of Roaccutane.

Before going on Roaccutane, I'd tried it all. Face washes, toners and creams – the lot. My skin had never been perfect, but once I hit 16, it seemed to get progressively worse. Main problem areas were my back and cheeks, which is more unusual for severe acne.

Antibiotics cleared up the spots temporarily, but they returned within weeks. I actually don't have many photos pre the drug, because I hated seeing pictures of my bare face. 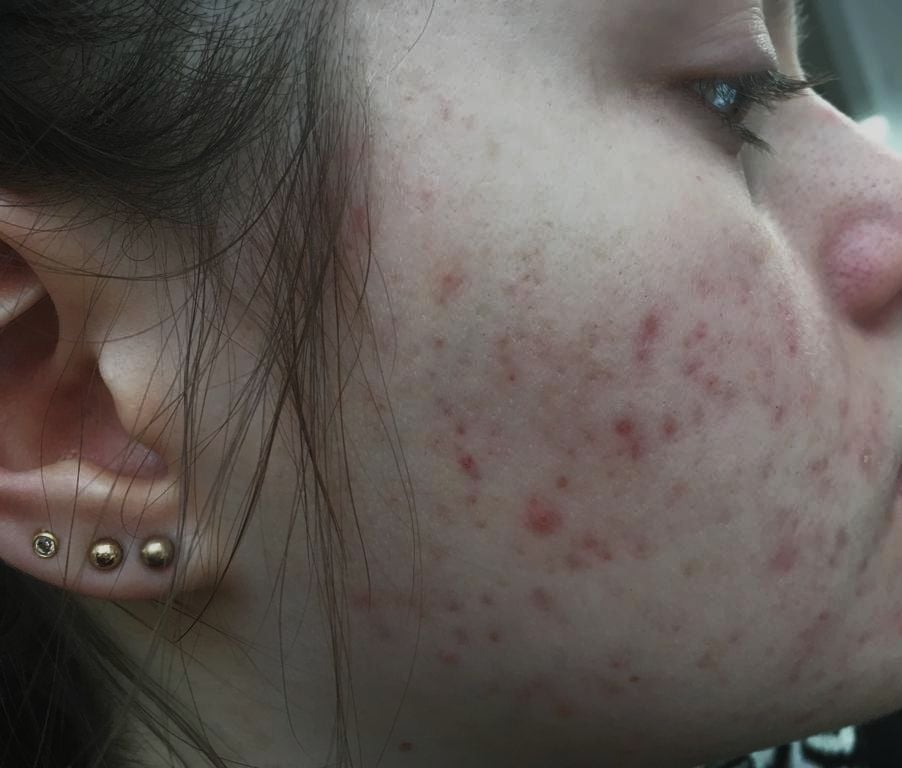 I wore make up every day to school (which seems crazy to me now), but I wouldn’t have gone into lessons without. Websites told me to ‘drink more water’ and ‘eat healthily,’ which I was already doing, and to destress (which is something you don’t want to hear during GCSEs and A-levels).

After another three months of unsuccessful antibiotics, I began to explore the more serious options and I was made aware of Roaccutane.

Roaccutane (or Isotretinoin), is an extremely strong acne medication, known for its extensive set of side effects. The waiting list is around a year and a half, and I was told would cost upwards of £1,000 if I was to go privately for the medication and consultation. This is largely due to the fact that monthly assessments are required. The average treatment cycle is six months.

My dosage started at 20mg per day, and was increased to 50mg as my tolerance grew. It is also compulsory to be on birth control whilst taking Roaccutane, as it can cause serious birth defects.

Complications arose when I got into uni. I was told they could not transfer me to a hospital in Newcastle.

It was so difficult to even get started on the medication, and it seemed I would have to stop it after just two months. I finally managed to be relocated to the RVI. It was a problematic transfer process, but was straightforward once finalised. 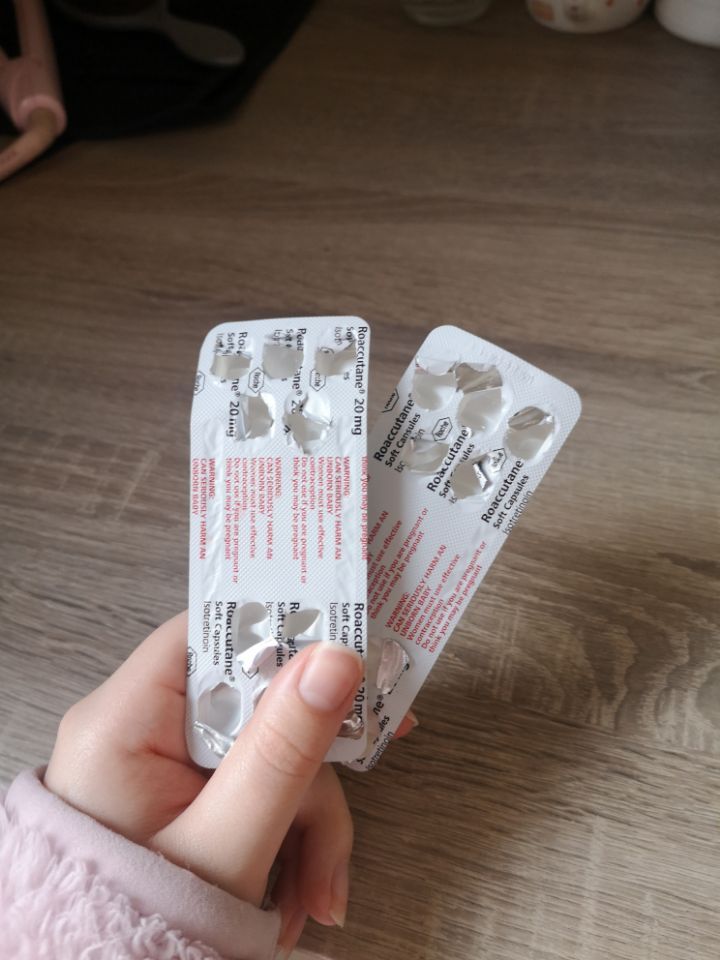 The main side effects of Roaccutane I experienced skin dryness. This was my most obvious side effect. The drug attacks the sebaceous glands (the pores that make oil) in the skin and reduces their oil production. Skin literally flaked off my face, especially around my chin and mouth area. It was easier not to wear make-up, as foundation crumbled off skin with half an hour of wearing it.

I also experience cracked lips, mostly around the corner of my lips, and below the mouth area. I had hair loss, and began to lose hair within one month of the medication, especially when showering.

Then there was the nose bleeds. I wasn’t aware of this side effect, until I happened to mention it at one of my hospital visits. It’s due to cracking and dryness within the inner lining of the nose.

Coping at uni whilst on Roaccutane

It's advised you don’t drink alcohol whilst on the drug (we all know this could be unrealistic though).

The most important thing, is not to let the drug affect your social experience. I didn’t drink as heavily as I normally would but I didn't cut it out completely.

Be open with your friends and flatmates about Roaccutane and how you're feeling. Sometimes it’s nice to just share your experience with others and they'll probably actually be really interested.

The drug has been linked to depression, and has been connected to over 20 suicides in just two years. If you notice a shift in your mood, speak to friends and family about it, and mention it at your hospital appointments. 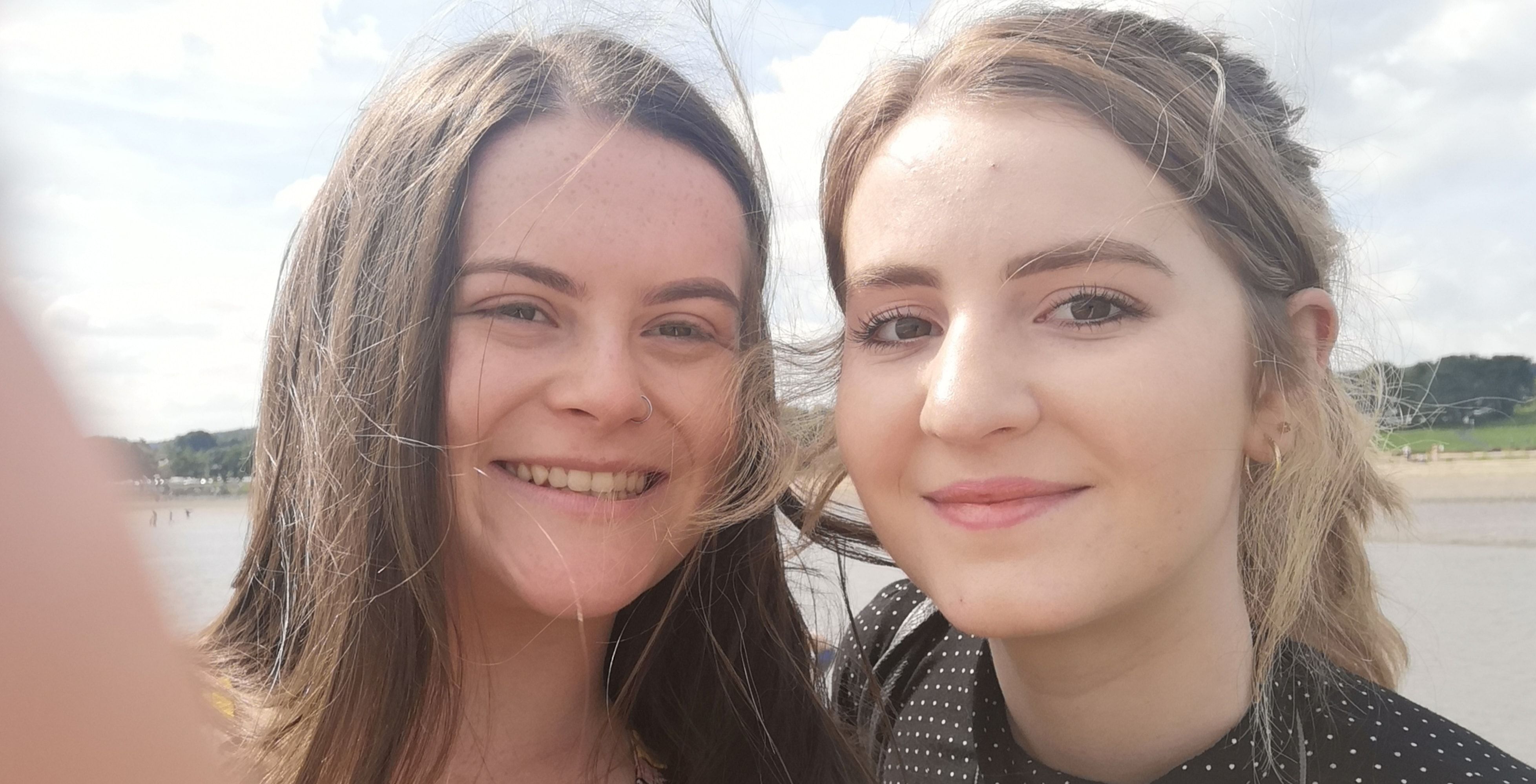 I was on Roaccutane for around eight months, and would say it was definitely worth it. I used to never leave the house without make up, and now I feel confident in my bare skin.

My skin is still nowhere near perfect, and I have large blemishes and occasional spots, but not as frequently as before. If your skin is affecting your mood, seek help, because it really can make a difference.

However, I have learned that your skin imperfections are so much more obvious to yourself than others, and they are nothing to be ashamed of. Often people barely notice them.

You are always your worst enemy and biggest critic. Seek help for yourself, and take control over your acne, so you can confidently love the skin you’re in.