It has not yet been confirmed what the liquid is

There have been reports of a man throwing an unknown liquid on girls near the Northumbria campus.

A post on Castle Leazes Ticket Exchange read: "Some absolute homeless looking person going around near Nancy’s/Northumbria business building on a bike throwing some weird looking substance over girls on their own! (Thankfully it’s only soap) but if you see this guy kick him off his bike." 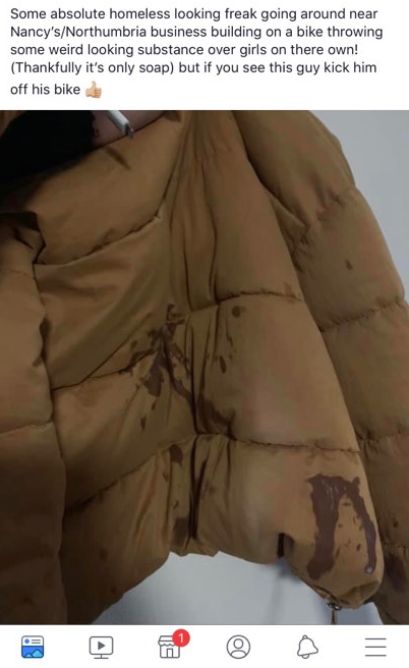 Since this, there have been reports that the liquid is actually more than just soap.

In a comment on the post, one girl said that she had visited A&E after being hit with the liquid. She wrote: ""He got me on the bridge all over my back and legs at around half one. I rang 111 and they told me to go straight to the RVI.

"The doctor said if it goes on anyone's actual skin then it's best to go to A&E. I was wearing a black jacket and it looks like it's bleached my jacket". 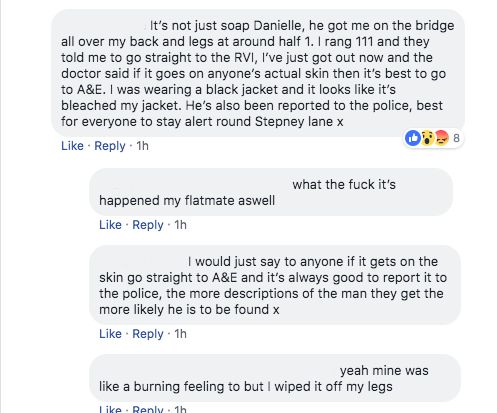 One victim told The Newcastle Tab, he was "all around the Northumbria business school and Stepney Lane area." She had the liquid thrown "on the back of her legs and bum", and it had also happened to her flatmate and friend.

Another witness described the incident, saying: "It just felt like I'd been splashed with water but when I looked it was like a soap white and then it's like a mild burning feeling".

The man has been described to The Newcastle Tab as riding a bike, wearing a black jacket and a bright blue hat. The substances stains and bleaches clothes.

Multiple cases have been reported to the police and we are still waiting to hear back from them with an official statement.

We will update this story with more information as it comes in.