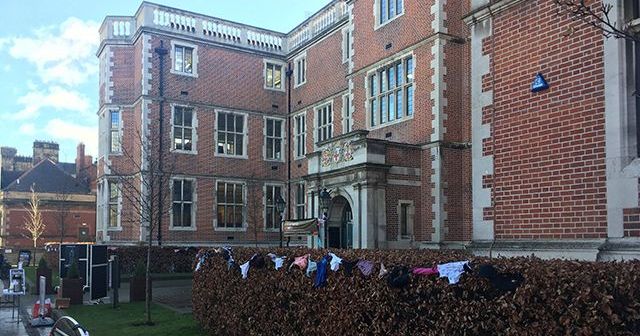 They hope to start a conversation about consent

Underwear was hung up around the Newcastle Student's Union yesterday. It was part of a #ThisIsNotConsent campaign run by the It Happens Here society. 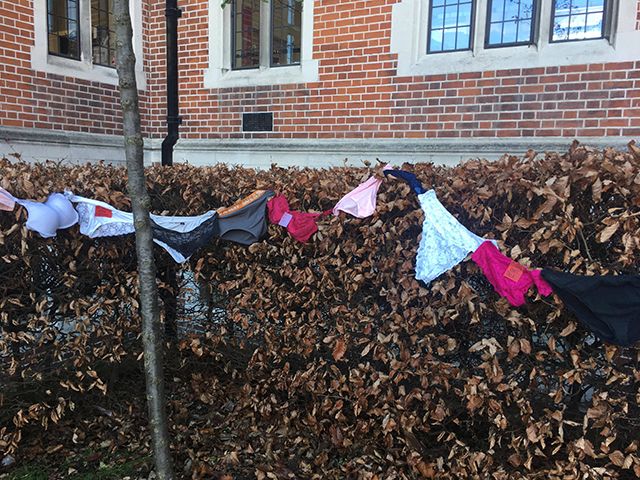 The movement comes after a woman's underwear was used as evidence in a rape trial in Cork, Ireland in 2018. Flyers were being handed out outside the SU, which said: "For Sexual Abuse & Violence Week, the It Happens Here Society wants to help us to push home that no matter what you're wearing – even down to underwear – it's never, ever your fault." 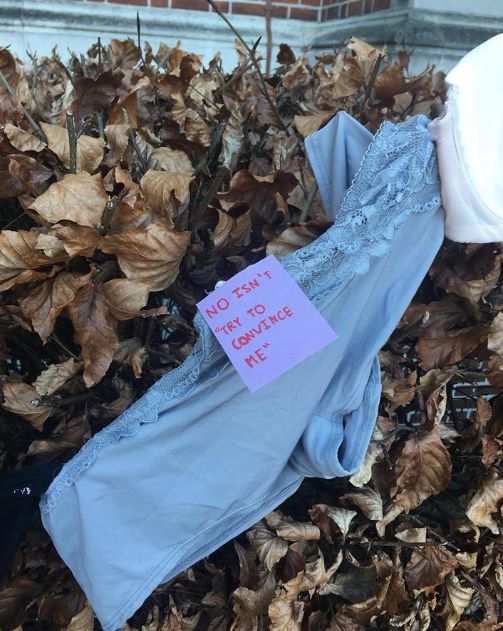 Georgia Corbett, president of the It Happens Here society, told The Newcastle Tab: "People have had mixed reactions today to them being up, with not everyone being positive but a lot of people were prepared to find out what was going on – and hopefully that’ll start the conversation!" 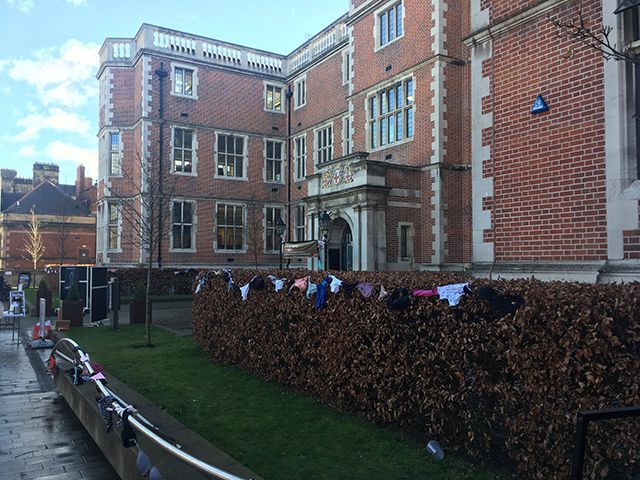 Georgia continued: "Because, despite the jokes we know we aren’t going to solve rape, but what we want is to continue the dialogue, and raise awareness of just how bad the legal system is with regard to cases of sexual violence. We hope that’s come through, even if it’s a bit of a mad way to send the message!"