Funk Soul Brother is coming to World Headquarters on Tuesday 20th February for a night of funk, soul, house and disco.

This popular night started in Manchester three years ago by two University of Manchester students. Since then the night has gained popularity in Fallowfield, Manchester's edgy equivalent of Jesmond.

The event promises to equip our fav WHQ with: "a whole load of vivacious visuals, disco heaters and delightful decor." 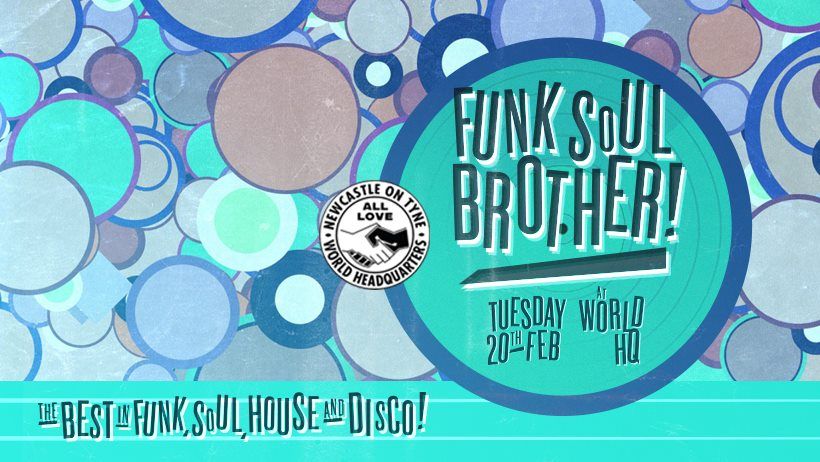 Last summer the night made its festival debut at Parklife and Pangaea Festival (woop woop). So now, lucky for us, they've decided to expand into our Toon.

The organisers told The Tab Newcastle: 'We've been wanting to come to Newcastle for quite a while now and felt there's no better time to launch than to kick of our 2018 series off in one of our favourite club spaces, World HQ."

Tickets for the event can be found here.