Names for Mensbar that are better than ‘Luther’s’

First, some context: Obviously, the name Mensbar is just unacceptable. It’s got ‘men’ in it after all, so its no wonder the NUSU deemed it to be too patriarchal. Even if it is spelt to reflect the University’s Latin motto, it’s still totally sexist. It’s probably also racist, xenophobic and arachnophobic.

It’s definitely something that everyone cares about. After all, it’s not like there are real problems in the world. Women make up the majority of Newcastle Uni, but that doesn’t mean that they’re not massively oppressed by evil men.

But enough of me mansplaining. The new name for Mensbar, Luther’s, is still totally sexist. Its a man’s name. What century are we living in again? Here are some better alternatives:

Lol this one is my favourite.

Um, hello? They sell Starbucks there and they love to tell us. Why not just call it Starbucks and we can all just get over it?

This may be a little too obvious to those at the SU. Maybe it needs to be actually suggested to them rather than thinking about pretentious names like ‘The Cross & Lion’ and ‘Aelius’.

Everyone loves to hate the Robbo. You can also legit tell your parents on the phone that you’re ‘in the Robbo’ whilst you have a sneaky pint or two.

A play on words with Bar Loco, the colourful, split-level bar with a lounge vibe and terrace near Leazes.

It’s inclusive, welcomes everyone from anywhere

We’ve had it called Mens Bar for far too long. Now let’s change it up and call it Women’s Bar for an equally long time.

The bar for both men and women

This one is much more progressive. In an age where nuance and subtext mean nothing, why not get rid of them entirely?

A hint of inclusivity mixed with a pinch diversity this is the perfect name for a Students’ Union bar. 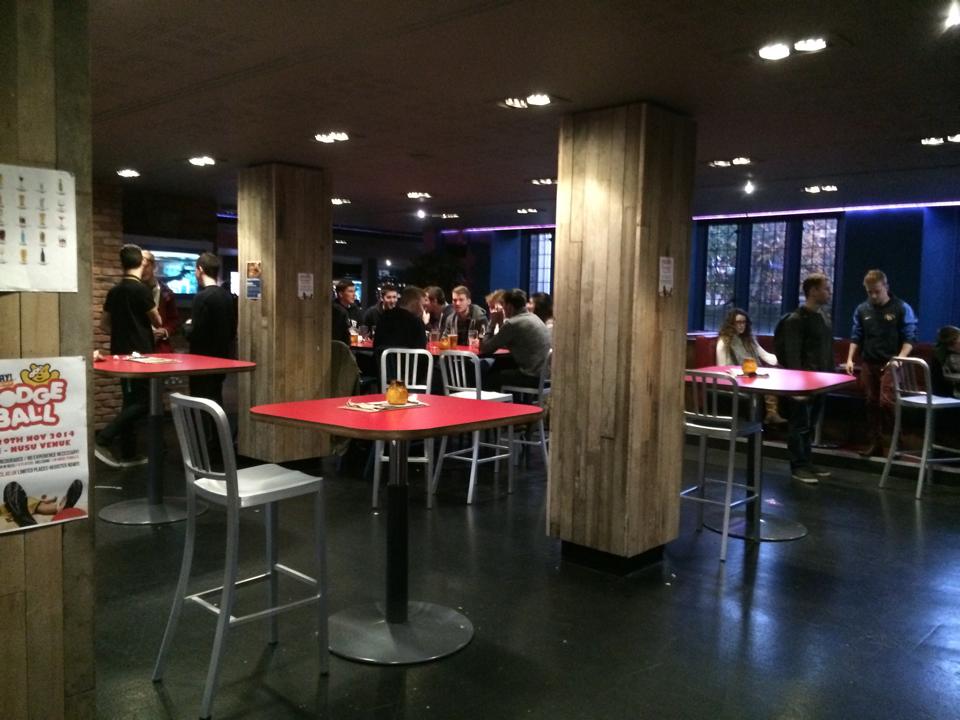 If we’re going to big up MLK, we’ve got to do it the right way.

Interesting take on the famous Armstrong building. May confuse drunk freshers about where their lectures are in the first week of term, which would be amusing.

Play on England rugby player ‘Geoff Parling’. I stand by that these are all still better than Luther’s.