A catfish, Urban Dictionary says, is ‘someone who pretends to be someone they’re not using Facebook or other social media to create false identities, particularly to pursue deceptive online romances.’ The increase in social media and dating sites combined with little boys that are clearly struggling to overcome their Oedipus complex has created a surge in fake profiles.

It’s speculated that roughly 20% of Tinder profiles are fake. Before I begin I want to make it clear that I do understand boys are catfished too and it is equally dangerous, however due to me being a female I can only discuss this from a girl’s point of view. Another thing I am aware of and you should be too is that if you’re talking to someone and reading this thinking ‘oh shit he can’t be trusted’, relax.

Lying about who you are is inexcusable. I will come across roughly five catfish profiles a day, I have never managed to get caught out by them. There are always sneaky signs to indicate that you are not talking to the right person.

Hint: if it seems too good to be true, it probably is. I’m not suggesting by any means that if you match with a sexy model it is completely impossible that it is them! If by some miracle you meet Mr Perfect then good for you girl. But the amount of ‘models’ that have popped up on my Tinder are obscene. Most Tinder catfishes these days seem to steal the identities of Instagram models Francisco Lachowski and Vincent Kowalski.

With most girls, when we know your first name we probably know everything about you, from what holiday you went on in 2013 to what your profile picture was on your 2011 MySpace page. We are sneaky af. Catfishes generally use their real name or ones they can think of off the top of their head, they will avoid using the model’s name which makes it tricky to identify them.

A simple way of seeing if they are this godly fitness model they claim to be would be if they link a model management agency, search their name in the bar on the website to see if that model comes up. After conversing with Saaj (see below) for a while I got a Catfish kind of vibe so I googled his modelling agency and simply searched his name, and shockingly there was not a single Saaj on the website. 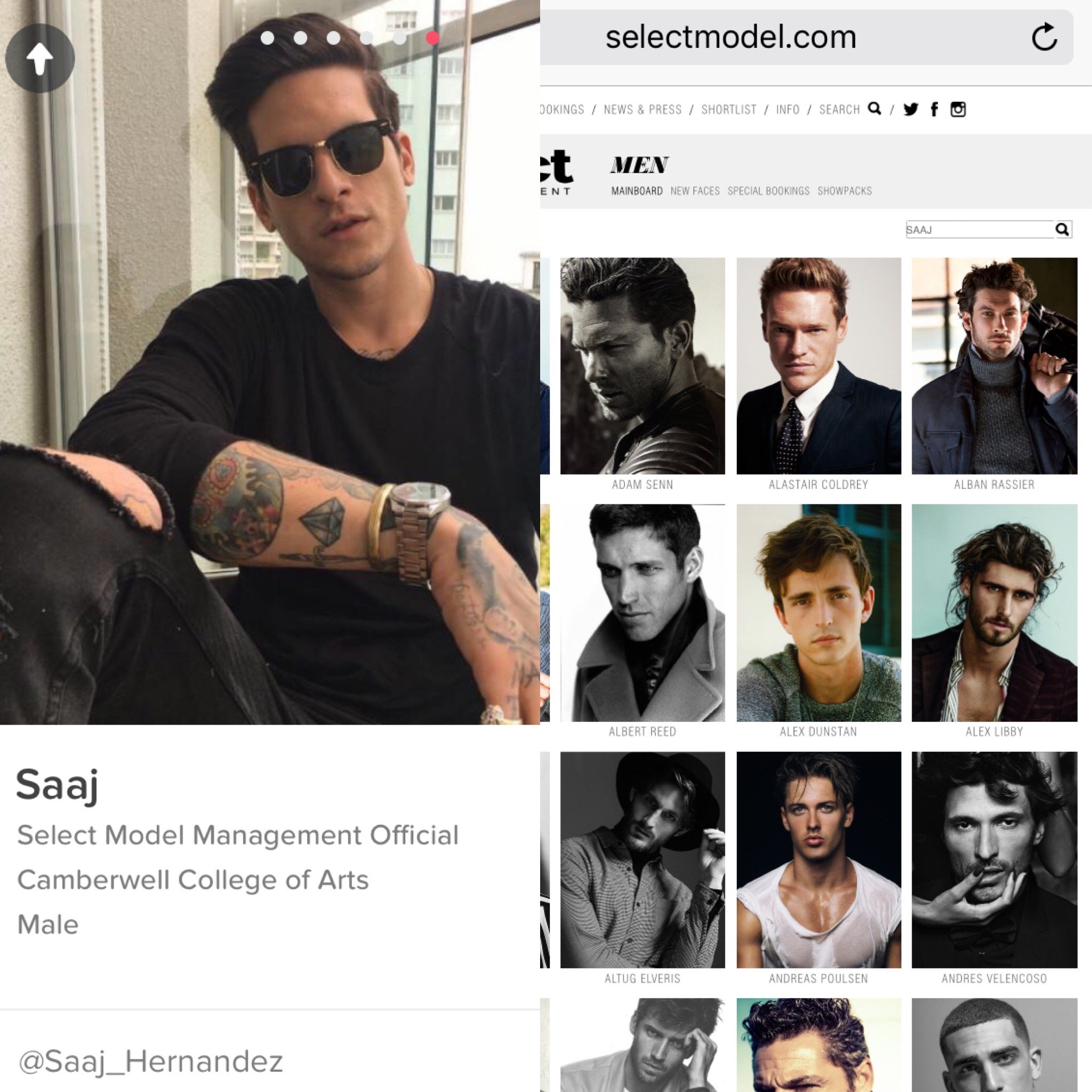 Look to see if they’ve linked their Instagram, if they haven’t and they’ve just put a username that is a sign that maybe they aren’t who you think they are. Seeing as with Tinder you are perfectly capable of linking your Instagram page to your profile it seems odd that you would choose not to.

Another thing, if this person really is that glorious, and you then look on their page to see they only have 230 followers, the likelihood is, it ain’t them. 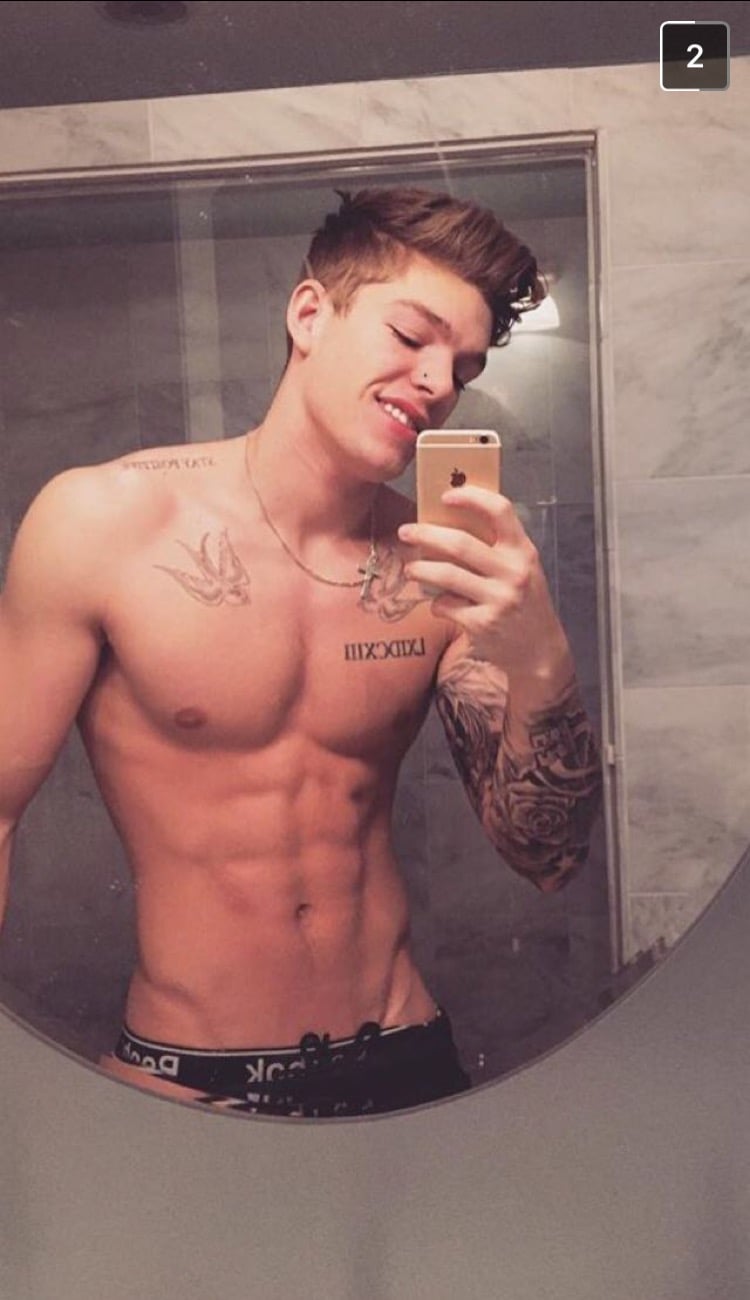 A snapchat I was sent by an experienced Catfish

One of the first things you should do is ask for a Snapchat and see what they reply, for the rookie Catfish it will be something along the lines of ‘I don’t see the point’. I get that it isn’t everyone’s cup of tea but at the end of the day if they are a famous model, their job will be based around vanity and social media, they are more than likely to have one.

If they give you one please bare in mind that these guys are SUPER CLEVER. Likelihood is they will be able to send you a convincing picture of the model’s face, Snap Upload or Fake a Snap application for example, allows you to upload a picture and send it as though it was an actual snapchat: 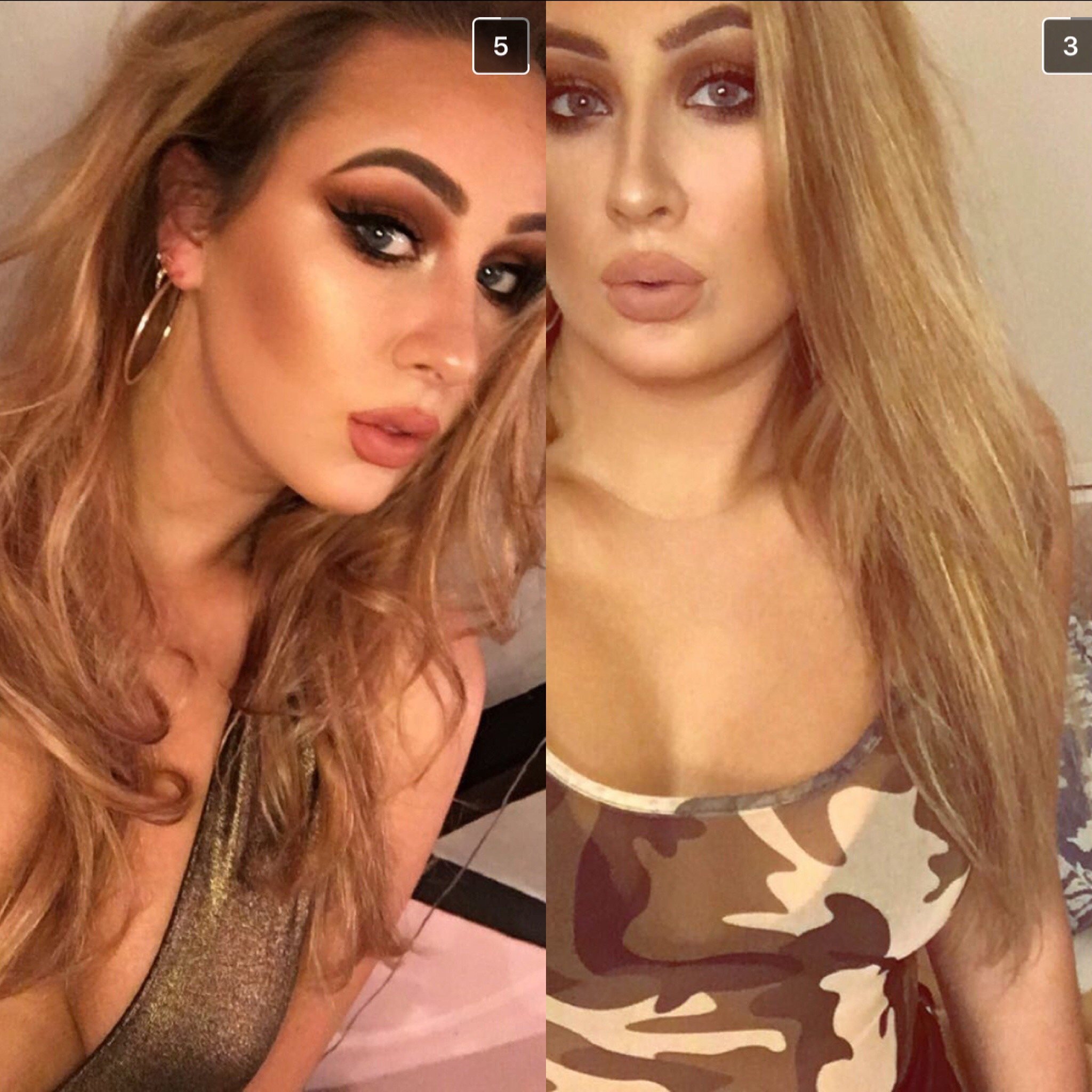 My two attempts at using the app (how f*cking creepy is this?)

Slight giveaways would be if the picture looks way too posed, if it’s really pixelated or if they are sending you very similar snaps all the time.

Other forms of social media

If their profile picture on WhatsApp is of something other than their face that’s another good clue, these people supposedly have a life outside of catfishing innocent boys and girls so they can’t really have a picture of some random man on their account. Another useful thing to do is Facebook search their number, however a lot of the time people do hide their number to only be searched by people they are friends with but you might get lucky.

Now for my favourite part, this is the big one, the most obvious indicator that someone is a Catfish, Google reverse image search them.

If no name comes up, sometimes there will be references to people’s Instagram pages where people have posted the same picture of your model ‘bae’, go to their profile and check the hashtags or tags of people on it. For instance after image searching Saaj all I had was several links to Ray Ban images. After a while I found the hashtag ‘maceyork’, I searched the hashtag on Instagram and bingo, there was my guy, a model named Diego Fragoso (if only). 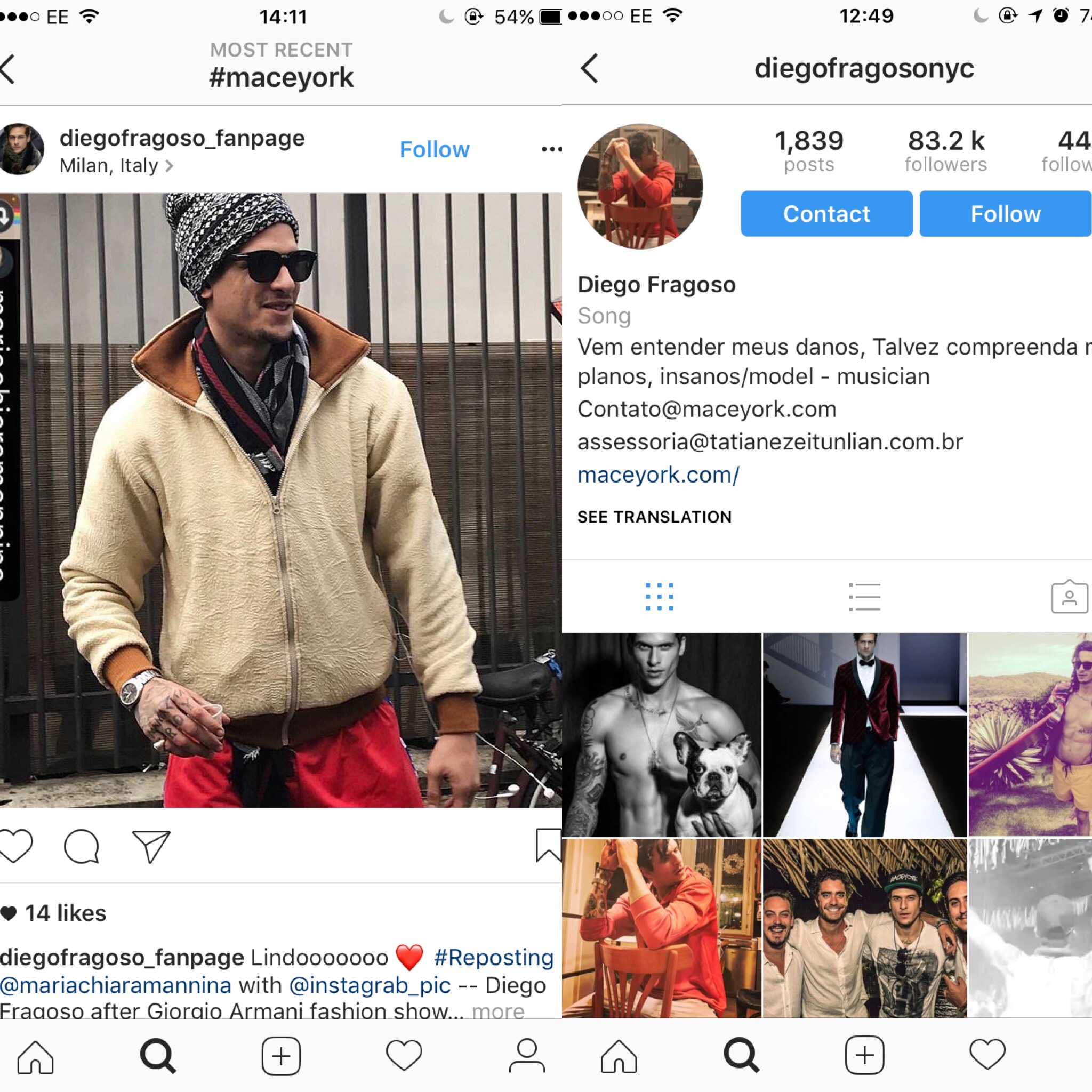 Don’t leave it to chance

If you’re really unsure don’t be embarrassed by asking them to do a certain thing, pose it as a compliment: ‘You’re too good looking, prove to me it’s you and not a model’. It sounds simple but if they are a real person it is unlikely that they will take this as an insult. 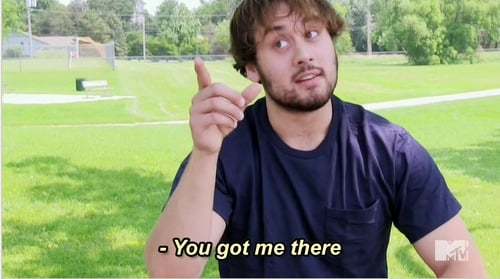 My favourite Catfish episode to date

After I pointed out the obvious, that Saaj was not in fact a model living in the North East, I heard nothing from him. I was unmatched on Tinder and I blocked his number. Do make sure you block their number, you don’t need that negativity in your life.

Before you expose them, report them to Tinder. I don’t really know how much use this is but at least there is the hope that the profile is taken down and other people can be safe. Also if you have managed to identify the person whose photos they are using let them know, you have no idea, this Catfish could be the best wingman you have ever had.

Tinder I’m sure for some people can be a wonderful place, but like everything on the internet, it can have a dark side. As long as you are aware of the risk and you can keep yourself safe then keep on swiping. At the end of the day these are just strangers, you have no idea who is behind that screen.