‘We don’t believe our campaign encourages drug use’

Last week Newcastle University Students’ Union said it would start selling £3 drugs testing kits that enable members to find out exactly what’s in their drugs. It was the first union in the country to do so.

But since its launch it’s received criticism from BBC Newsbeat and other online sources stating the kits give “false readings” and doesn’t tell users the strength of the drug.

Now, the Newcastle representatives of the company, Ollie McNally and Holly Robinson, set the record straight. 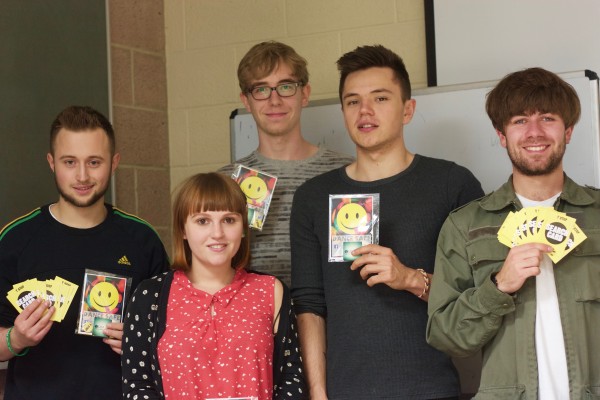 In the past week, our drug testing campaign ‘Test Your Drugs, Don’t Test Yourself’, gained a lot of national media attention. A good amount of coverage focused on perceived drawbacks to the campaign which were actually addressed by information provided with the kits; unfortunately only one outlet ever requested to see this, and they ran their piece before they had received it.

For anyone reading this who does use any illegal drugs, do not to be put off using our test kits by any negative media coverage. While they’re certainly not perfect, testing your substances with these kits and then following our included advice about sensible dosing, avoiding re-dosing or mixing drugs etc, should greatly reduce the chances of fatality or ill health due to pills containing PMA, or overdoses of MDMA; the culprits behind most of the recent ‘ecstasy’ related deaths. 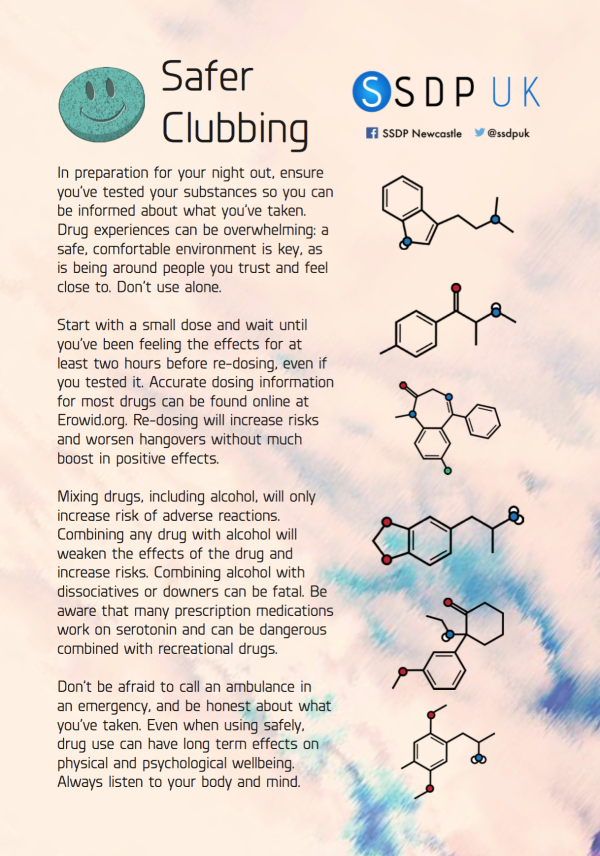 Perhaps the most common criticism was about the reliability and accuracy of the kits, most notably BBC Newsbeat’s visit to a lab to put them to the test. We were told they were able to identify a sample of MDMA, but not a sample of ketamine. Not that we are accusing the BBC of anything; but we weren’t present during the tests, and do not believe that two tests with a limited range of substances is a fair trial of their overall effectiveness. Additionally, the kits should be used to indicate when a substance might be something unexpected, not confirm what a substance ‘is’.

We will, however, be the first to admit that these test kits are not infallible, and we clearly outline this on the leaflets we provide with them. Their purpose is simply that if something unexpected is flagged, the user can throw the substance away before it gets consumed and puts anyone at risk. Failing to find something unexpected does not mean the substance is ‘safe’, and should the user still wish to consume it, we recommend they take a small dose and avoid re-dosing. 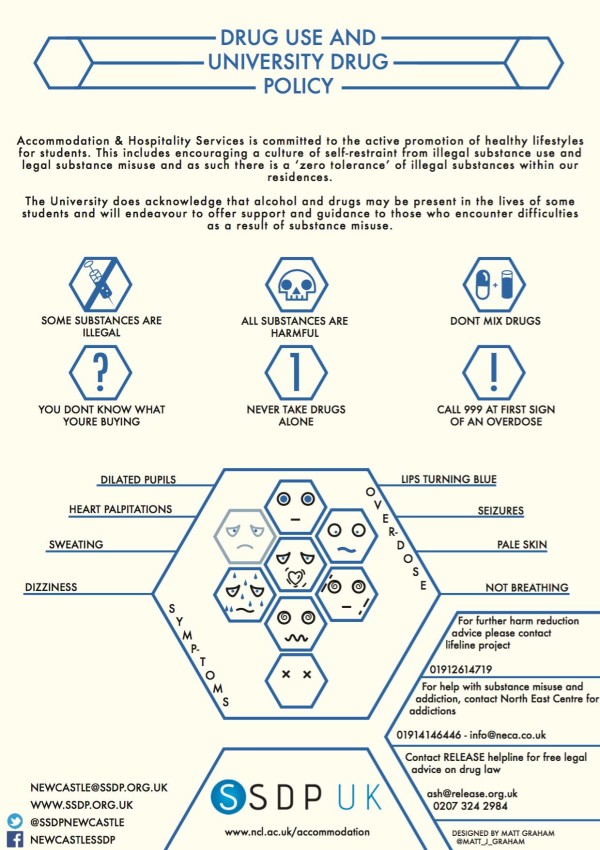 Data forwarded to us by EZTest (the manufacturer of the kits) said the following: out of a sample of 180 substances thought to be MDMA taken from EcstasyData, only 11 could cause a false positive for MDMA; 8 of these due to presence of MDA (unproblematic), 3 from a mixture of MDMA with a potentially problematic adulterant. Adulteration deaths however tend to come from batches with no MDMA and entirely something else, like PMA. If the kit is not out of date or defective, EZTest state this should be detected. We do also include two kits with our packs to improve reliability.

One other common problem raised was that our campaign was doing nothing to address the recent bout of MDMA-overdose deaths, and in fact could lead to more if people believed testing a substance makes it totally ‘safe’. If you read the leaflet we supply with the kits, however, you will see that we include clear instructions pertaining to dose control to be followed after testing, and also include a detailed info card on spotting overdose symptoms, along with emergency numbers. 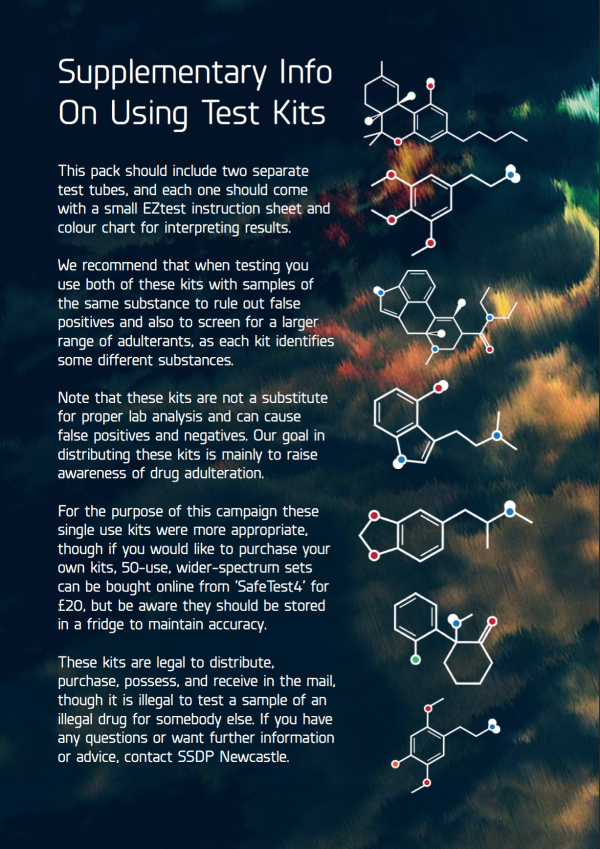 Overdoses from MDMA are a serious and current problem, but given the lack of ability to test for dosage in pills (powders can simply be weighed), this is not an issue we can directly address. Instead we addressed it in the best way we could; by directing users to our harm reduction information, online dose information such as that at erowid.org and resources that provide estimated dosages for current batches of pills such as pillreports.net. We would ideally provide true lab analysis of substance contents and dose, but it can’t happen under current legal restrictions.

Given that the decision to use these kits is secondary to the decision to use drugs, we don’t believe our campaign encourages drug use. Similarly, we believe that without the kits, users would still use the substances they’ve bought; except they won’t have tested it, or have been informed about dose control and other drug-related health concerns. Student drug surveys consistently show that around 50% and up of students in this country are using illegal drugs, and their health needs to be kept as intact as it can be. Until better testing options are available, harm reduction initiatives like this are essential to improve the health and wellbeing of the student community.